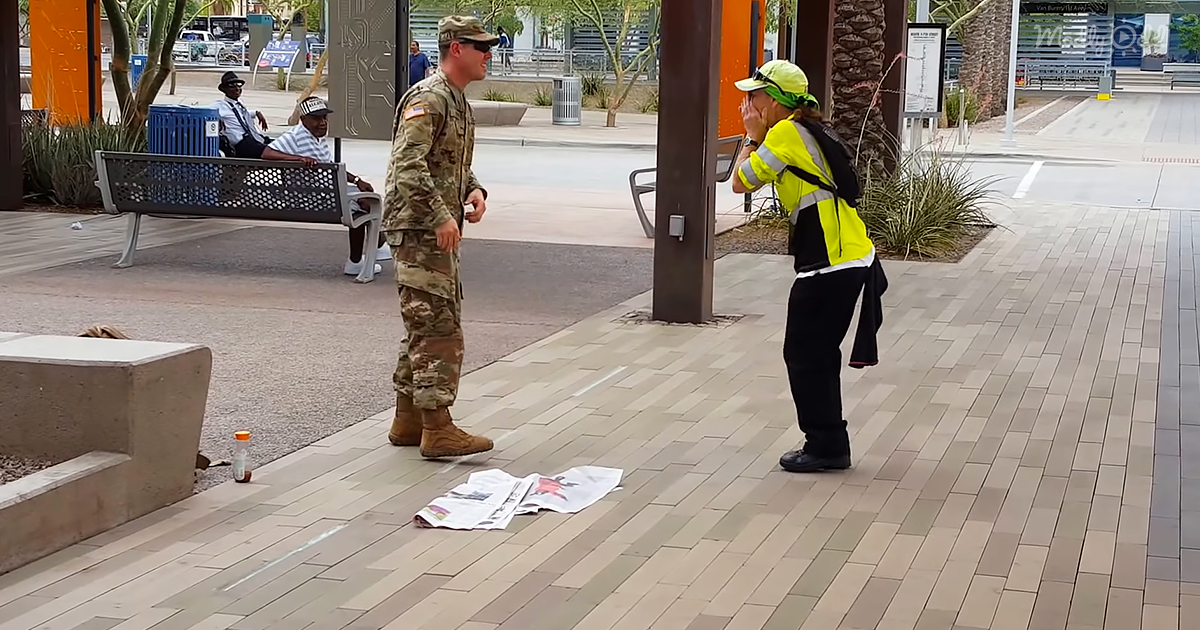 A soldier surprises his mother by returning home a full month earlier than he told her. Seated in full military uniform outside of her work, a loving son waits reading a newspaper. His mom has no clue that he is even in the country.

He may have had to wait for a while, with a co-conspirator eagerly filming, but the sight and sound of his mother’s excitement were worth every second. She could barely believe her own eyes on that wonderful Summer day of 2016. The returning soldier’s mom almost walks past, having to look twice to confirm that she’s actually seen her son.

Seated in his uniform outside her work, a returning soldier gets the response he was hoping for when his mom has to triple-take at what she’s just seen. This mother couldn’t contain her joy after realizing that it actually was her son sitting there. After all, she had thought that he’d only be back in a month. 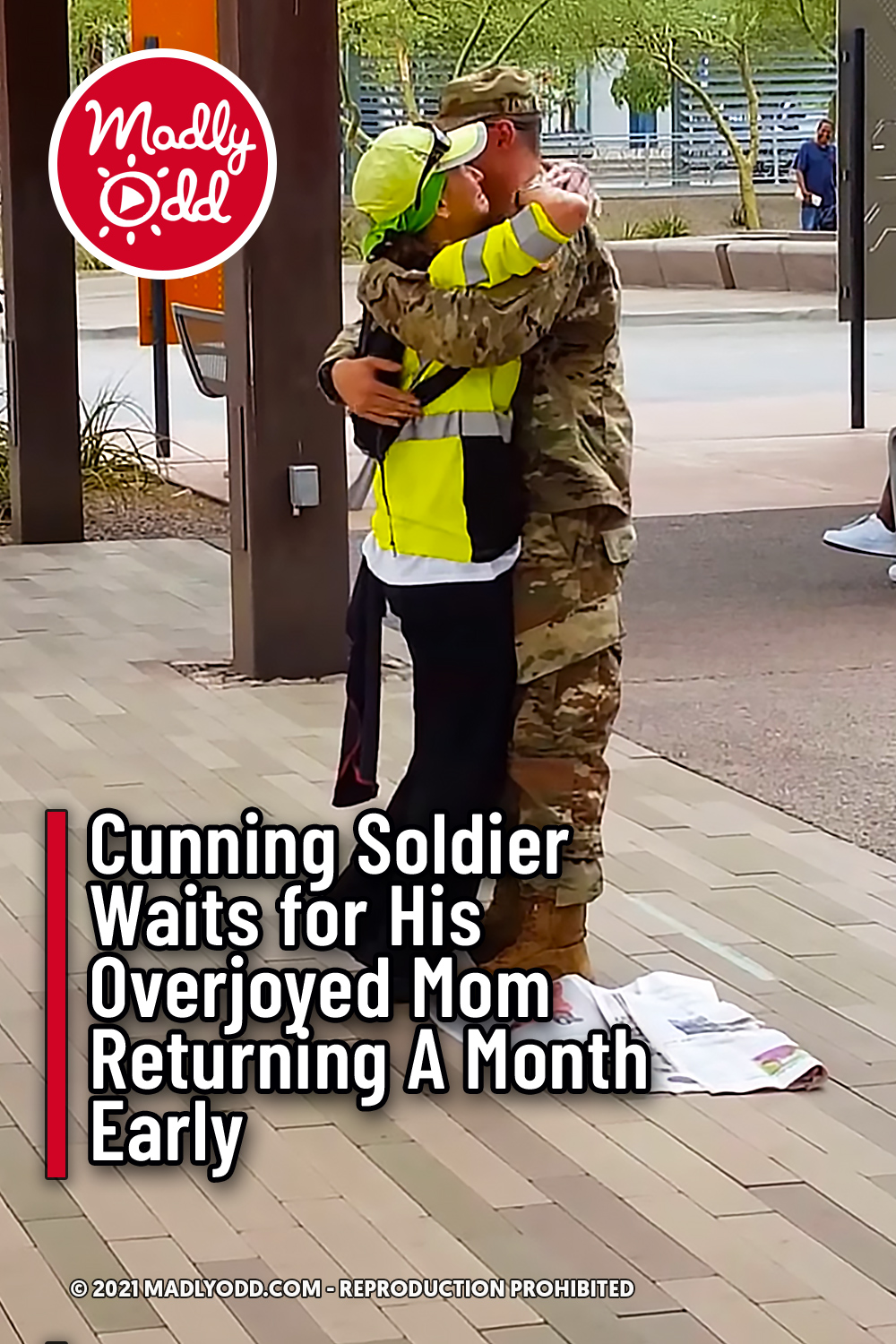