Who remembers the “Looney Tunes “caricature of the “Tasmanian Devil” the whirlwind created as it sped from place to place, its insatiable appetite, and it huge head. Well in truth, the character is not that far off from the truth. Tasmanian Devils, or “Sarcophilus Harrisii” to their, is the little creature that can only be found on the island state of “Tasmania” in Australia. Since 1941 these highly unusual animals have been on the protected list but are still very much endangered today.

It is thought that the ‘Devil” migrated to Australia form what is now “South America” tens of millions of years ago, during the time of “Gondwana” and that they evolved as the continent became more and more arid. They became extinct on mainland Australia, but when this happened is the source of many a debate in the scientific world. Most agree that it was probably around 3000-years-ago.

So why are they only now found in the in the southernmost part of Australia and Maria island off the coast of Tasmania? There is a theory that these unique creatures became extinct because they were prey to the Dingo, and that because Tasmania does not have a Dingoes their population thrived there. But unfortunately for this hapless little marsupial, local farmers thought that were a danger to livestock and hunted them for their fur until their numbers became so few that they were officially declared “Endangered”.

A new threat to the species emerged in the 1990’s in the form of a disease called DFTD, “Devil Facial Tumor Disease” and has drastically reduced the number of Devils and is a serious threat to their very existence. There are now government introduced programs to help save the Devil and increase its numbers. Tasmanians Devils are now being sent to zoos on all parts of the globe to ensure that their numbers increase, this is all part of a program the Australian government has set up called “Save the Tasmanian Devil”

As part of this initiative an organization called “Devil Ark” was established to breed the Devil, and to protect it from extinction. In the video below we see Devil Ark general Manager, Tim Faulkner, taking the cutest little devil you will ever see for its first walk. Its first steps are a little tentative, but once it gets a feel for ground under his feet, the fun begins.

These creatures can grow to the size of a small dog, and by the looks of it are just as playful. When you watch the clip you will not be able to wipe the grin of your face as this darting-devil chases Tim all over the yard. Share this with your friends, as I think everybody should be aware of the fate of these rarest of animals and be aware that we as humans have a responsibility to protect are wildlife. 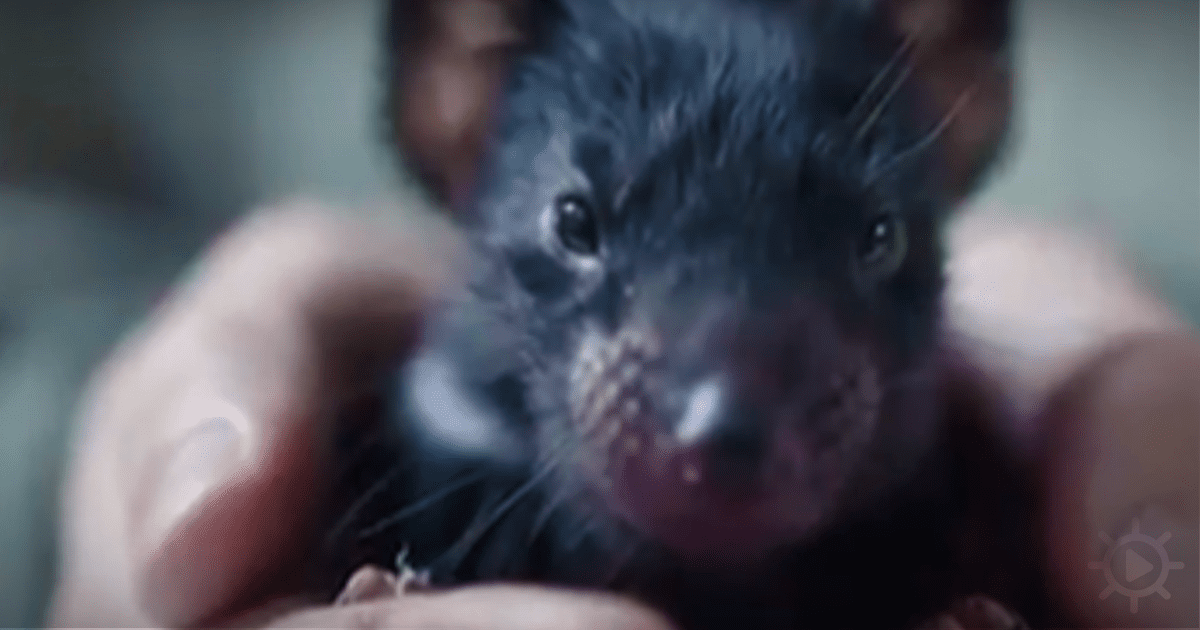