Sociable animals, that’s what we human beings are, but what of the other creatures we share the planet with? How many other animals out there do you associate social activities with? Sure, we all know that dogs are very social, and just love company, both their own kind and of course the humankind. Cats are social as well, all-be-it on their own terms. Parrots, Cockatoos even furry-little-ferrets can be sociable, it all depends on their upbringing.

Social skills in any creature are something that has to be taught. When we own a dog we train it to be social by allowing it to mix with other dogs, whether it be in the park, on the beach or just in your own backyard. I am constantly surprised just how intelligent our four-legged-friend can be. How alert to their environment they are and how they can tell when something is not right.

For example, where I live there are a few snakes that call the area home. One morning I awoke to the sound of my dog barking, it wasn’t her usual bark, not a bark that is saying hello to the other dogs in the neighborhood, but a bark that told me that she was upset about something. Now our dog is a funny creature, almost a creature of habit in fact, and she doesn’t like it when something is out of place. If there is a leaf in the pool she will let me know if there is a beetle on the floor she feels it’s her job to inform me of the little intruder, but on this morning it seemed a lot more urgent. 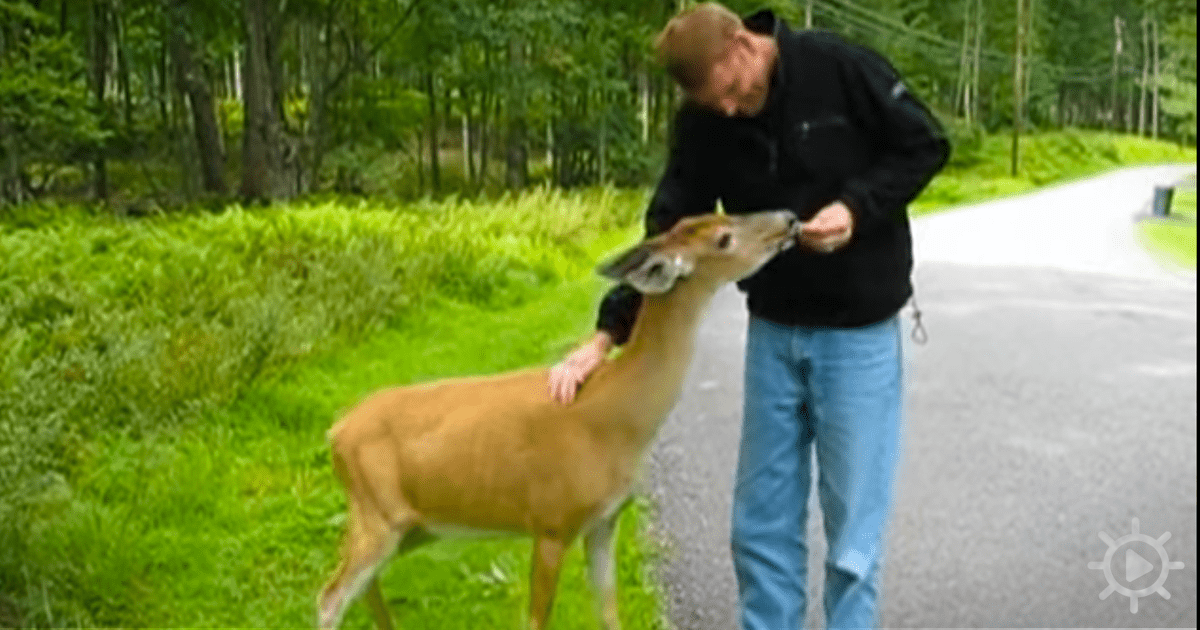 As I came down the stairs, I could hear her near the back door. She was sniffing at the ground, using her paws to try and open the door, so I called her back and cautiously slid the door open. By this stage, I had already assumed that there would be something waiting for me on the other side of the now half-opened door. Low and behold, a snake. I wasn’t the biggest snake I have had to deal with, and it was soon picked up and places safety on the other side of the wall, happy I’m sure to get away from a menacing-barking-Rottweiler.

“Good girl Kira” I said as I rewarded her with a treat, in her concern for my family, she had tried to warn us of the danger of our little visitor. Again, the intelligence shown by our canine friends is a wonder to behold sometimes. Now it’s easy to explain-away how a dog can be so clever and social, but what about a deer?

In the clip below, a very friendly deer approaches a tourist in a park and tries to communicate with him. When I say communicate, I mean that the deer nudges our friend and tries to coax a treat out of him. This, of course, works, as our human friend is so taken by the little deer that saying “no” was just out of the question. This clip is so cute that you will be sharing it with all of your friends.