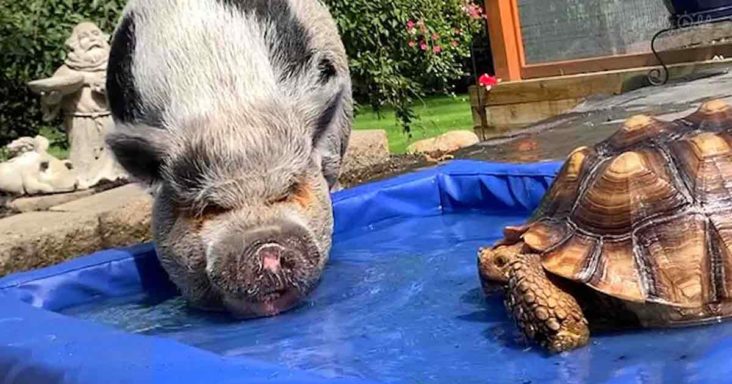 Krista recently adopted an African Sulcata tortoise named Marion. The tortoise roamed around her yard freely. Krista’s two pigs were scared of the innocent and beautiful animal. However, the third animal, Cleveland, a rescue pig, was inquisitive about the tortoise. 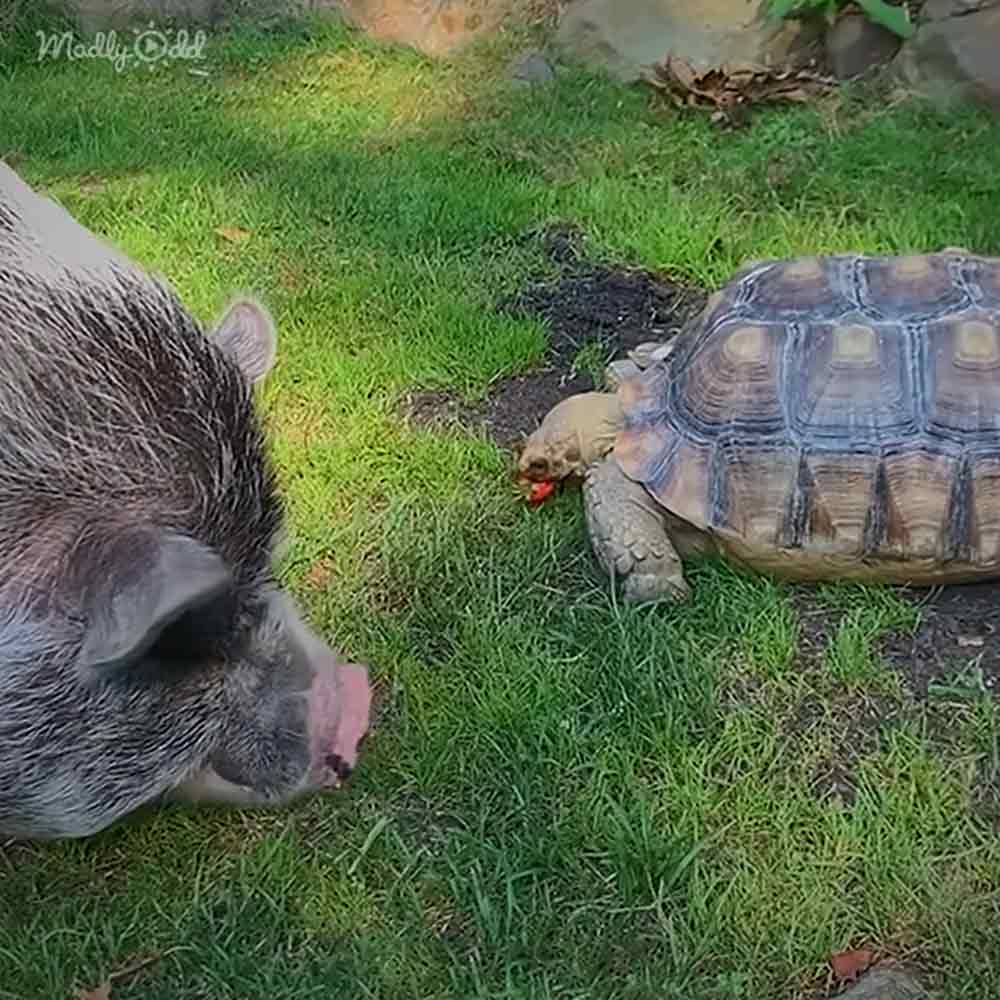 The first time Cleveland walked over to the tortoise, he sniffed at her, forcing the little animal to put her head and legs back inside her shell. After that, Marion was unsure of the pig, but later she quickly realized that Cleveland would not hurt her.

Little Marion then walked right underneath the pig’s belly and walked around comfortably. Cleveland became her bestie. That was a good indication of the trust they had for each other. The rescue pig, Cleveland, came into Krista’s life accidentally. The poor animal was found literally in downtown Cleveland. 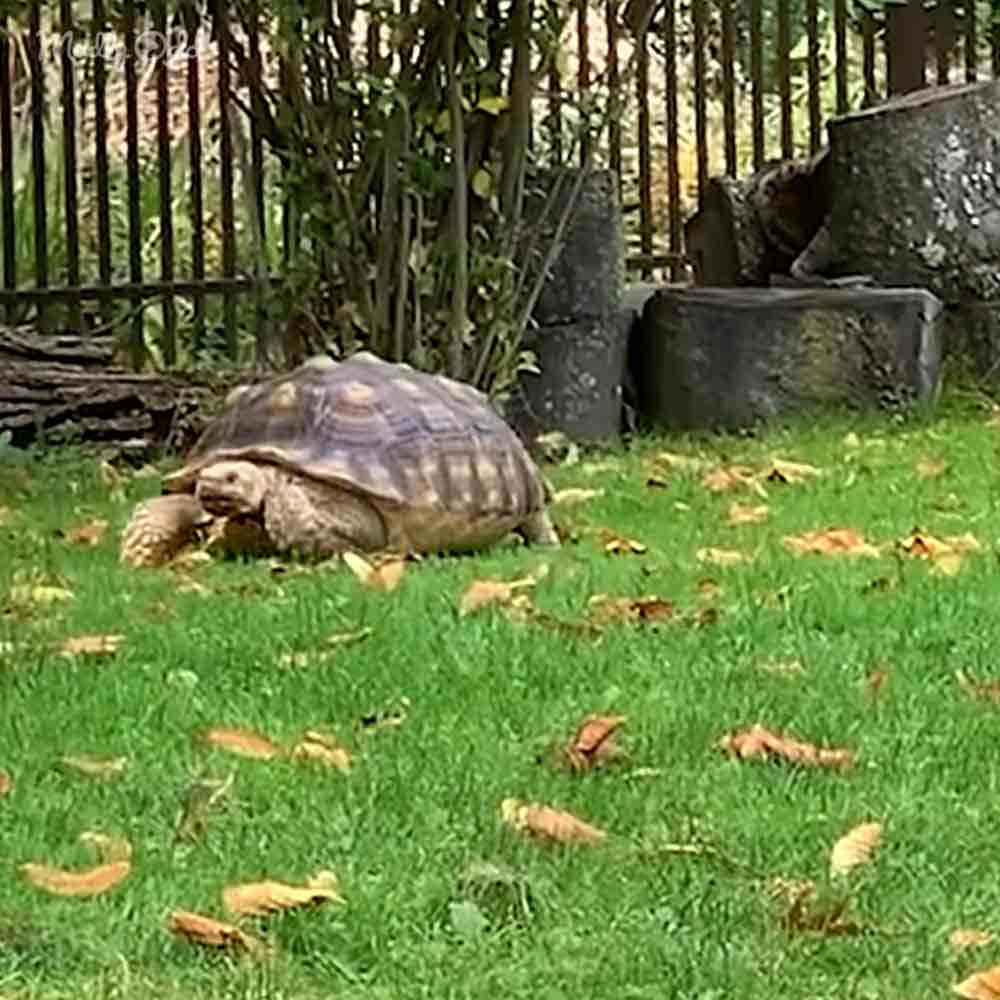 His skin was severely infected, and he had a fracture. That was when Krista got involved as she was worried about the pig. The kind woman already had two pigs, so she thought she could help this needy animal and care for him.

She knew Cleveland would heal independently if he had enough bed rest. So Krista moved the pig into her basement to start his rehab. He brought a lot of joy to her family. But unfortunately, the cute pig was a foster failure and stayed with Krista. 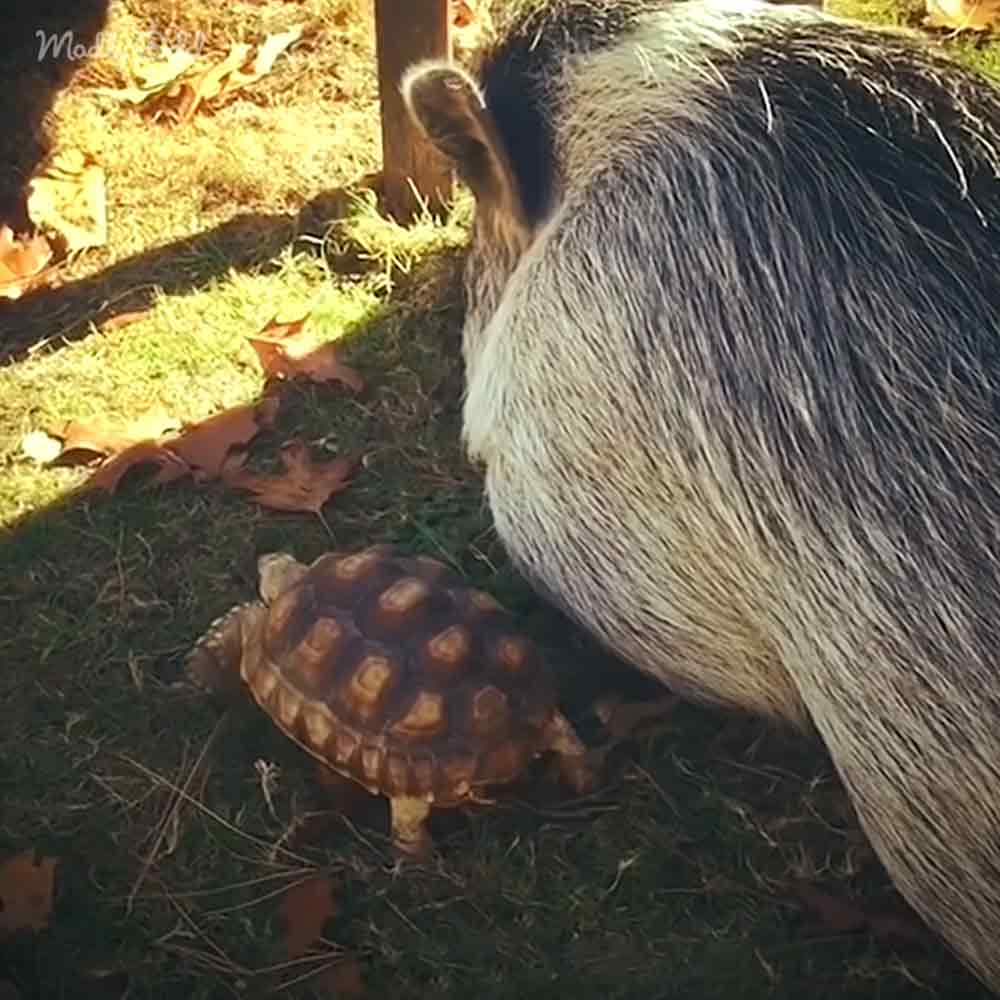 Marion was Krista’s African Sulcata tortoise. The kind woman ended up adopting her as a baby. The tortoise’s mom was always worried about her and knew she needed a friend. That’s when Cleveland joined her family. When the rescue pig moved out of the basement and started going outside, he loved rolling in the pig pool.

Marion would join him in the pool and soak herself in the water. That was when the naughty pig would put his snout in the water and start to blow bubbles. Then, they would sit in the yard and be together and would enjoy strawberry treats together. Cleveland helped Marion become comfortable and knew that he was safe in his new home. 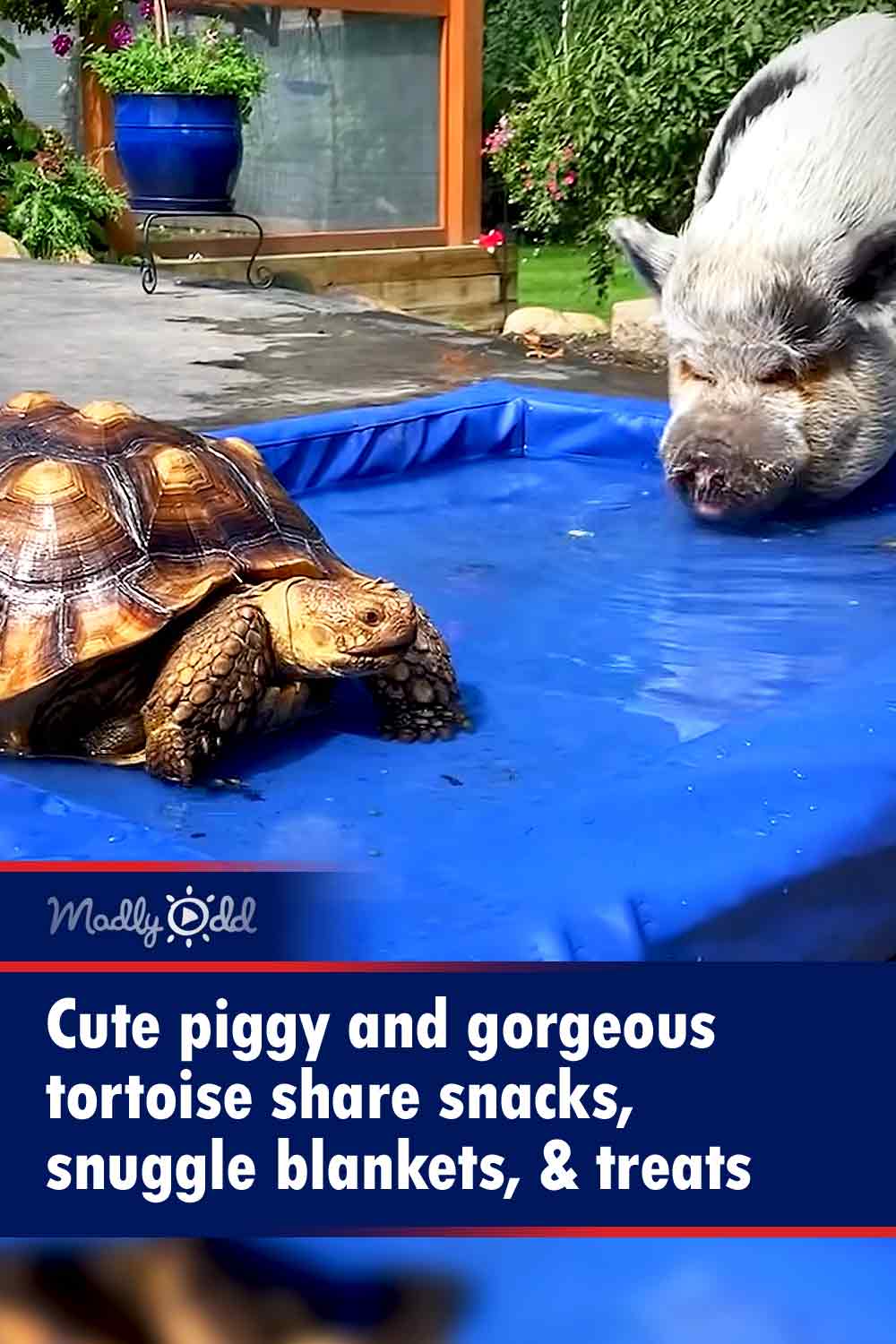