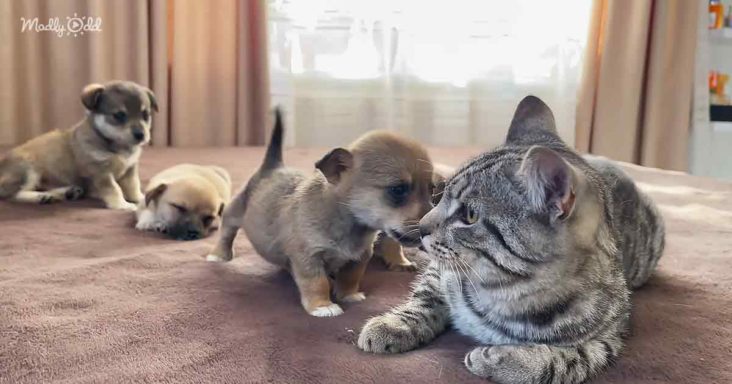 Taras lived with his partner, several pet dogs, and a cat in Costa del Sol, Spain. The pet siblings shared an incredible bond and always had a gentle nature towards the other pets. 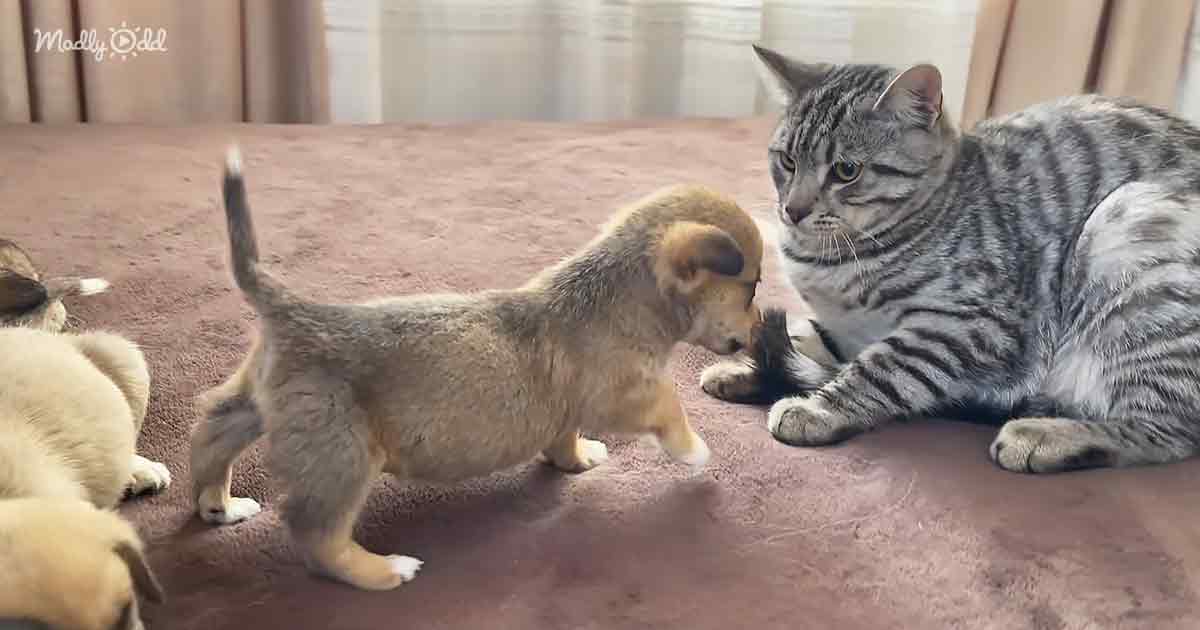 Recently, one of his dogs had given birth. So, Taras wanted to introduce the cat to the little ones. So, the owner placed all the puppies on a vast bed where his pet cat was resting.

Most of the puppies decided to rest and were probably in their own sweet world, dreaming about food. However, after one of the puppies woke up and walked toward the feline, he woke up the other siblings. 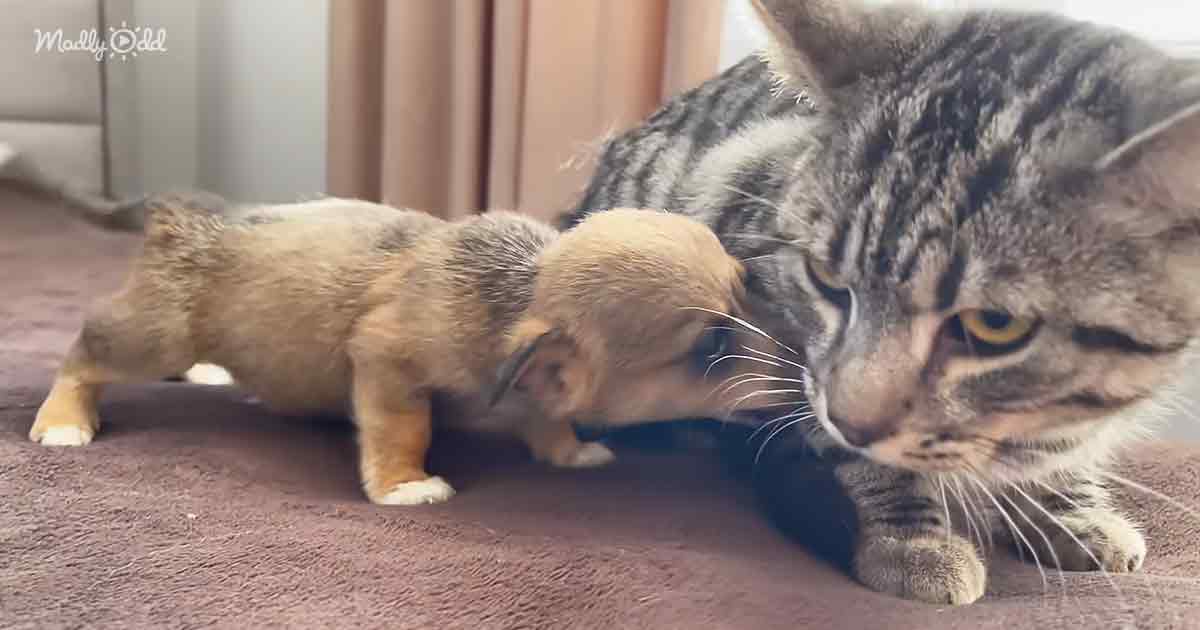 The cute yet naughty puppy had decided to playfully annoy the beautiful Tabby cat. He followed the cat around the bed as if she were his mother and repeatedly bit the cat’s body.

The poor animal was a bit taken aback by the boldness of the puppy and moved away. However, this did not make the little one go away. He followed the cat repeatedly and kept irritating her in his own sweet way. 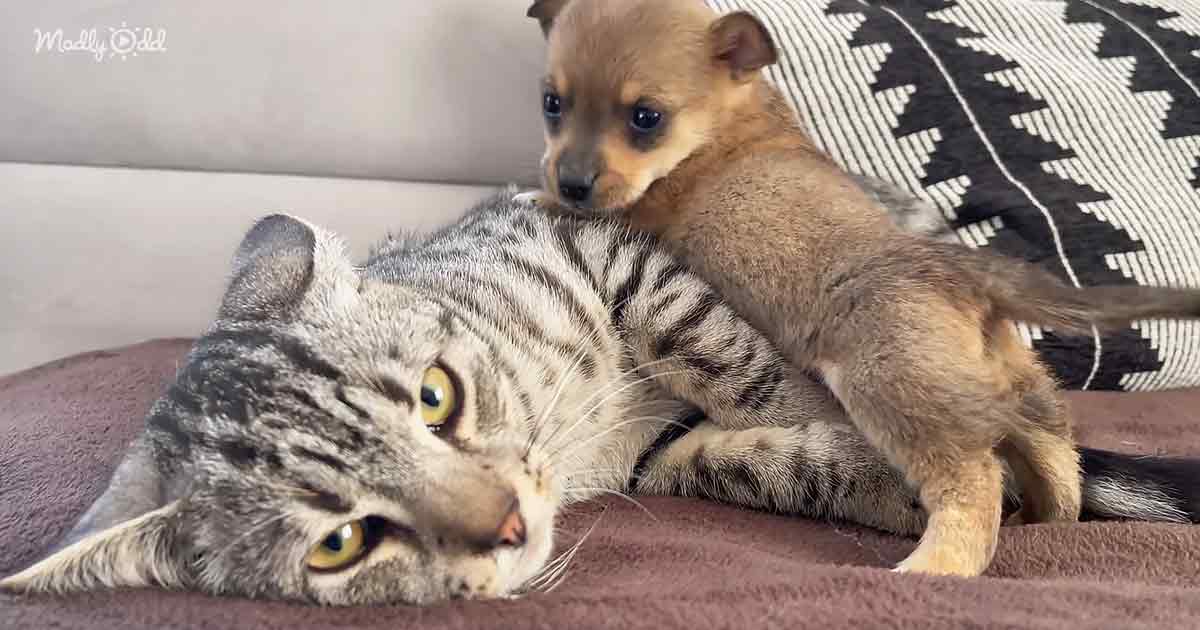 The cute puppy wagging his little tail looked adorable. The cat wanted to avoid the puppy at all costs, but the little creature did not want to leave her side. Instead, the naughty pup wanted to play with her.

He climbed on the cat’s back and continuously wagged his little tail. It felt as if the cute puppy was trying to give the cat a back massage thinking the feline would give in to his charm.