We all remember how hard it was to sometimes make friends when we were kids. It may be a case of moving to a new town, or a new school or for that matter starting school in the first grade. But it can be even harder when you are just that bit different from everybody else. I remember when I first moved to a city high school from the country, I was asked all sorts of questions by the other students that didn’t make a lot of sense to me. Are you a surfy? I was asked, what the heck is a surfy, I thought to myself, after all I had not yet seen the ocean, so surfing was a bit alien to me.

Soon though, you start to fit in and make friends, some still regard you as a little different, but they haven’t got to know you yet so it’s just a matter of time for them to realize that you are not that different from them after all. Being left out in the cold can be a devastating thing for a kid, the feeling of rejection, the loneliness, the whole why-doesn’t-anyone-like-me syndrome that can eat away at your insides. Then one person makes the effort and soon you have a friend to talk to and keep you company. 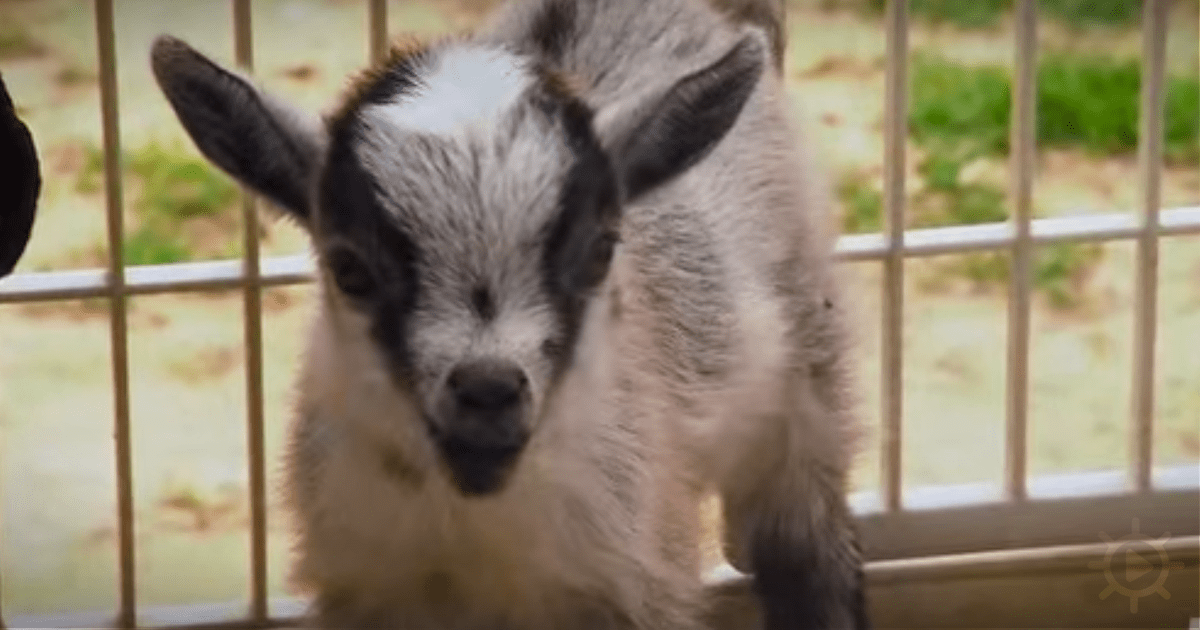 The clip below shows you just how hard it can be for a young kid to make friends. Pipsqueak, the pygmy goat with a mighty playful attitude has just been introduced to a litter of puppies that live on the same farm as she does. Her excitement at meeting all of these new playmates is overwhelming, and she greets them the only way she knows how. Let me explain a little. When baby goats, kids, play together they have a traditional way of greeting each other. Now I wouldn’t try this at home, but when two goats say hello, they head-butt each other, this is a goaty-sign-of-affection. It’s sort of cute in its own little way, but not too popular with other animals.

Now Pipsqueak wants nothing more than to play with her new-found-friends and approaches them like she would any other kid her age, and BANG, head-buts the first puppy she comes across. This doesn’t go down to well and the rest of the playful-pups decide to give her a wide birth. This doesn’t deter our little pent-up-ball-of-energy so she displays her agility skills by jumping and dancing all around the room. Still no impression on the puppy-club that seem to be determined to ignore her at all costs.

This video is so cute that you will want to watch over and over again, as our poor-little-pygmy tries to impress the canine-brat-pack with her hilarious antics.