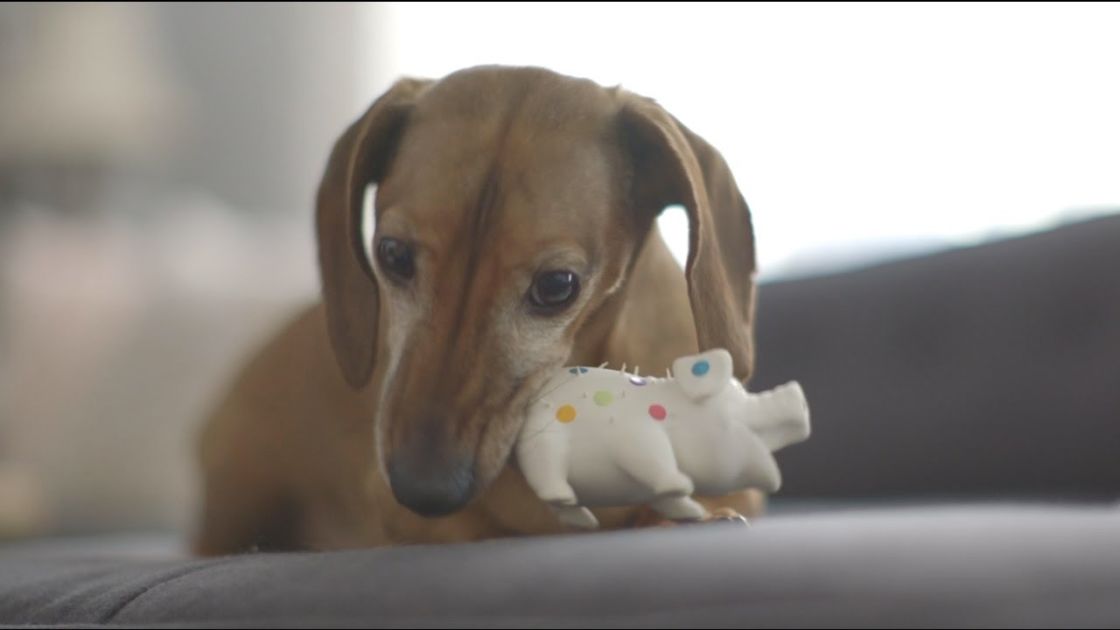 We all have a certain something that brings back memories of times past. A memento, song recording, or even an old letter can bring memories flooding back. The dog in this video surprises with his delightful reaction to a memento from his past – he’s reunited with a toy from his puppy days.

We see a Dachshund named Finn sitting on a sofa. He’s curious about what his mommy is bringing him, craning his neck forward to try to get a better look. Wow. It’s an old toy of his that he hasn’t seen in five years – a squeaky pig toy named – wait for it -Piggy. Not terribly imaginative on his mommy’s part, but what are you going to do? 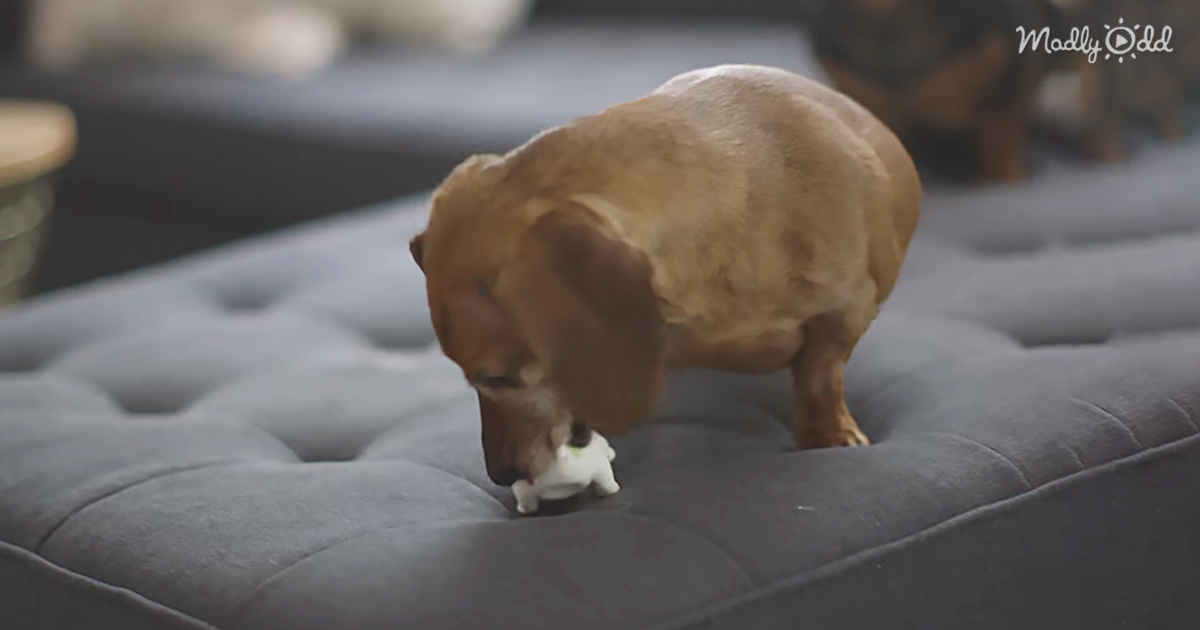 Finn’s tail starts wagging at like 100 wags a second when he sees Piggy. Finn is so overjoyed to see Piggy that he starts making a noise that he hasn’t made in a long time. He’s an older dog; you can tell because his face and muzzle look a lot more weathered. This Piggy toy, though, shaves years off him. He starts moving around and wiggling like he’s a young dog again. He’s leaping at Piggy when his mommy puts the toy on different spots on the sofa.

This is a fantastic reunion between the two. At the end of the video, Piggy falls off the sofa, and Finn has a stricken look on his face like he just lost his best friend again. Hopefully, his mommy quickly picked up the toy and put it back on the sofa. I’m sure he’ll get to enjoy Piggy many more times in the upcoming days. For a brief moment, Finn felt like a puppy again. 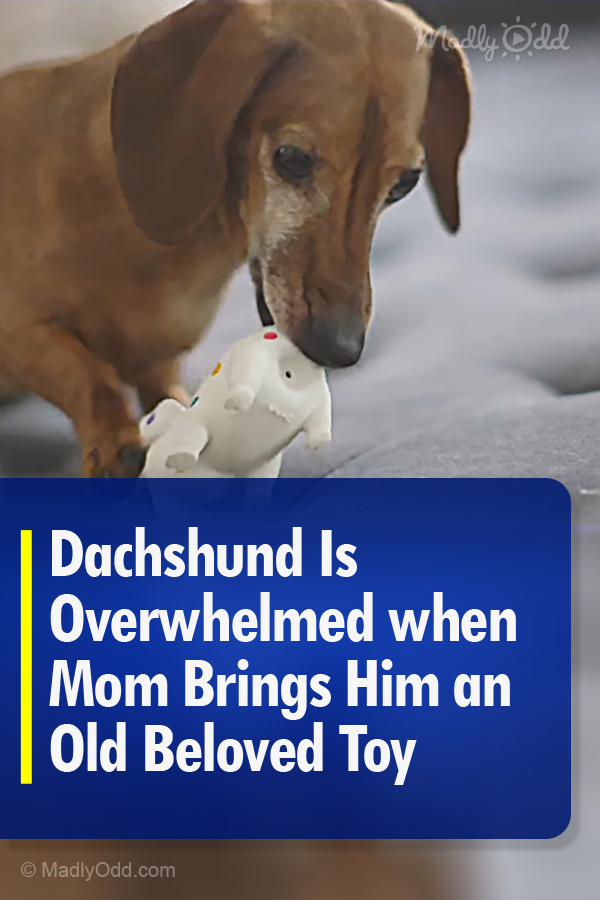