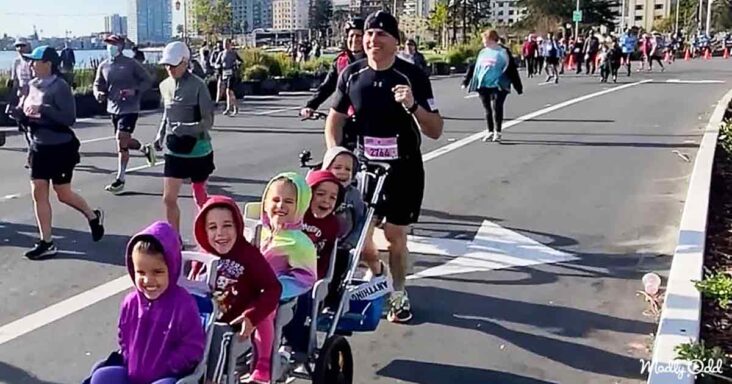 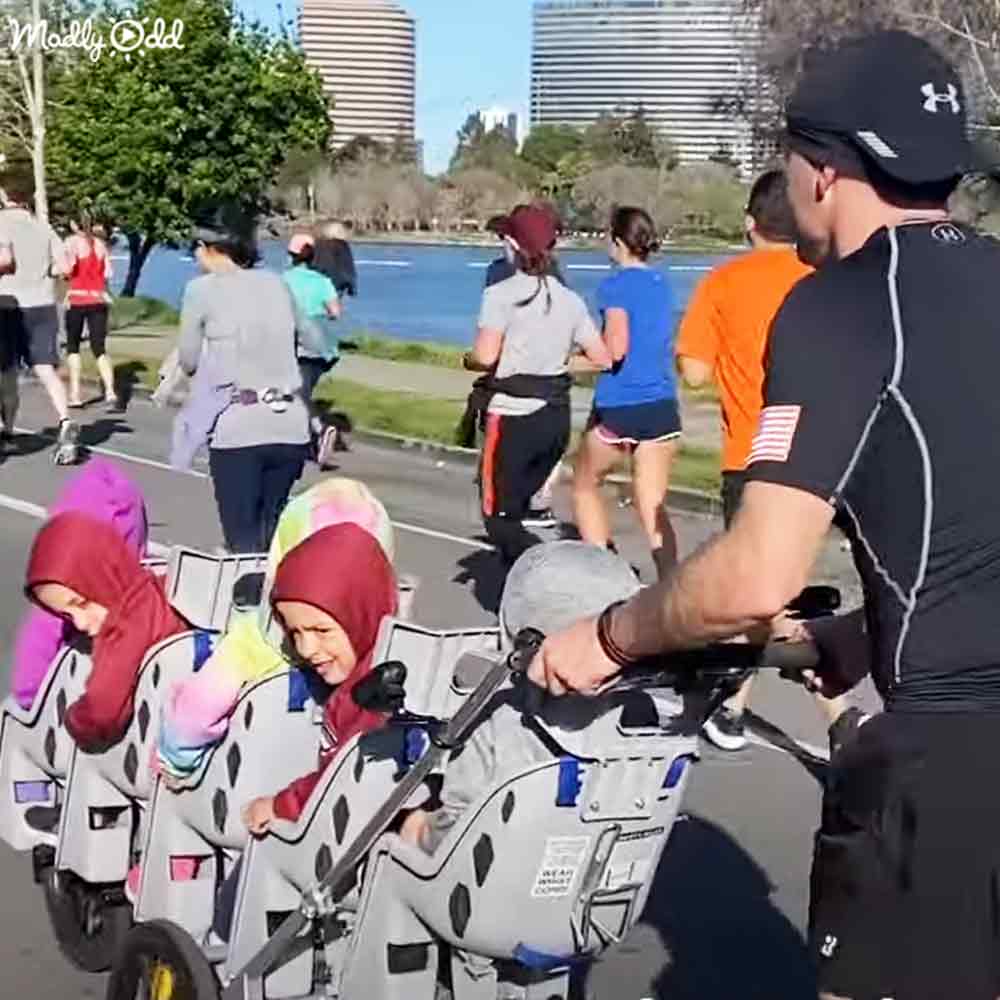 Recently, Chad Kempel participated in a half-marathon. He pushed his quintuplets in a stroller while participating in the race. Surprisingly, he set a Guinness Book of World Records by completing the race in 2 hours, 19 minutes, and 54 seconds.

Chad said that he knew the sight of him pushing his quintuplets in a stroller. At the same time, running would seem ridiculous to anybody. Nonetheless, people enjoyed watching him run with his quintuplets. The kids also got enthusiastic with people talking to them along the track. 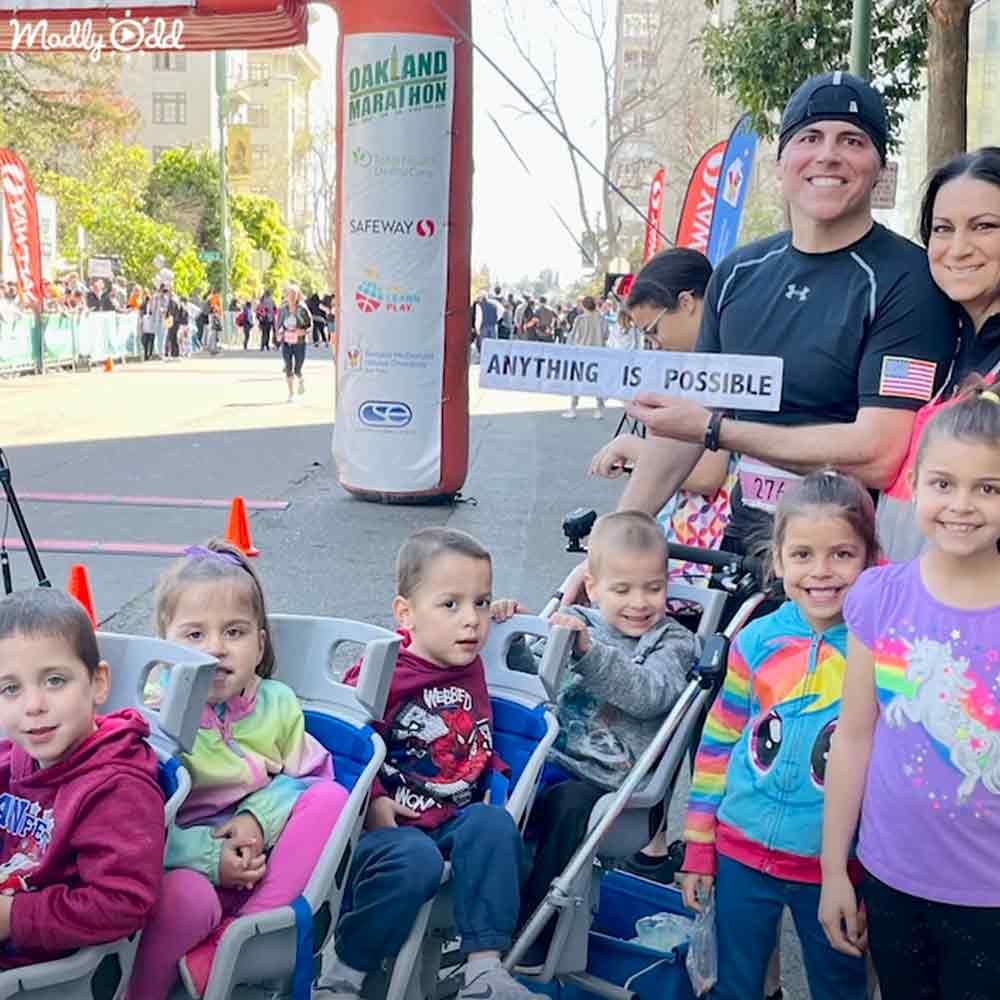 Chad and his wife, Amy, were parents of 7 kids. However, their life was not that easy, especially since Amy was diagnosed with quintuplets during her pregnancy. Amy carried the babies for 27 weeks and three days, weighing around two and a half pounds each.

Since their birth, the quintuplets fought for their lives. They spent 73 days in the NICU. Although the kids came out strong and healthy from NICU, the family has struggled. As a result, their daily lives were complicated. 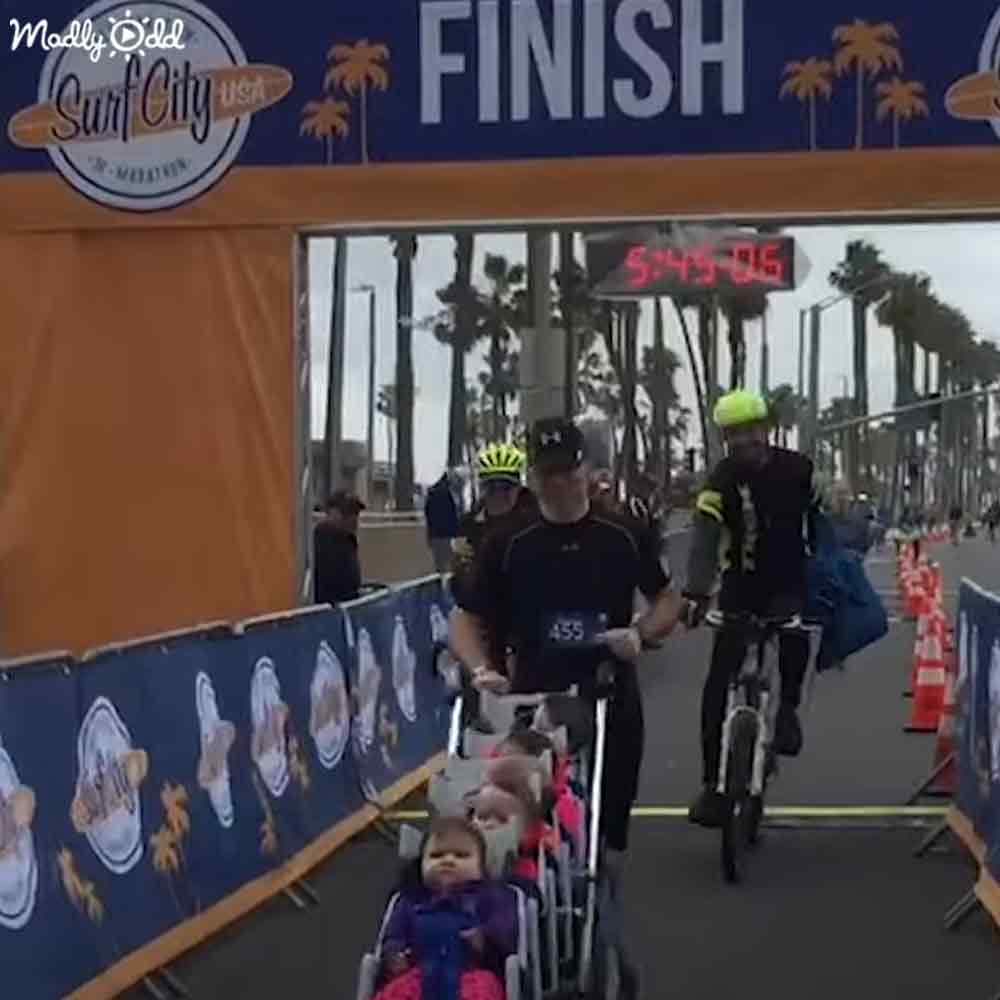 The two hours they spent running in the half-marathon were fun, and they all smiled. The older girls waited for them at the finish line. After completing the long race, Chad was delighted to reach the finish line successfully.

Chad always used to run with a placard that read, “Anything is Possible.” He wanted his kids to grow up believing in the phrase. Chad said that Amy was worried about how they would take care of the family when she was at the hospital. Then they set a World Record, winning a half-marathon pushing quintuplets. Earlier, Chad had set another Guinness Record for a full marathon pushing his quintuplets. 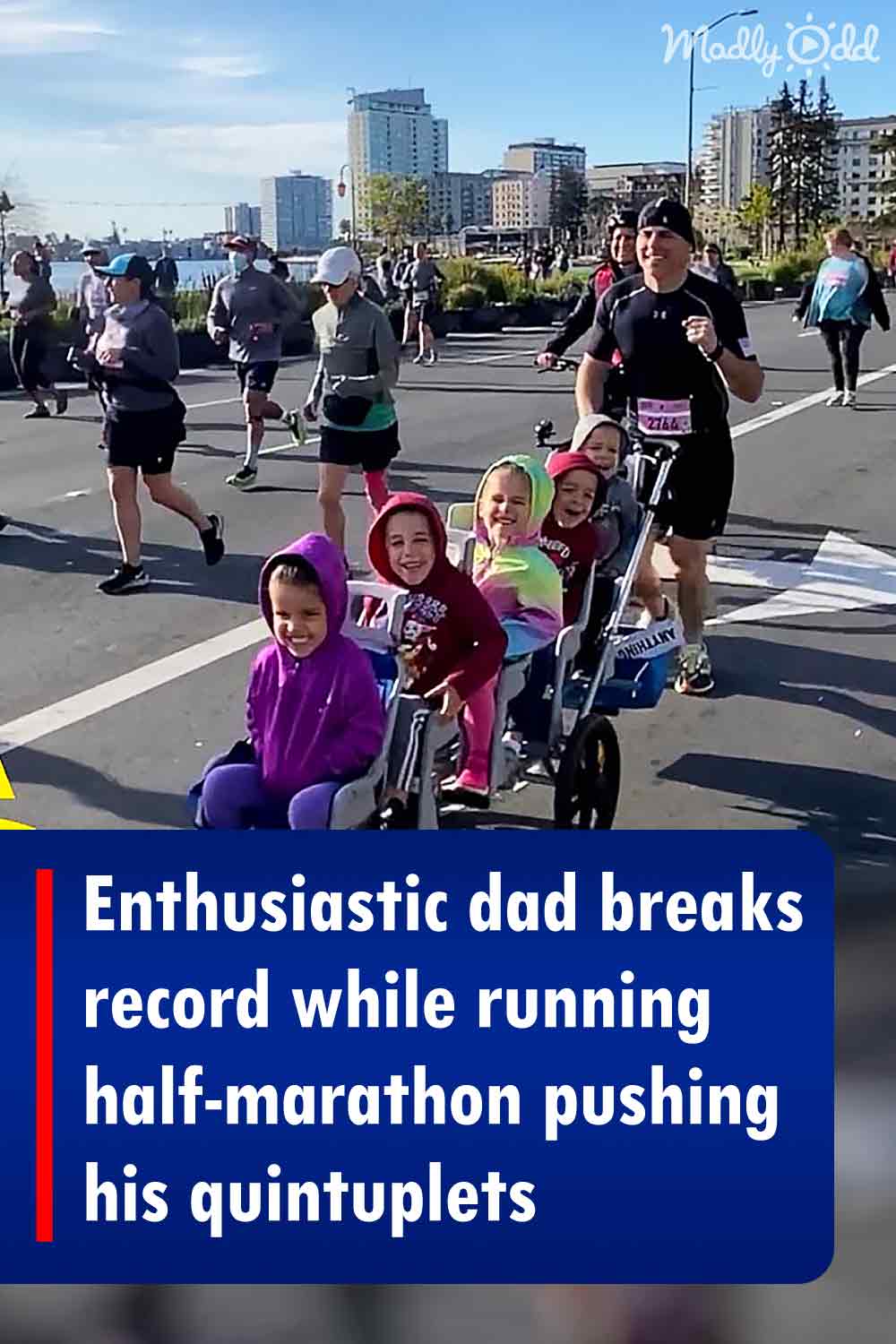