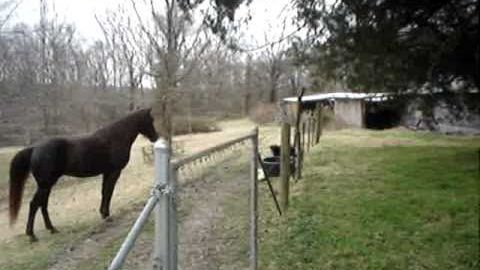 As a pet owner I have no doubt that animals certainly have feelings! They are able to form friendships, bonds and there are many that express their loyalty every day!  However there are still many people that are not convinced of the ability of animals to experience emotion.  Once they see this video, they’ll understand!

The video begins with the lucky owner of this huge horse notices him acting strange. Whiskey Brown, a 4-year-old Quarter Horse stallion might look big and tough, but when you get to know him, you’ll see that he’s about the best friend that anyone could ever hope to have!

That’s because his best friend in the whole world is actually a 2-year-old dog by the name of Lucy. Lucy loves to chase and be chased by Whiskey Brown, and you better believe this horse loves to do the same.

Whiskey Brown’s human happily states that he’s watched this video too many times to count, and he’s so thankful to have such an amazing animal in his life. Often, this horse will act like a giraffe and wrap his neck around his human. Whiskey Brown also loves to randomly run at full gallop., and when you see how much room he has to roam, you’ll know why!

Be sure to share this video with your friends and family on Pinterest because it will make them smile… and you’ll smile, too 🙂 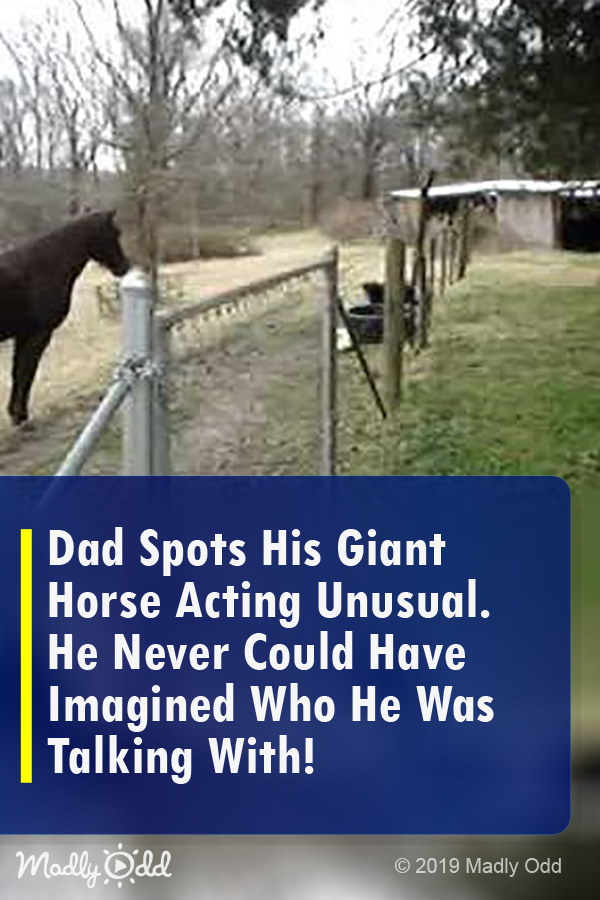