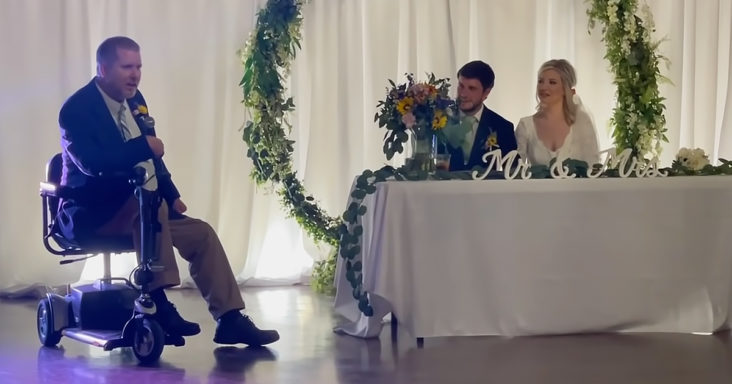 There is something special about the bond between a father and his daughter. When Haley got married, she wanted to pay tribute to that unique connection at her wedding reception. 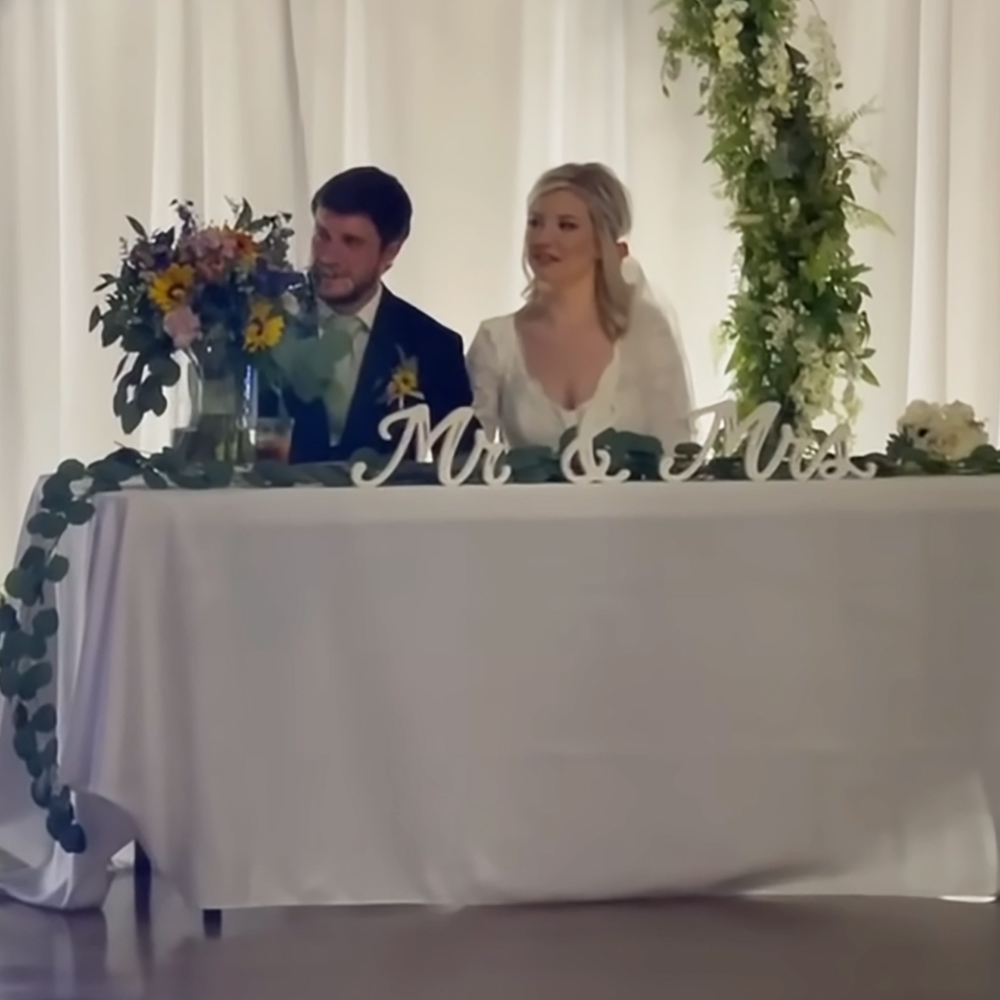 The bride put together a surprise slideshow filled with pictures of her and her dad, highlighting the beautiful moments of their relationship. She wasn’t the only one with a surprise.

Her father gave the obligatory father-of-the-bride speech. He recalled the entertaining story of when he first met the groom, Quinn, making the guest laugh with his recounting of the event. 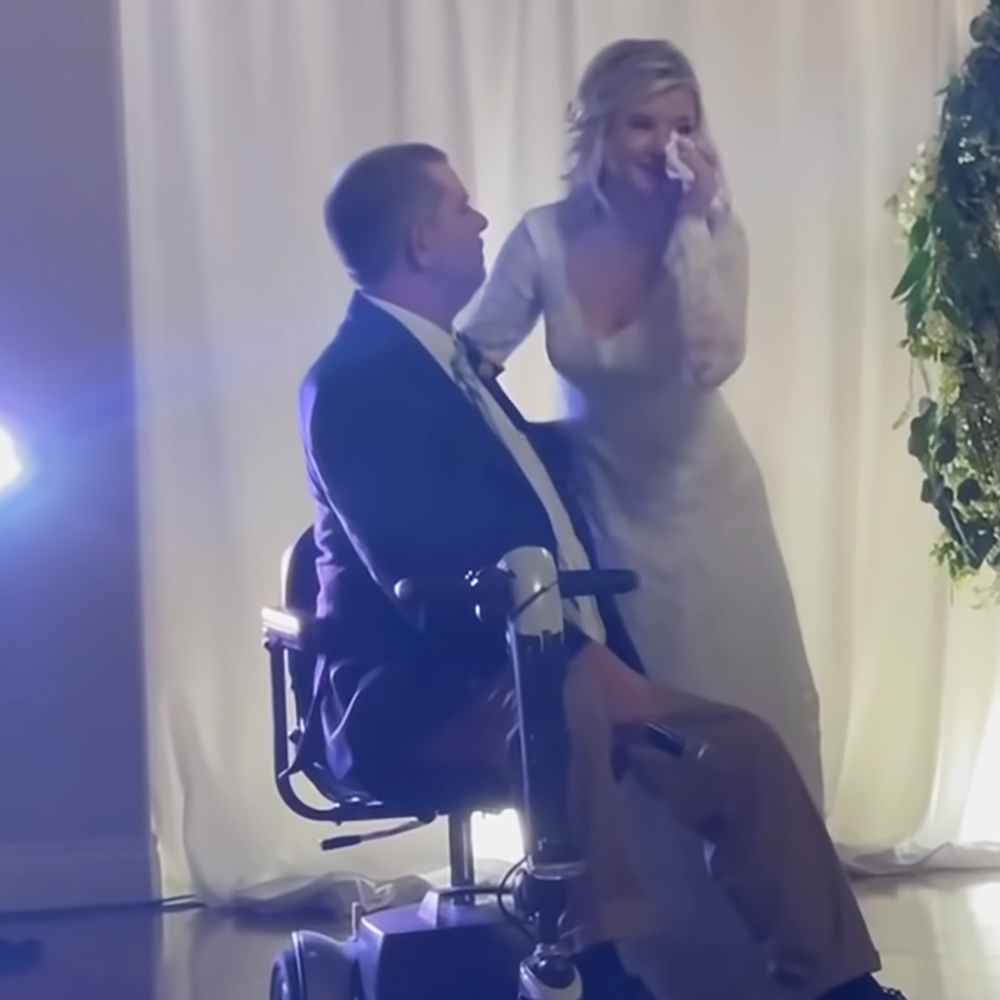 At first, he admitted he was a little unsure of the groom. However, when the time came to ask for Haley’s hand in marriage, her father couldn’t think of a better man to marry his daughter.

This touching anecdote was followed by Haley’s special gift to her father, but he also planned his own tribute. Taking up the microphone, he sang “My Little Girl” as the video played. 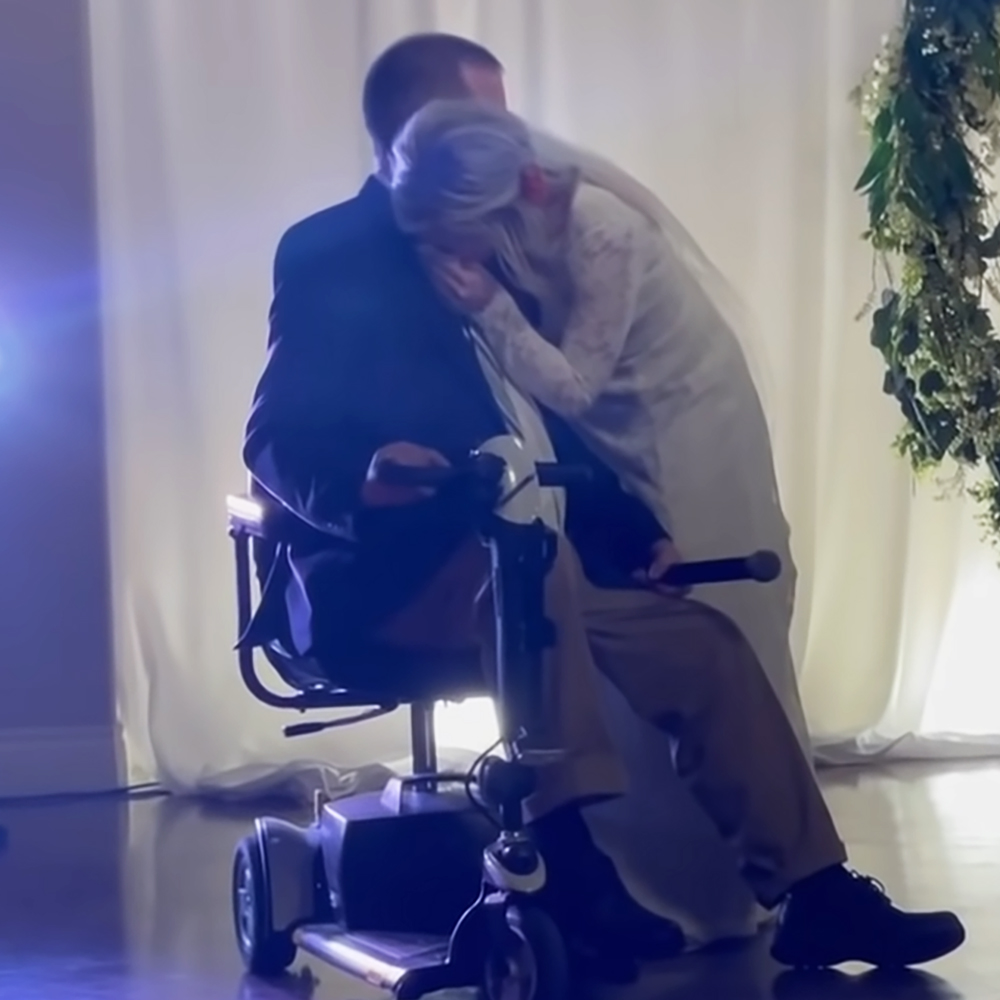 The Tim McGraw song sung by her father was not what Haley expected. She dabbed the happy tears from her eyes with a napkin and gave her dad a huge hug when he finished.

What a beautiful memory for this father to share with his daughter on her wedding day! Quinn and Haley are undoubtedly lucky to have such a loving family to support them.