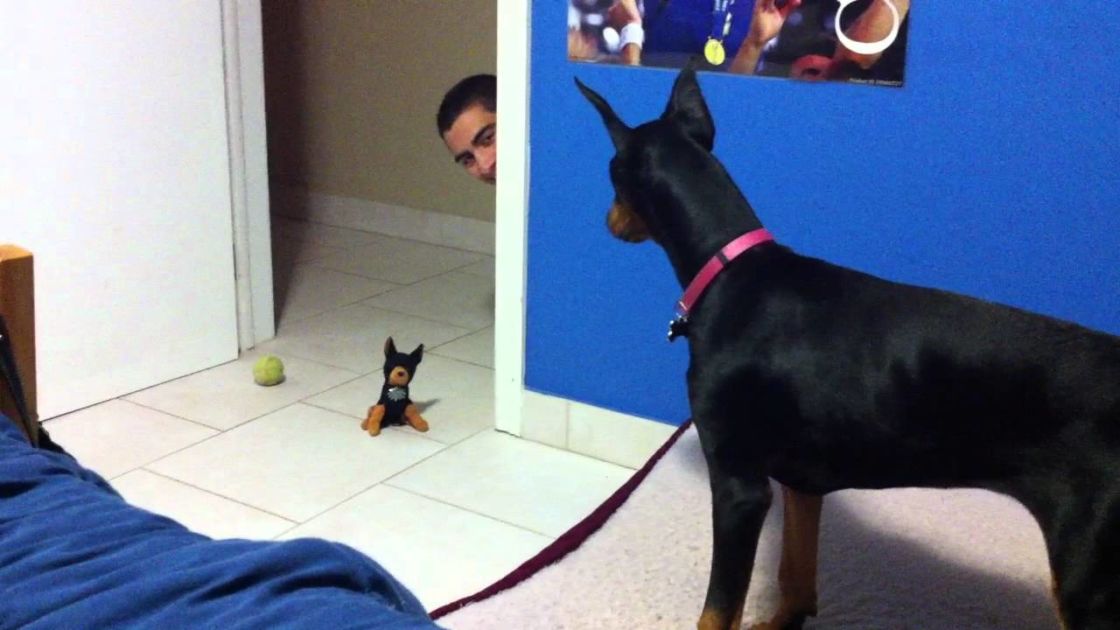 There are times when we have to bluff our way through some things that might scare us silly. A test, giving a speech or something of the like. Having something or someone in our presence who might make us afraid, but we can’t show that weakness. But we all have to do SOMETHING to project that courage.

We can’t do just anything. If you’re presented with a scary situation, do NOT do what the pooch that we see in this video does. We see Tessa, an extremely large Doberman Pinscher who is resting in her room. Suddenly a hand brings a tiny Doberman plush toy from around the corner of the door. 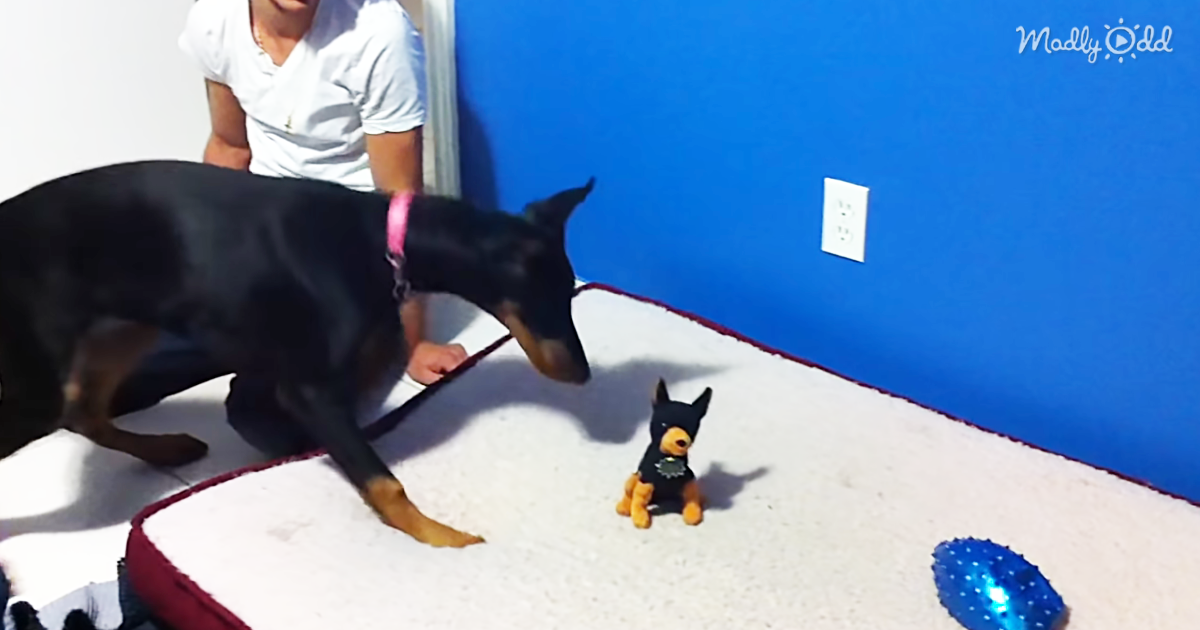 Well. You would think that the room was suddenly under attack. Tess stands up and barks – roughly a million times over the course of the video. Nothing else. Her daddy mimics a dog’s bark for the plush. That just sets her off even more.

I think Tessa sets a world record for a dog barking at something right in front of it and not comprehending that it’s not really alive. There was a time during the video that I wanted to reach into the screen and pick up the toy and wave it in front of her face. This was not a good video to show if you’re trying to show just how smart dogs can be. 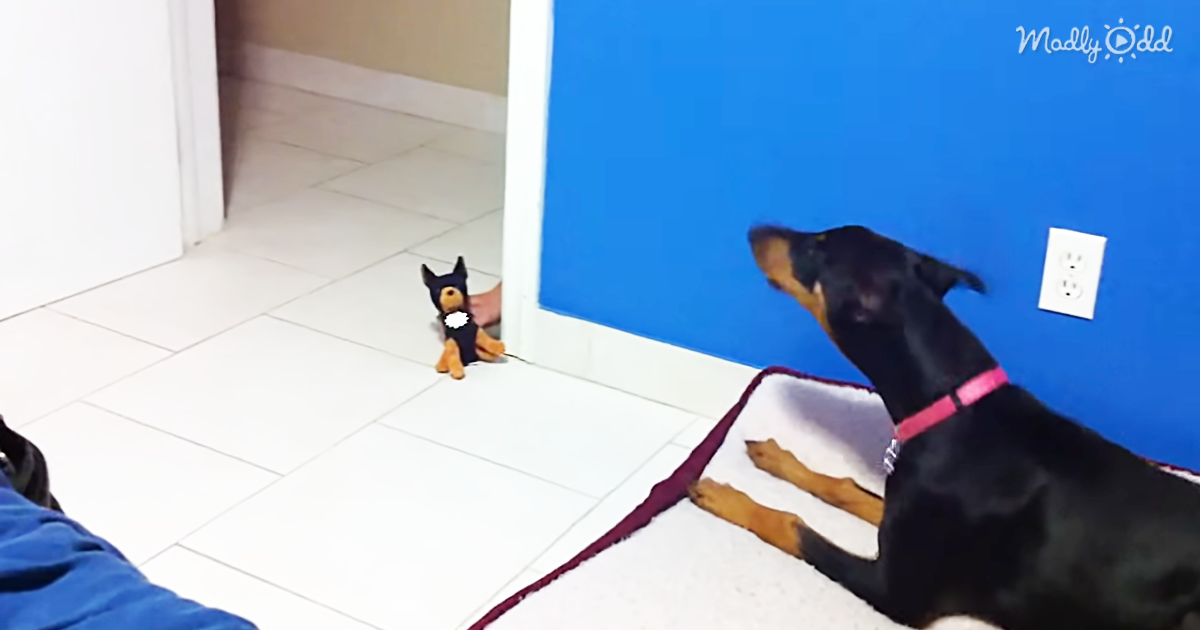 It was a silly prank, but I think she might be afraid of little dogs from now on. It’s so funny seeing this giant dog be so intimidated by a little plush toy that’s so much smaller than her. Maybe she had just read the story of David and Goliath, but that’s not a reason for her constantly backing down.

At least she picked it up by the ear at the end of the video, but if that family had been in danger from that toy, it would have been way too late. Some guard dog, huh? Wasn’t Tessa funny? She could have been a bit more aggressive, but her daddy was having fun with her. 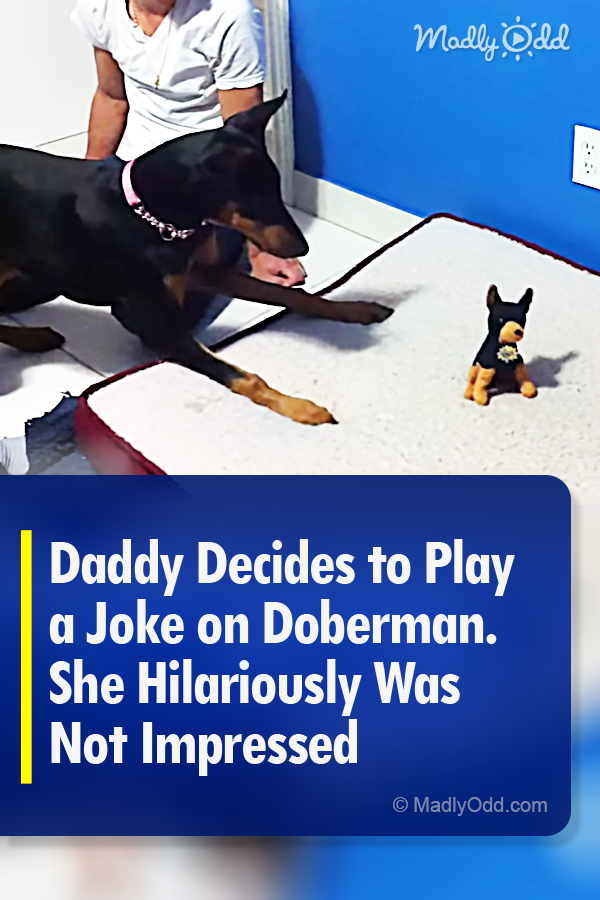