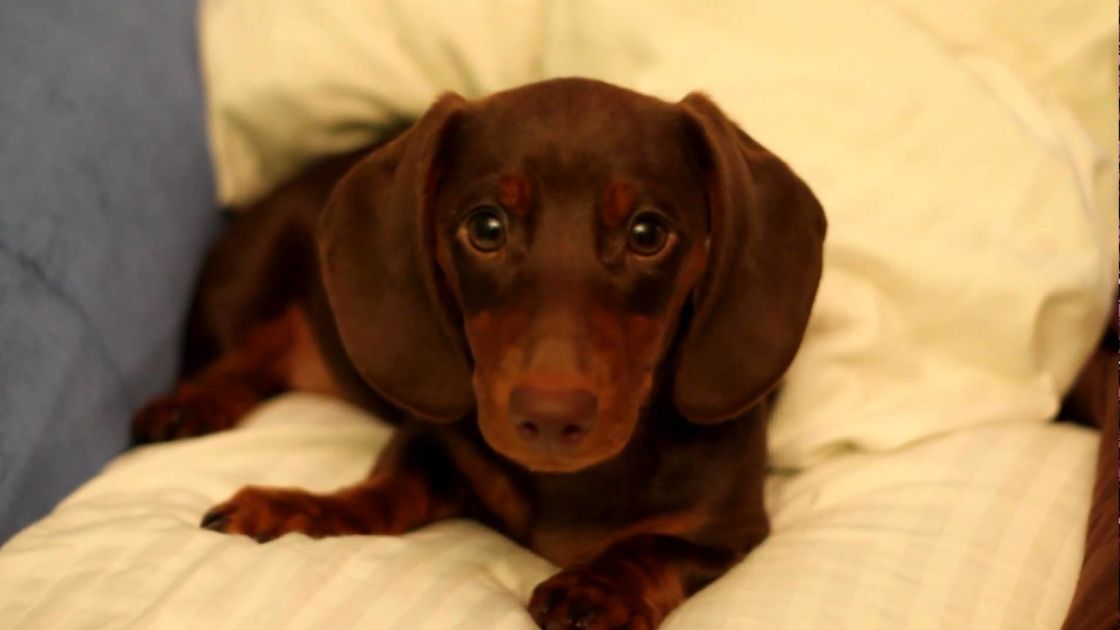 Dogs are just as prone to humans to giving an attitude. Cats are the masters of it, but canines can be just as bad. Just watch a bulldog if he doesn’t want to walk in a certain direction. You’d have better luck dragging a statue than you would have getting a bulldog to go someplace he doesn’t want to go. Then there’s this pooch that we see in this video who gives every other dog with attitude a run for their money.

We see a dachshund puppy named Apple. She’s on a pillow and is scratching at it while a doggie toy sits not six inches away. Her daddy tells her to get off the pillow. She flops down and looks innocently at him. Daddy is not swayed. He probably sees this roughly 20 times a day and can see right through it. He is a patient man, though, talking in a calm voice although he probably is tired since having to raise a puppy is hard work. 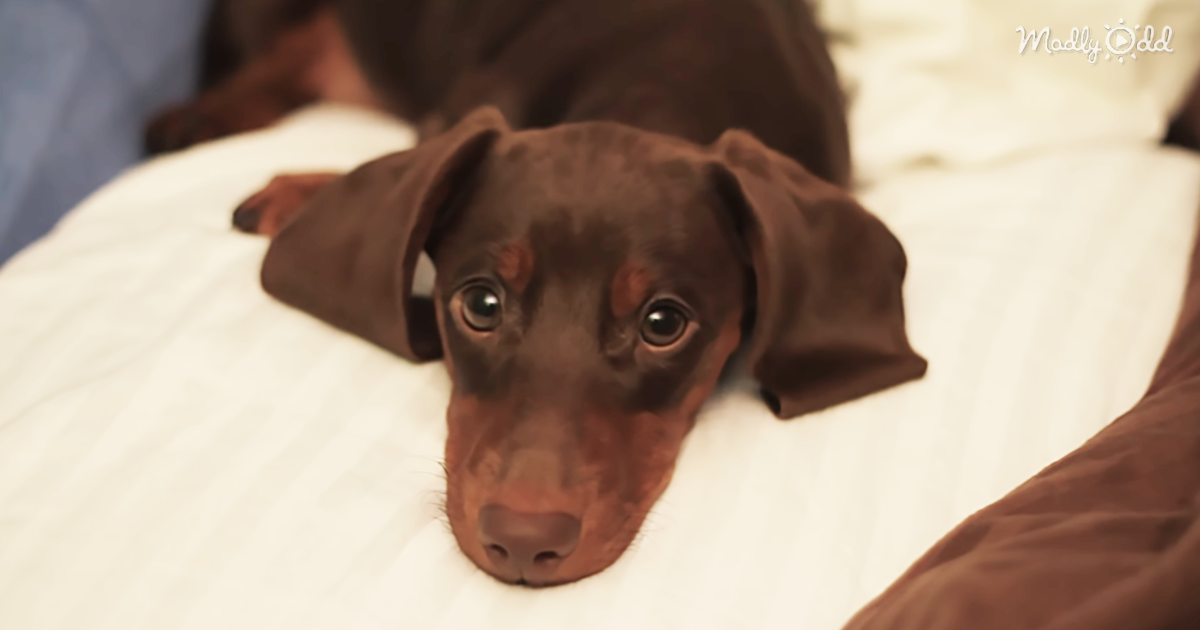 Apple does NOT want to leave the pillow. Her daddy is telling her to get off and play with her toys. Is she having any of it? Nope. Instead, she tries the ‘Cute Eyes’ defense, which can nullify even the sternest look. She gets off the pillow for a few seconds but retreats to it when she sees her daddy making as if he’s going to lay down. He gives up and turns off the camera. I hope that he got some sleep.

This is one puppy that knows the power of her cuteness, though. She milks her pouty look as often as possible. I just wanted to reach into the frame and pet that adorable dog’s head, even with her being as petulant as she was. Okay, maybe also scoot her off the pillow so daddy could rest. There’s such a thing as being too patient. This was one of those times and is going to make her think she can get away with much more when she’s older.

You won’t be able to resist Apple’s charms. She almost made me forget that she was being naughty. I think she may have been so-named because she is the ‘apple’ of her dad’s eye. 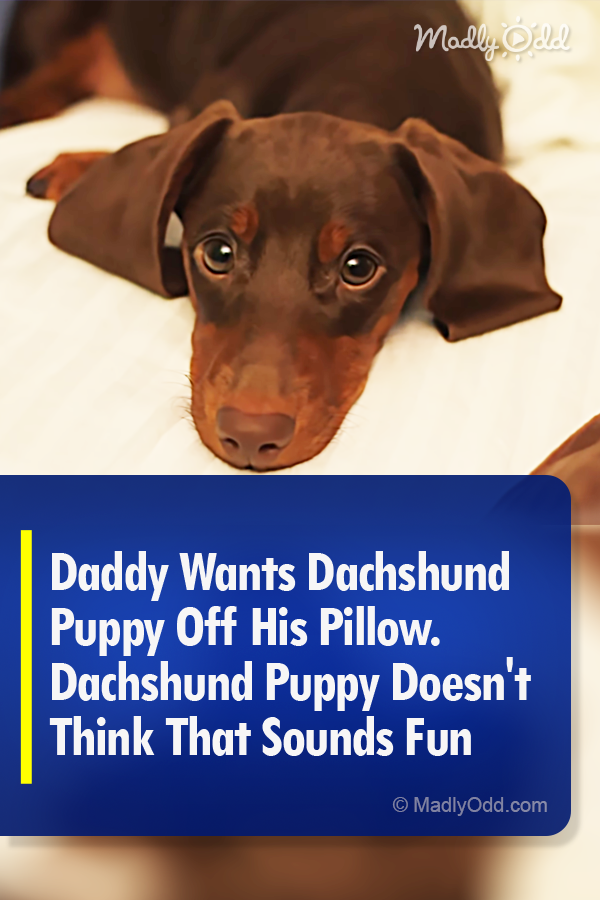