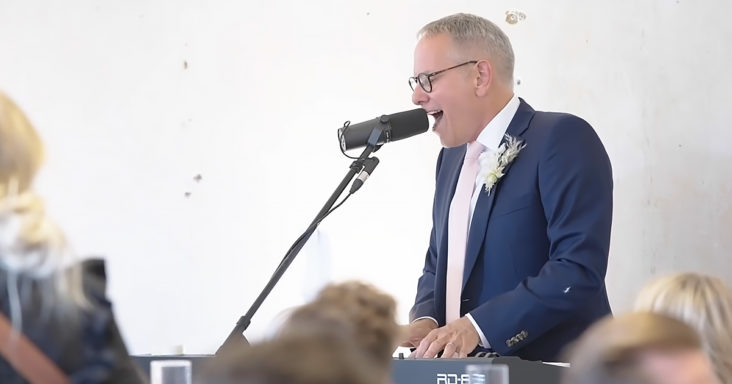 Maddie and Brogan’s perfect wedding day couldn’t have been more beautiful – until Maddie’s loving father revealed what song he chose to sing for his little girl on her special day. 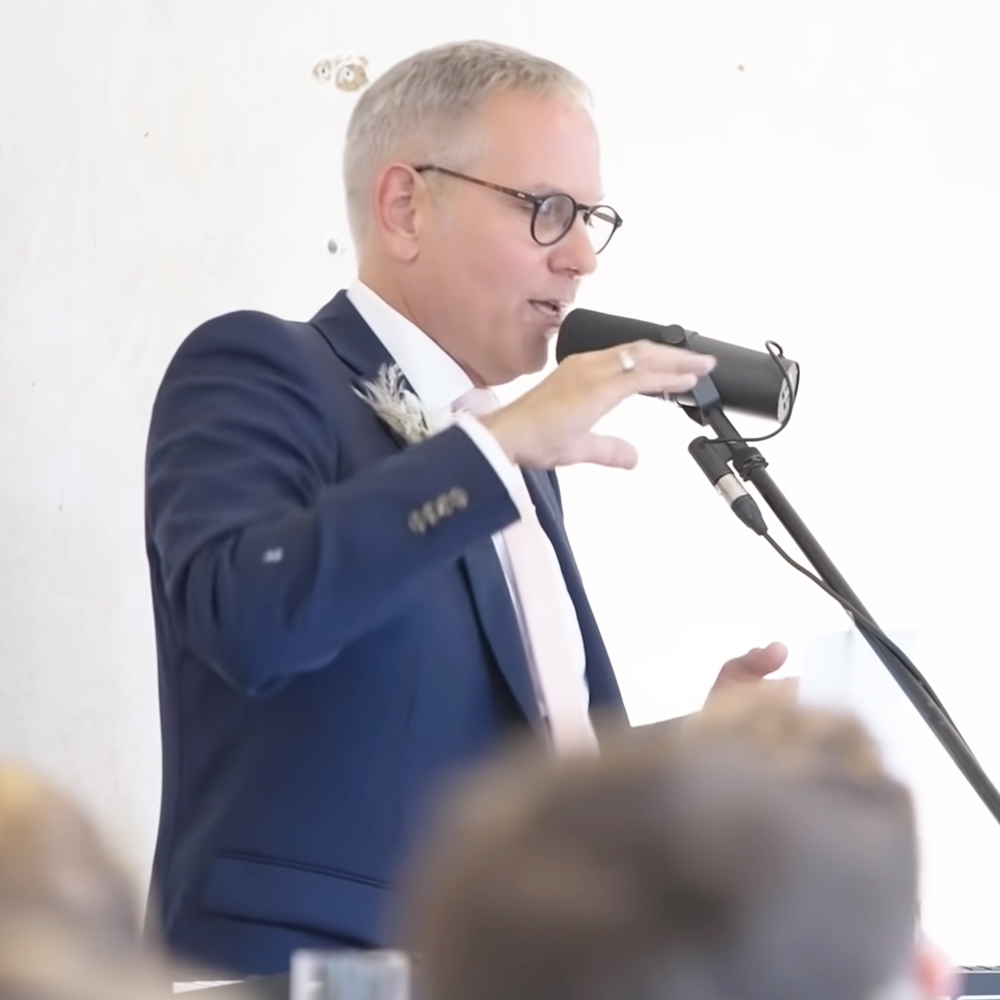 Before jumping into his musical surprise, Maddie’s father decided to let the jitters loose and get everyone in on the musical activities with a few singalong verses from Fleetwood Mac’s “Landslide.”

Then he led into his dedication song by explaining just how perfectly it described the relationship between him and his daughter since she had quoted it in a note she left him earlier that morning. 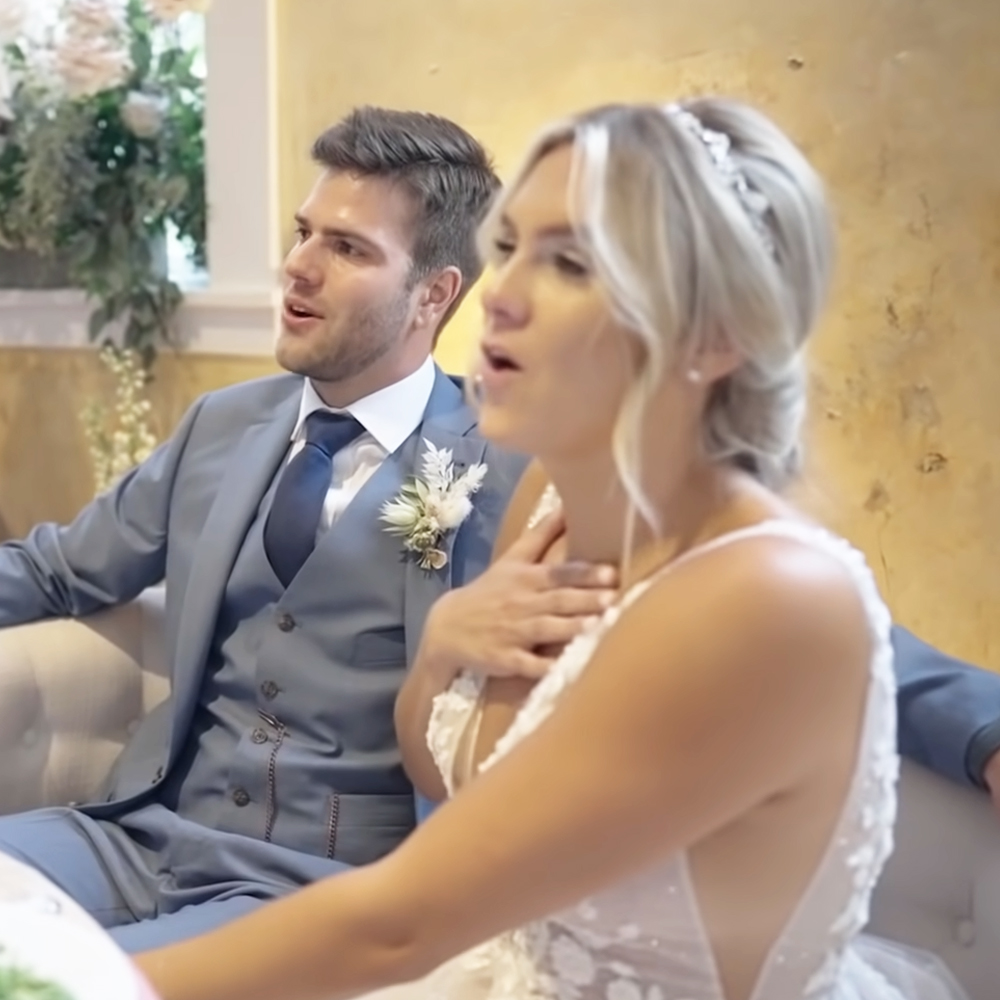 Leading off with a few notes on the keyboard, the enraptured father of the bride sang a touching rendition of Elliot Park and Walt Aldridge’s song “I Loved Her First.”

Maddie cannot hide her emotions as she dabs away emotional tears with a pink napkin, still presenting as the blushing bride while her enthralled groom gazes at her with undeniable love. 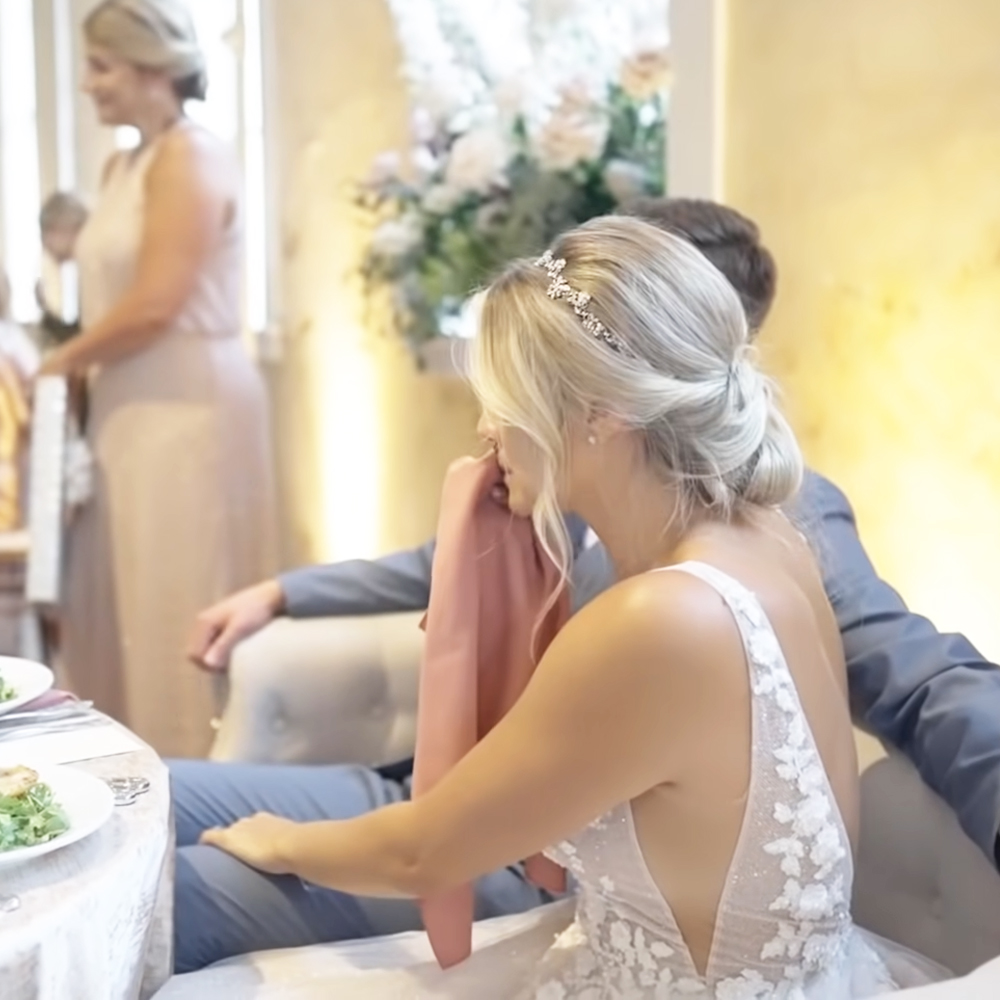 The song resounded with the words of a father who is happy that his daughter has found a love of her own but knows he’ll always be the first love of her life.

When the song concludes with an impressive lack of tears on his part, father and daughter embrace and shares a special moment that both will remember for the rest of their lives.