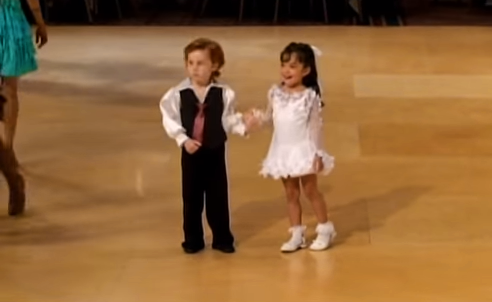 Meet Yasha Jeltuhin and Daniela Avanzini, the pint-sized 4 and 5-year-olds taking the dancing world by storm.

This duo competing at the “Atlanta Open Dancesport Spectacular” not only picked one of the hardest dances to perform and compete in but also took on a room full of adults. 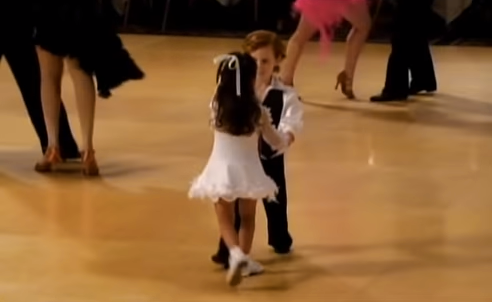 This adorable little couple was dwarfed by their adult competitors, but this didn’t phase them one little bit…

As soon as the music started, they had the audience in the palm of their tiny little hands. The timing that this amazing pair showed put some of the adults to shame, it was as if they had been dancing together for years.  Their execution of some of the complicated movements was flawless, and the crowd just fell in love with them.

It’s like watching two old professionals, the unison between their bodies, their perfect footwork, their effortless spins, dips, and twists were just masterful, and the whole time, never taking their eyes off of each other.

The audience was certainly no distraction for these tiny dancers, and the by the end of the routine the crowd all stood as one to applaud the amazing show that they had all just seen.

In recent times the Cha Cha has become very popular again. It is up there with the “Salsa” as being the dance style that a whole new generation is falling in love with.

When we realize how dance has evolved over the years, it is nice to see that such rhythmic and highly technical dances are making a return.

The Cha Cha, the rhythmic dance form introduced in the 1950’s by Cuban composer “Enrique Jorrin” is not the easiest of dances to perform, let alone master.

The name Cha Cha comes from the noise that your feet make while dancing. It is a true “Latin” dance and evolved from “Danzon” an older form of Cuban dancing.

The Cha Cha introduced the triple step which set it aside from other dance styles like the Mambo or Rumba and is typically danced to Authentic Latin music, although there as now a trend to dance to Latin Pop or Latin Rock. This energetic music sticks to a steady 4/4 beat.

It can take years to become proficient at this wonderful art of movement. The timing is so important, and you must be totally in sync with your partner, some people just never get it, even after a multitude of lessons. But when you are only 5-years-old, surly mastering such a difficult dance would be impossible.

Yasha and Daniela just took all the adulation in their stride. After all, they were old hands at this game and had the confidence of a couple much their senior.