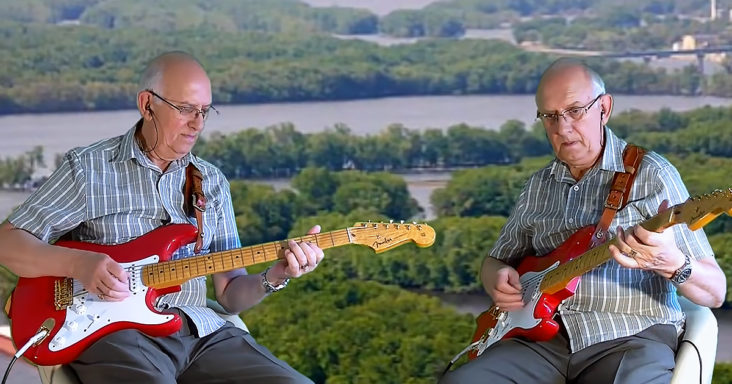 ‘The Old Guitar Monkey’ is back as Dave Monk brings us a fantastic instrumental of the tune, ‘Mississippi.’ The video features Dave’s stellar guitar playing and background of scenic pictures representing the Mississippi River area. 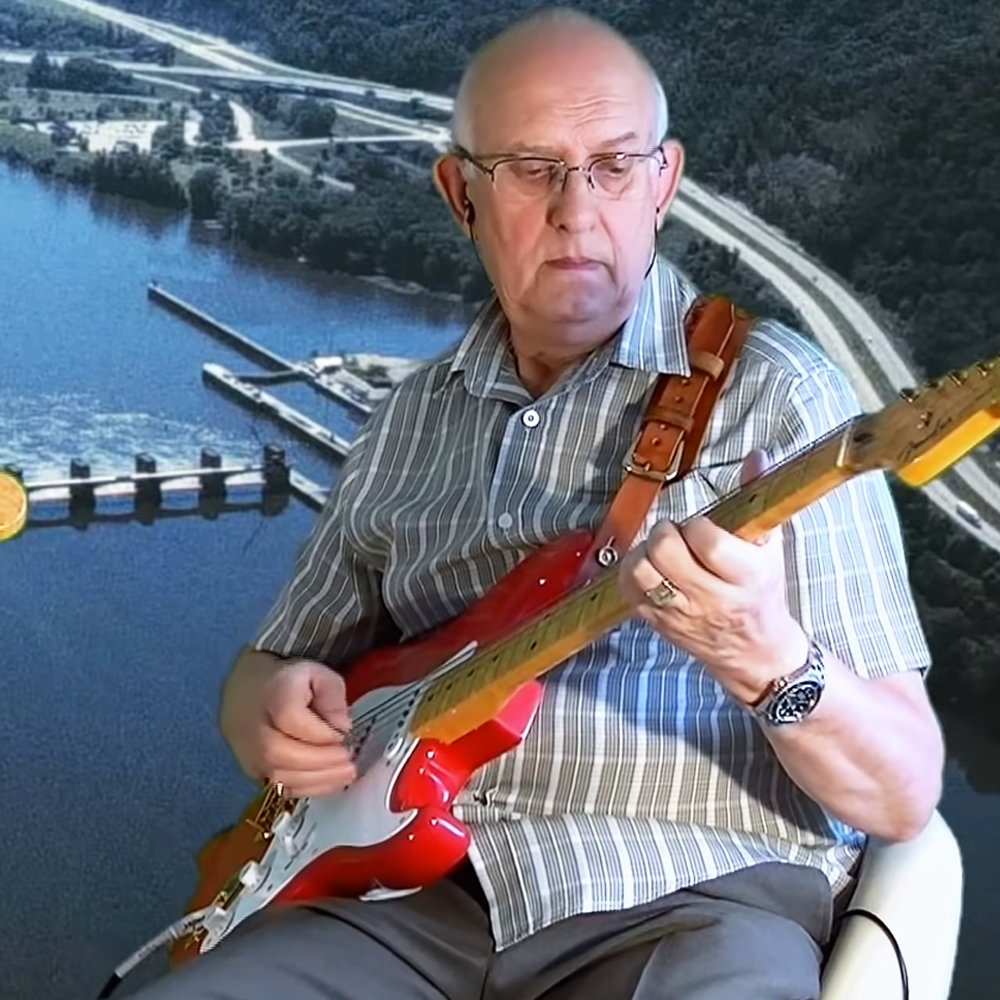 The song he performs is a popular single by the Dutch group ‘Pussycat.’ The group was comprised of three sisters. ‘Mississippi’ was their only hit in 1975, and it hit number one on the Dutch charts. It sold over 5 million copies and received international acclaim.

Over the years, plenty of artists have drawn song inspiration from geographical areas. ‘Mississippi’ was written in 1969 after composer Werner Theunissen heard the popular ‘Bee Gees’ song ‘Massachusetts.’ 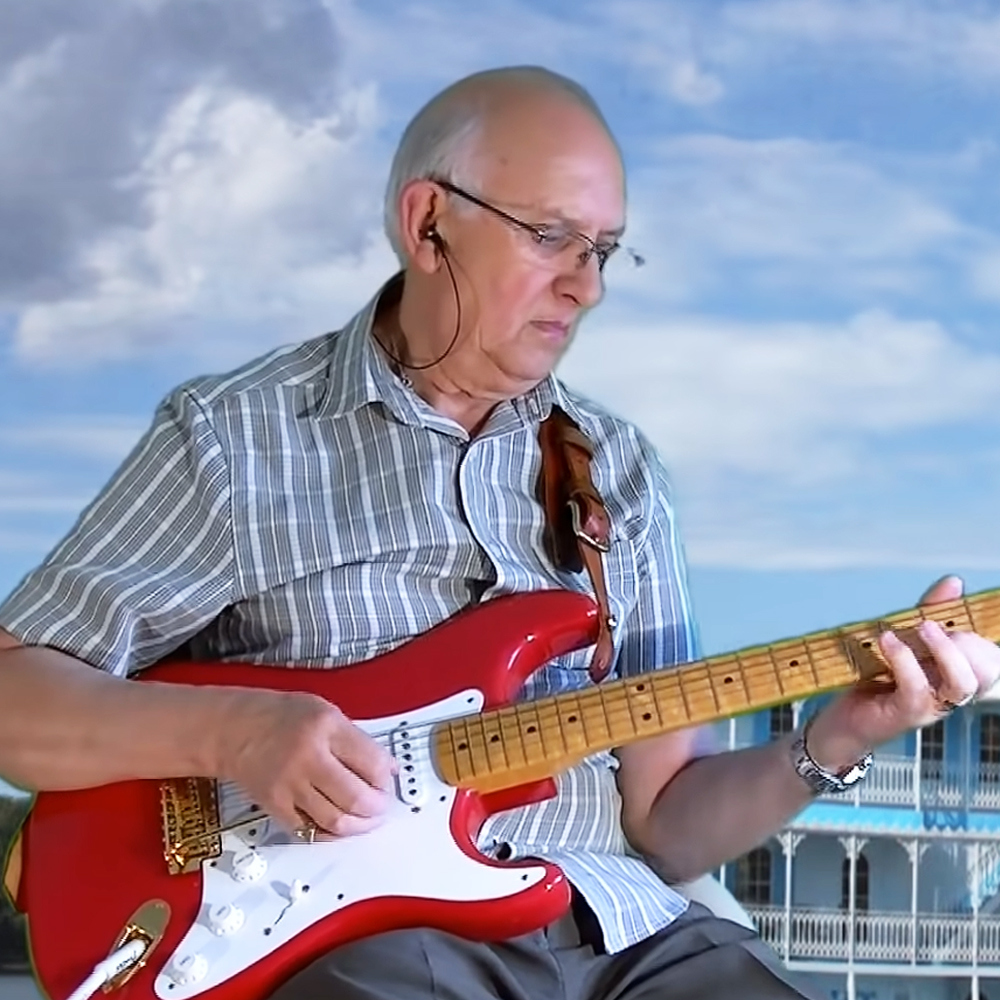 Dave Monk does his typical cloning of himself, so two Dave’s appear on the video side-by-side, each playing a different guitar part. Joined by a backing track of drums, bass, and steel guitar, Dave plays a beautiful melody and harmony that evokes relaxation and enjoyment.

Behind Dave, there’s beautiful footage of steamboats, mountains, sunsets, and wildlife as Dave jams. He skillfully adds the flavor of the guitar’s ‘whammy bar,’ which bends the tones in a style similar to Hawaiian music. 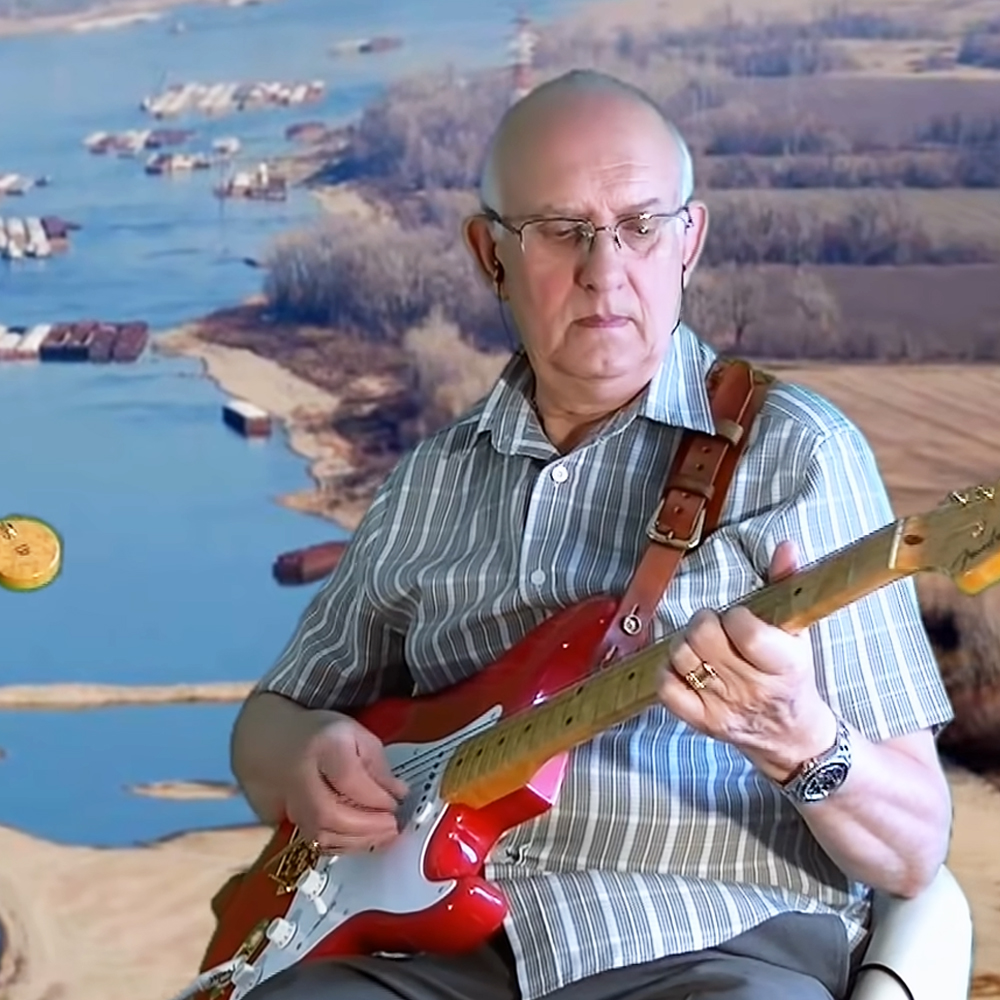 Dave Monk is the most unassuming guitarist on the internet, amassing millions of views with over 90 videos of cover songs. He’s dressed in clothes you might see on a golf course instead of rock star apparel. Even in his older years, his playing is filled with excellent guitar technique, and he’s charming without ever speaking a word.