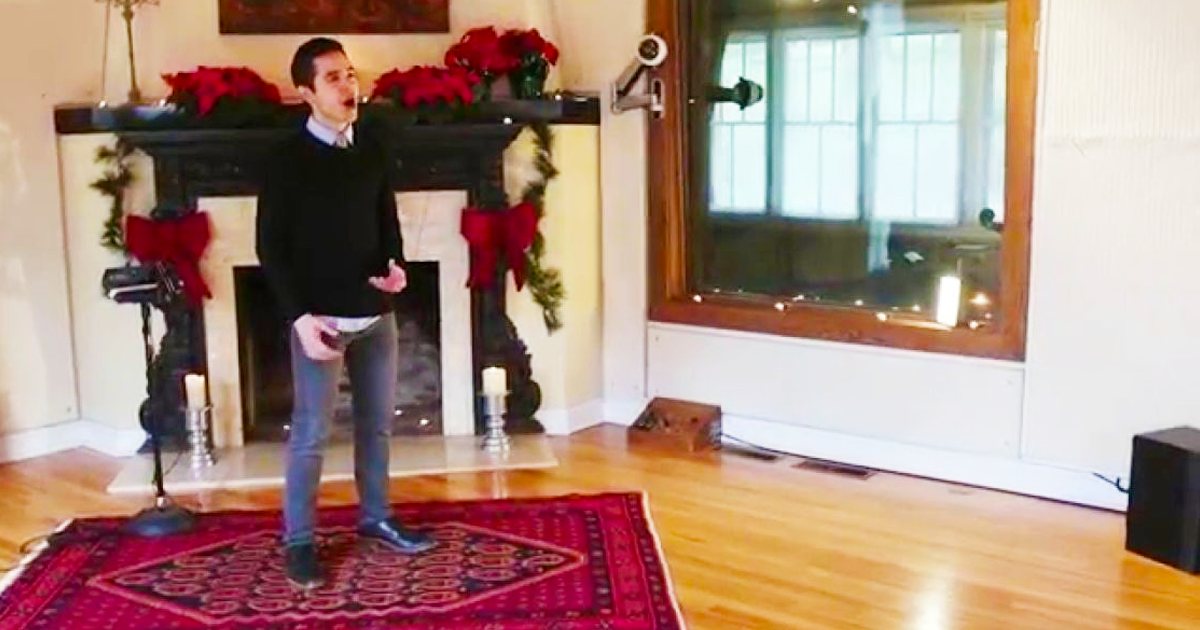 Most of us know David Archuleta from American Idol. He was a fan favorite and he even reached the finals of the show, but unfortunately, he lost the first-place title to David Cook. He hasn’t really been active in recent years, but this amazing young man is back again! You are going to be awestruck when you hear his latest Christmas release for this year!

Archuleta, along with Nathan Pacheco, has created a touching version of “The Prayer.” David says that, “More than 2,000 years ago, God sent Jesus Christ, our Savior. In celebration of the Christmas season, Nathan and I recorded The Prayer.” Their voices blend in perfectly and hearing them harmonize together is a real treat for anyone listening.

Nathan Pacheco sings in Spanish and David Archuleta joins in English after the first verse. The music is just a cello and a piano and its simplicity is so beautiful. The house where they are singing is decorated for Christmas, also simply, with garland and candles which adds a peaceful ambiance to the song. Their two voices together are truly mesmerizing.

As you listen to the words of this song, think about your family and those that can’t be together this Christmas. That’s who this song is meant for. This rendition of “The Prayer” will surely make you thankful any day of the year.