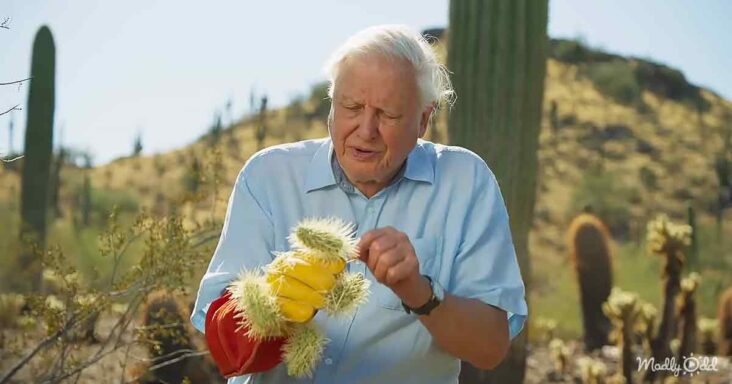 Sir David Attenborough is part of the BBC Natural History Unity. David narrates the nature documentary series about plants titled ‘The Green Planet.’ He is a great supporter of environmental causes and restoring planetary biodiversity. 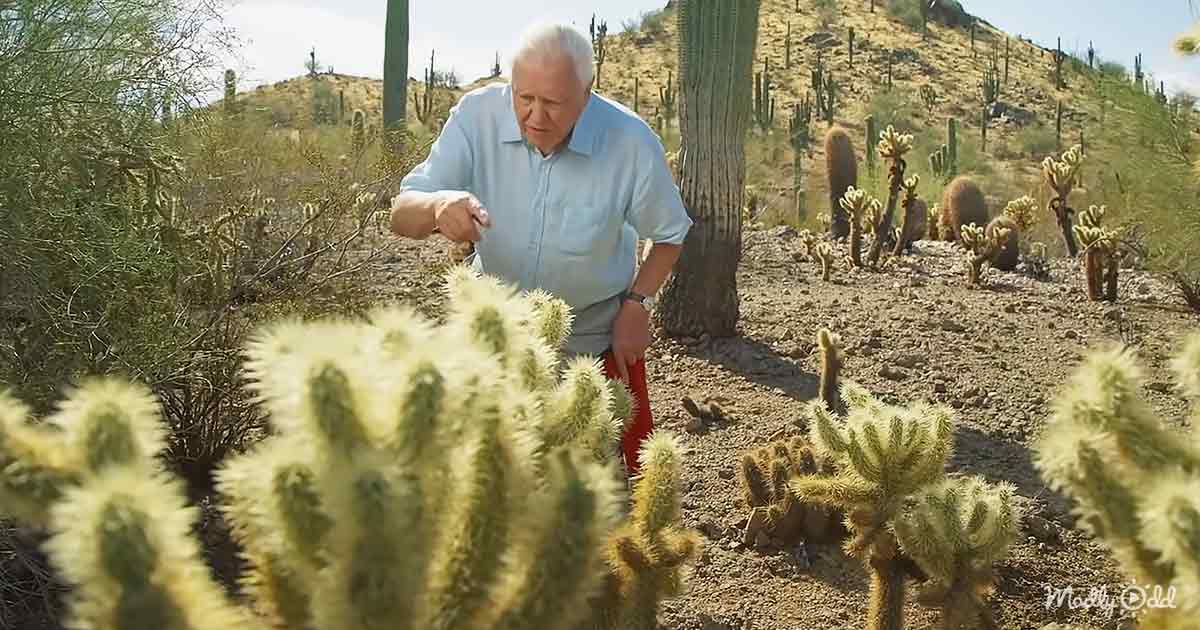 The series attempts to show plant movements over prolonged periods but sped up in real-time. The intense nature filming took three years and took place in 27 countries using special camera techniques and drones.

In one episode, David walks up to a cactus in a desert plain and says, ‘This is called a Teddy Bear Cholla because of the thick coating of spines on it. But don’t be deceived by the name. There is nothing cuddly about this particular teddy bear.’ 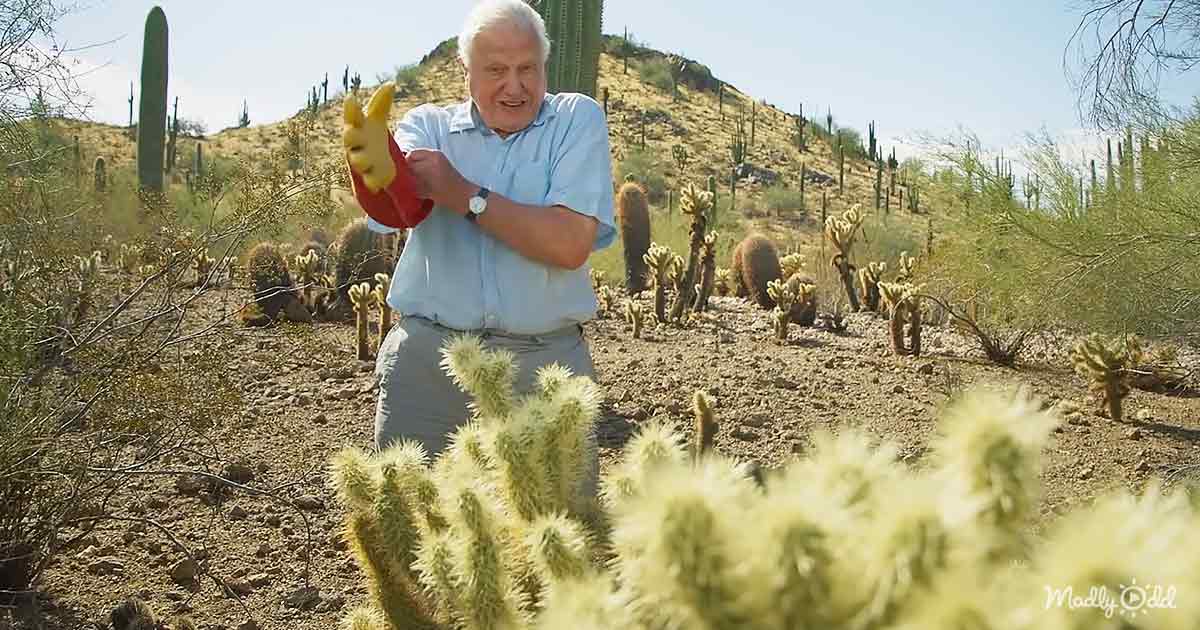 David continues, ‘In fact, it’s the most dangerous plant in the desert, and I wouldn’t dream of putting my hand anywhere near it.’ Then, David grabs a big, thick glove that covers his whole arm and hand.

He brushes against the plant with his glove and says, ‘Ow! Even with the glove on, it can get you.’ About five large pieces of the cactus stick to his glove and poke through his hand. He comments, ‘This is not pleasant at all.’ 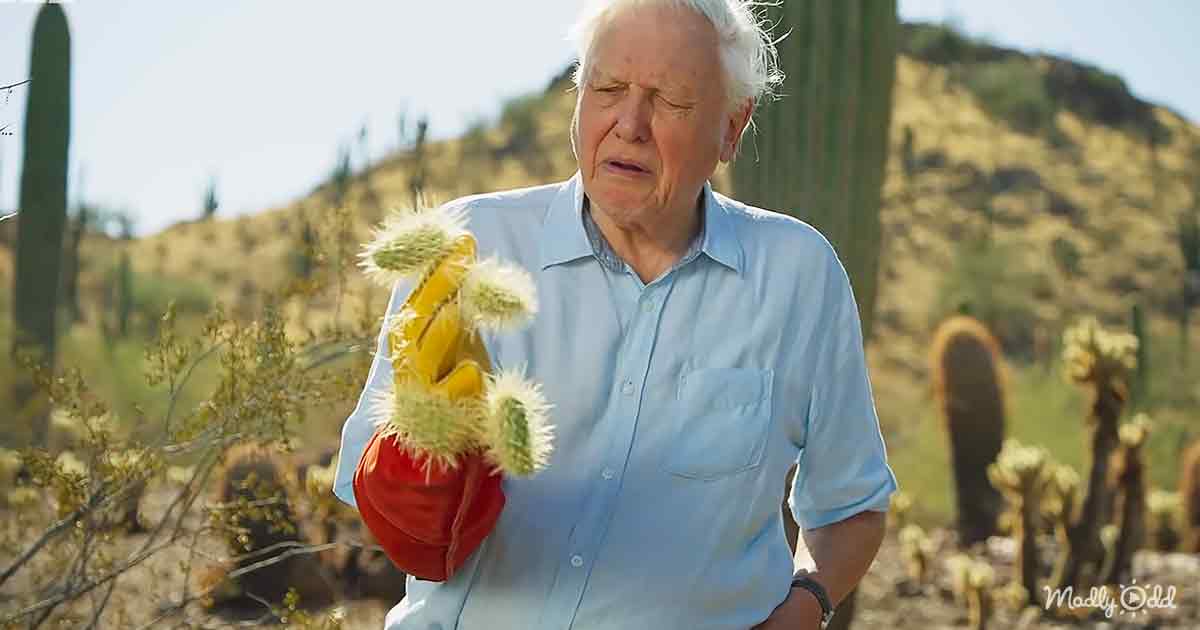 David talks about how the spike is so sharp because little pieces of glass at the end are strong enough to pierce the skin. To make the cactus more dangerous, it is covered with backward-facing barbs like a fish hook.

He tries to get them off his glove, but he has no idea how to proceed. The encounter ends with David saying, ‘It’s hard to imagine a more excessive defense than this.’