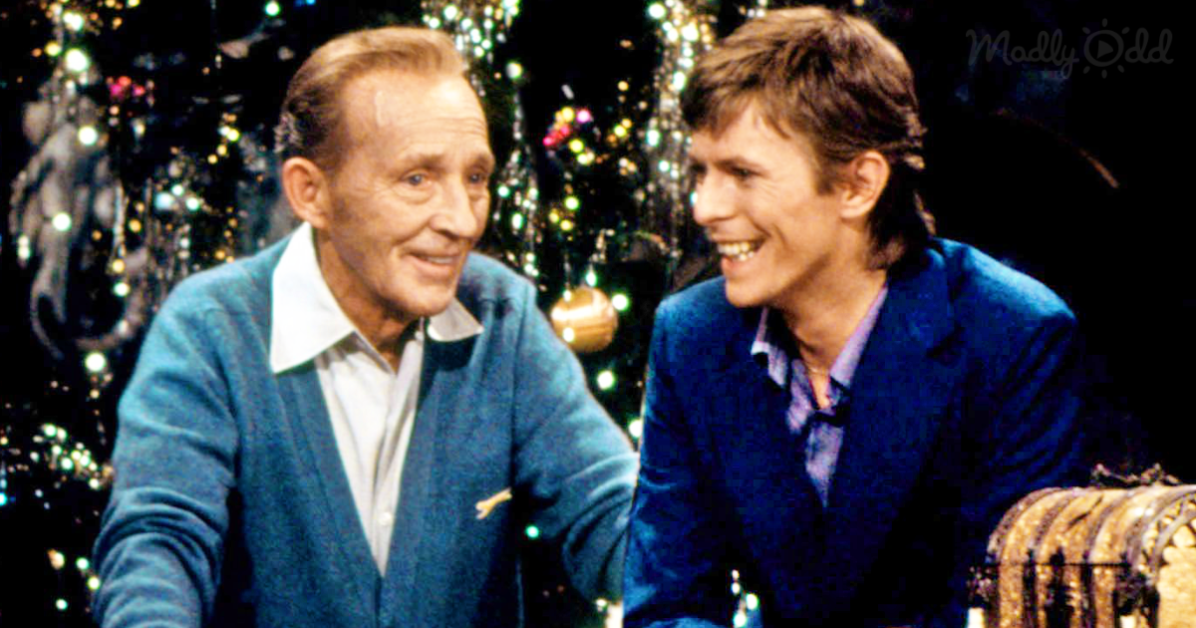 But what sparked this collaboration? In a roundabout way, Bowie’s mom. David Bowie said, “I’m doing this show because my mother loves Bing Crosby!” Bowie was 30 when the collaboration happened. 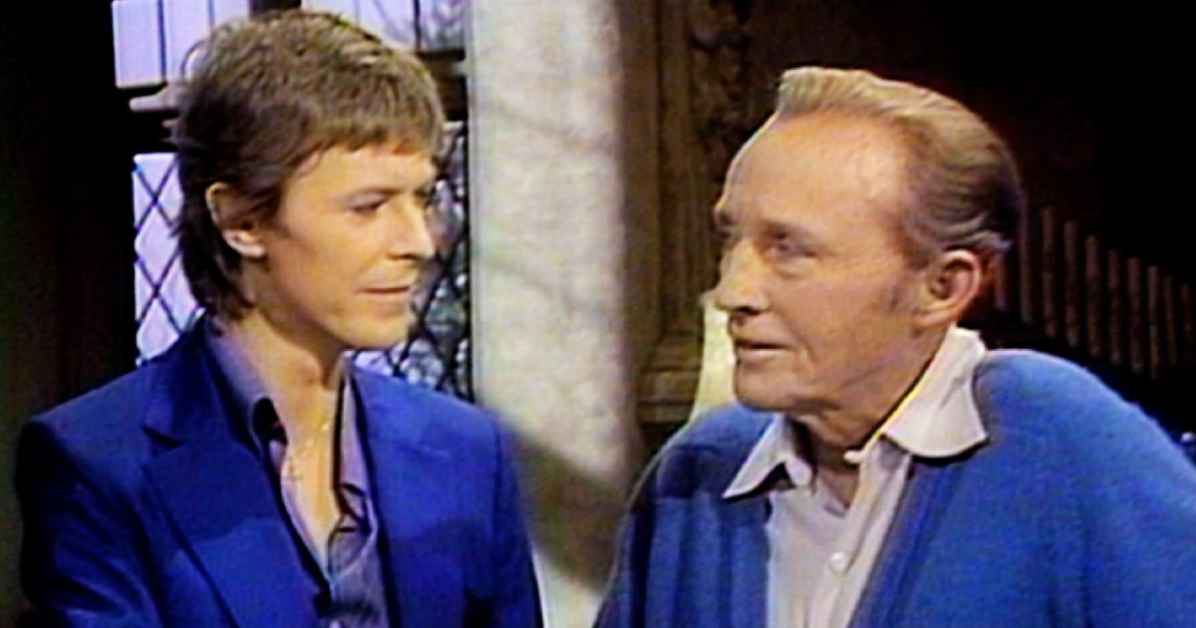 They recorded the song on September 11 during Crosby’s 1977 television special called Bing Crosby’s Merrie Olde Christmas. The intergenerational pair talks about what they each do with their families around Christmas time with Bowie remarking that he likes old-timers such as John Lennon and Harry Nilsson (“You go back that far!” Crosby remarks, tongue in cheek.)

Crosby had further averred, unironically, that some of the contemporary music was “really fine”. They then sort through the sheet music on the piano, which Bowie had ostensibly come over to play, whereupon they sing “Little Drummer Boy” with a new counterpoint with original lyrics written for the special, “Peace on Earth”.

Bowie’s appearance with him on the special was said to have been his attempt to normalize his career, and I’m sure he never forgot this amazing opportunity to perform with such a great music legend. Seems surreal now when I watch this clip which aired in the U.S. on November 30, 1977 on CBS.

A few days after the taping, Crosby said of Bowie, “clean-cut kid and a real fine asset to the show. He sings well, has a great voice and reads lines well.” That’s high praise coming from Ol’ Bing.

Please watch and share this amazing video and take time to remember these two talented performers! For some of you watching this, I think it will bring back some very fond memories.