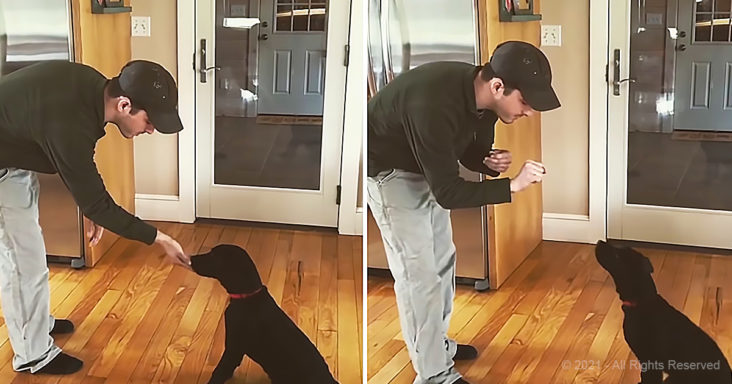 Dogs have been known to learn complicated tasks. Service dogs know bus stops and streets. Police dogs know the smell of certain drugs. But how about sign language?

Nick was deaf from childbirth. But he did just fine with his condition. The day would come when Nick adopted a rescue puppy named Emerson.

Emerson is a rescue puppy that was found languishing in an animal shelter with parvovirus. When he was brought back from the vet, it was found that he had no hearing.

A lack of fingers has not been an obstacle to Emerson learning sign language. He may not sign back much, but he understands his master very well.

The signs that Nick uses to communicate with Emerson are not complicated. When Nick touches his earlobe, Emerson understands that is his cue to “speak.”

Emerson is such a good match for Nick that he says he feels like his meeting the dog was meant-to-be. We don’t know what Emerson thinks, we just know that he’s happy.