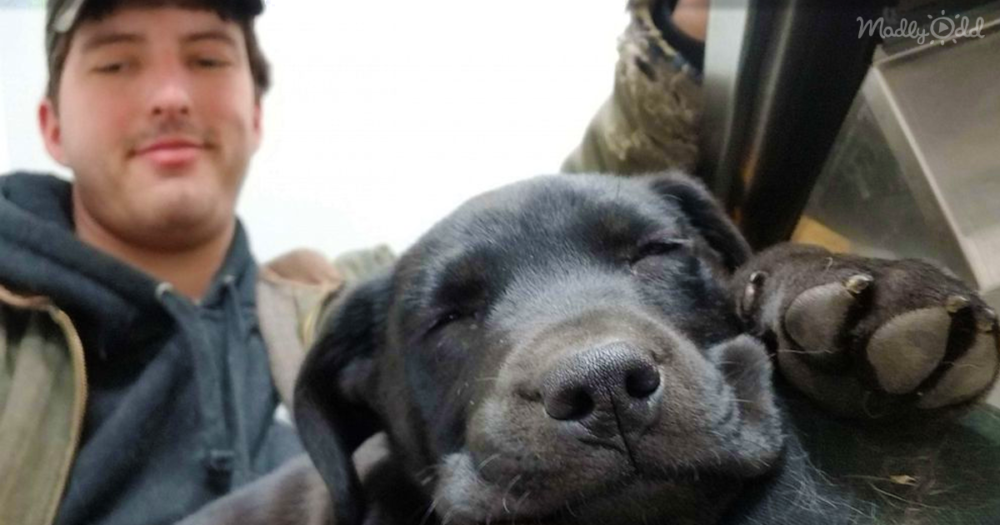 “Dogs are extremely resilient creatures, especially puppies. So many of them experience cruelty or hardships yet still come out of them loving and loyal.

A little black lab named Emerson was one pup who had a very rough start in life. At only six weeks old, Emerson was rescued from a Florida shelter and was experiencing seizures and fighting an extremely deadly infection known as canine parvovirus. 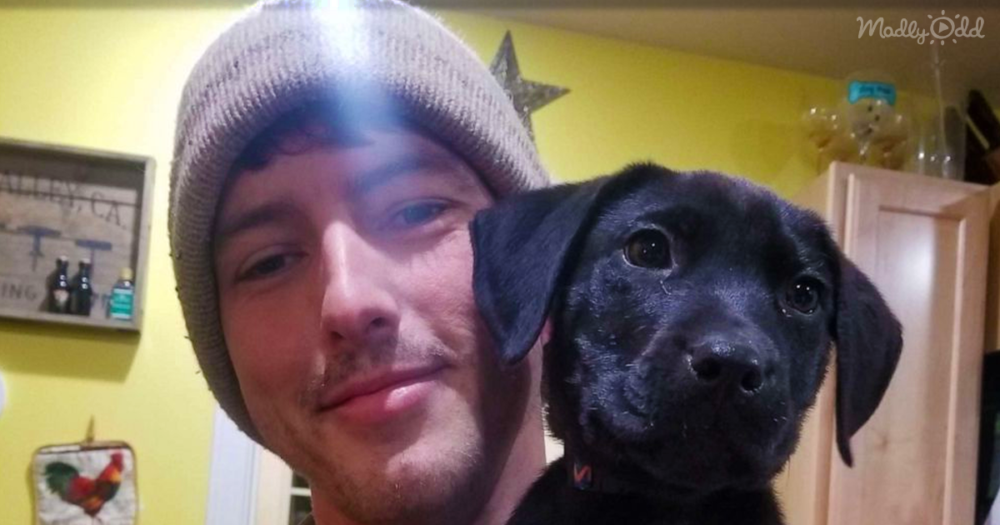 NFR Maine, foster-based rescue in North Monmouth, Maine, often transfers dogs from Florida up to Maine where they are more easily adopted. Shortly after Emerson arrived in Maine, it became clear that his hearing was severely impaired. He was either born that way or became that way due to his health problems, but he doesn’t let that stop him from doing all the typical puppy stuff.

Thanks to NFR Maine and his foster family, Emerson was given a second chance at life. The sturdy, little puppy pulled through and was placed up for adoption when he was ready. The rescue new there was a unique home for this little guy.

Just a few weeks after being posted for adoption, a man named Nick Abbott came across the adorable puppy’s photo and information on Facebook. The thirty-one-year-old man from Maine knew that this might be the dog for him. They shared a common connection – Nick was deaf, too. When the rescue found this out, they processed Nick’s application within just one day. 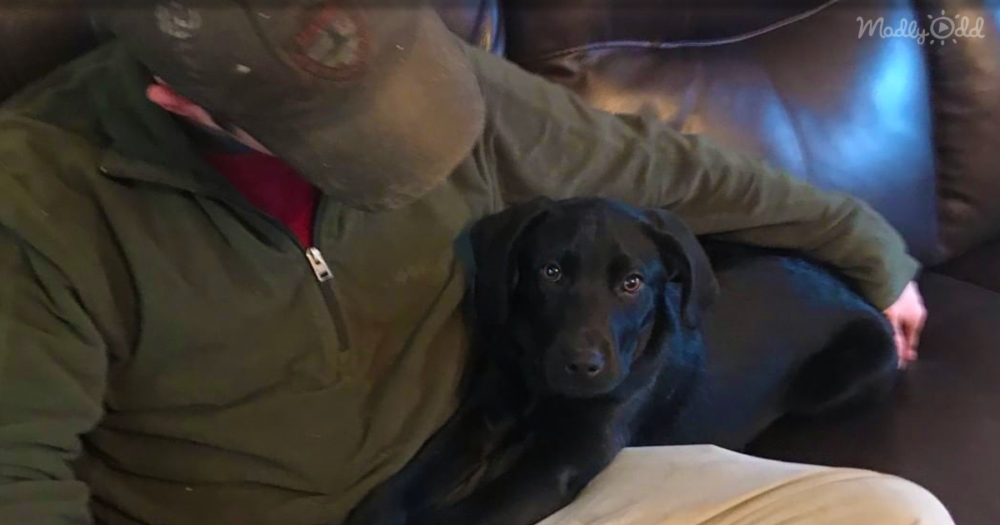 Soon, Nick got to meet Emerson in person, and the two of them formed an instant connection. Nick’s mom, Richelle, told GMA that she knew that her son and Emerson were “meant for each other.”

Their common disability isn’t even remotely a problem for this pair. Nick has been teaching Emerson sign language for typical commands like sit, lie down, and come. One fun thing he’s taught Emerson to do is to bark when Nick tugs on his ear lobe. These two are going to have lots of fun and many adventures together.

This is one of the most heart-warming adoption stories, and hopefully, it encourages other people to be more willing to adopt “differently-abled” pets. As far as for these two, it’s a match made in Heaven.”