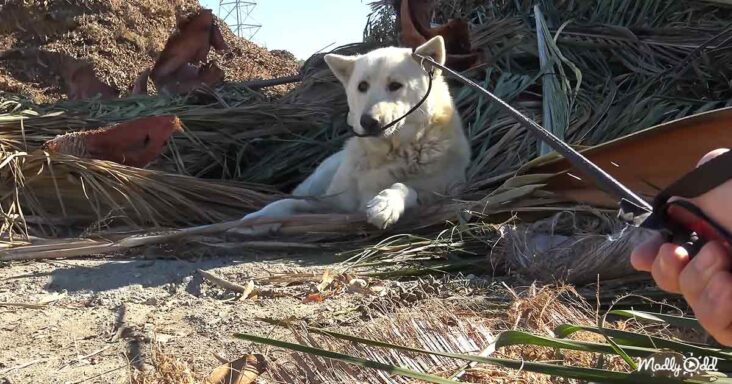 Hope for Paws received a text about a deaf dog living by the freeway. It was a vast open area, but the kind security guard told Eldad and his volunteer friend, Joann Wiltz, about the hiding location of the dog. 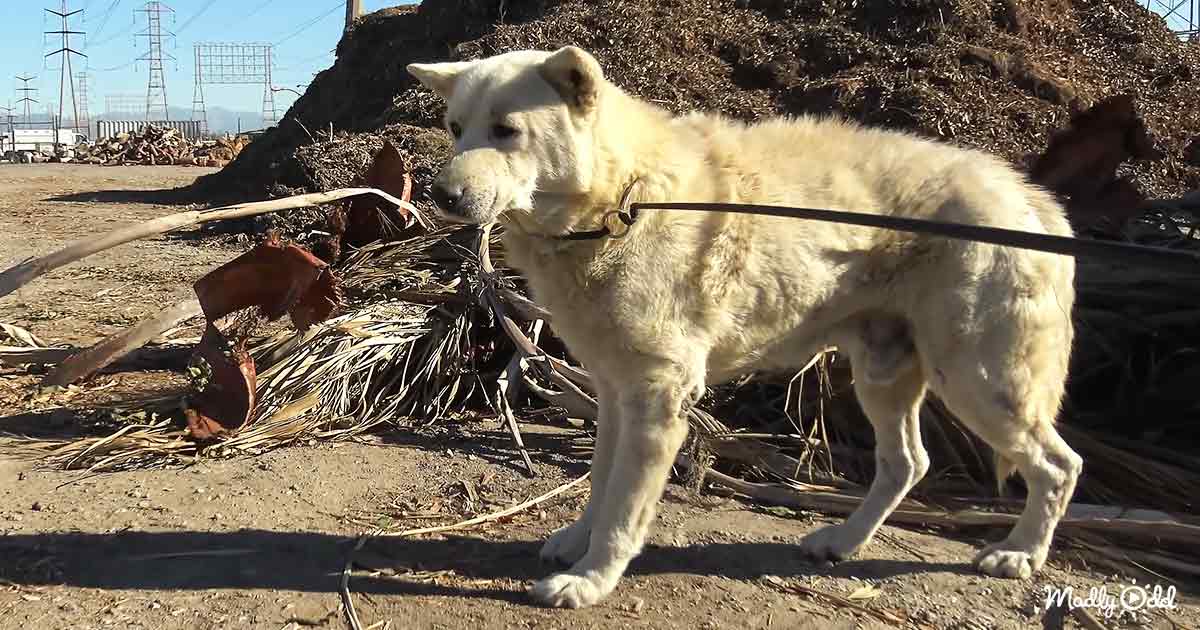 The two rescuers scouted the area on foot. Suddenly, Eldad spotted the senior dog and immediately asked Joann to turn around. But unfortunately, the poor doggo was deaf, and the vibration from the freeway enabled the rescuers to sneak up on him.

Eldad repositioned himself with the snare so that they could easily capture him when the dog lifted his head. However, this innocent creature was totally calm and seemed friendly. Joann immediately observed that the senior dog did not have many teeth. 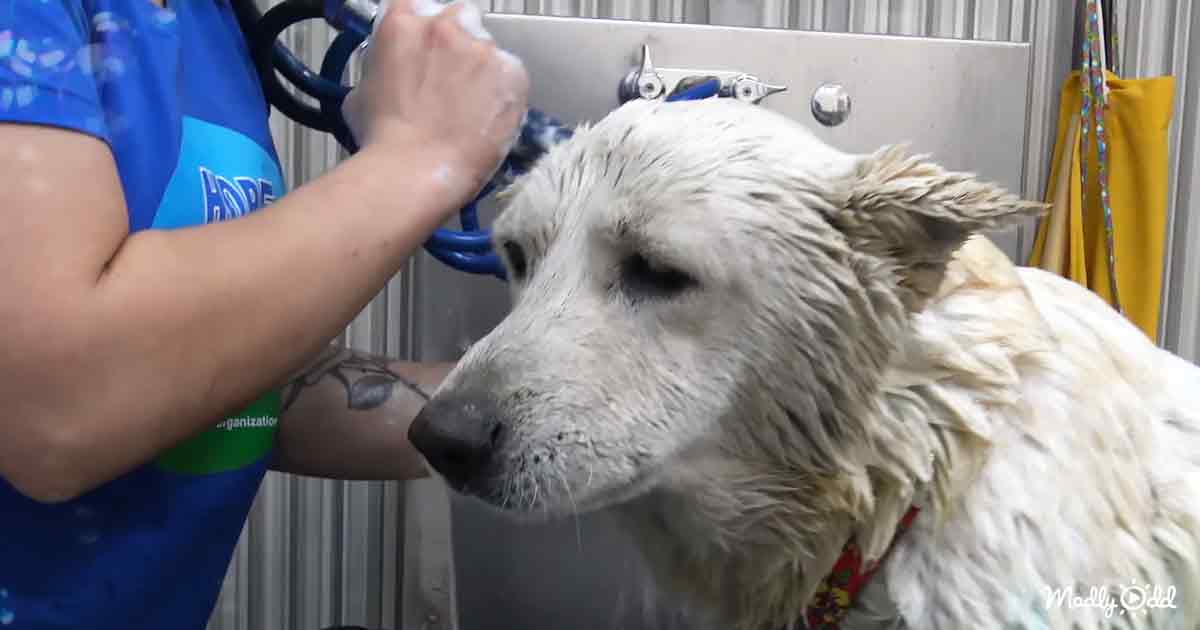 The thought that the poor dog had been sleeping on the freeway for almost 7 months saddened Eldad. The two rescuers decided to sit with the doggo. With time, the senior dog relaxed and started eating.

They named him Mr. Rogers, and the rescuers hoped he would follow the cheeseburger into the crate. But the poor boy got nervous. So Eldad decided to slow down the process and wanted to assure the dog that he was safe with humans. 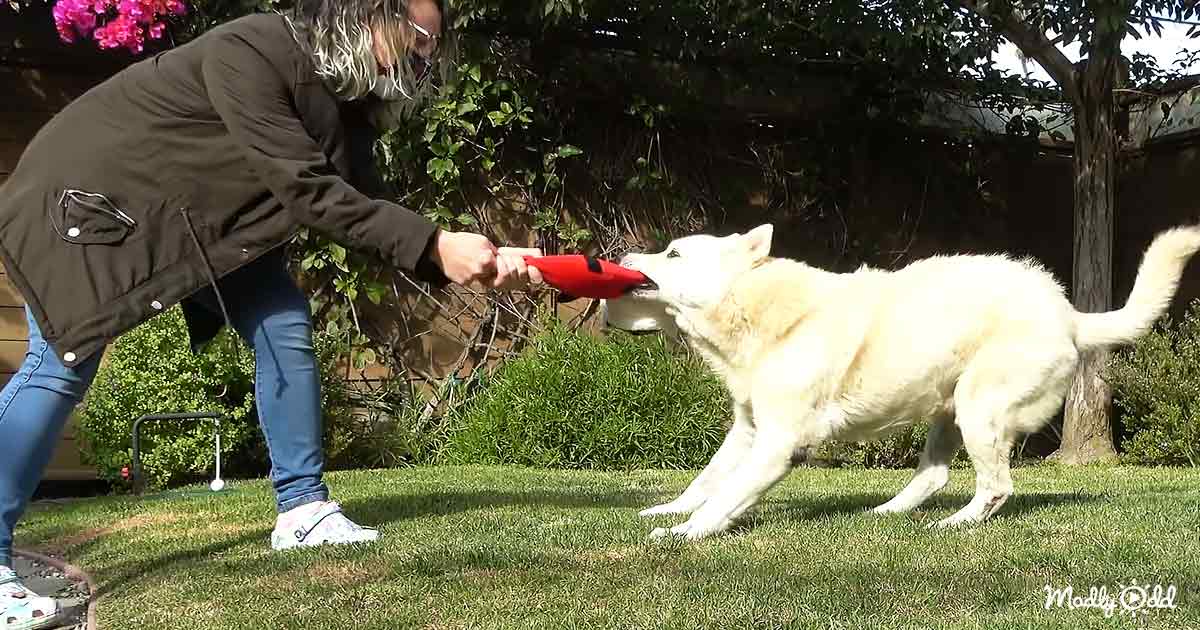 The senior dog now completely trusted Eldad and his friend. Without hesitation, he went inside the crate and was ready to go home. The dog was first brought into the Hope for Paws facility and was given a nice warm bath.

After getting dried, the vet examined him for a microchip and other health issues. Unfortunately, the poor fellow had an ear infection, but he looked alright now. After the overall check-up, one of Eldad’s friends, Hollywood Huskies, offered to foster him and informed Eldad that they would find him a loving home. After a few days at his foster home, Joann visited and found that his ear infection had gone, and he was now a happy pup. 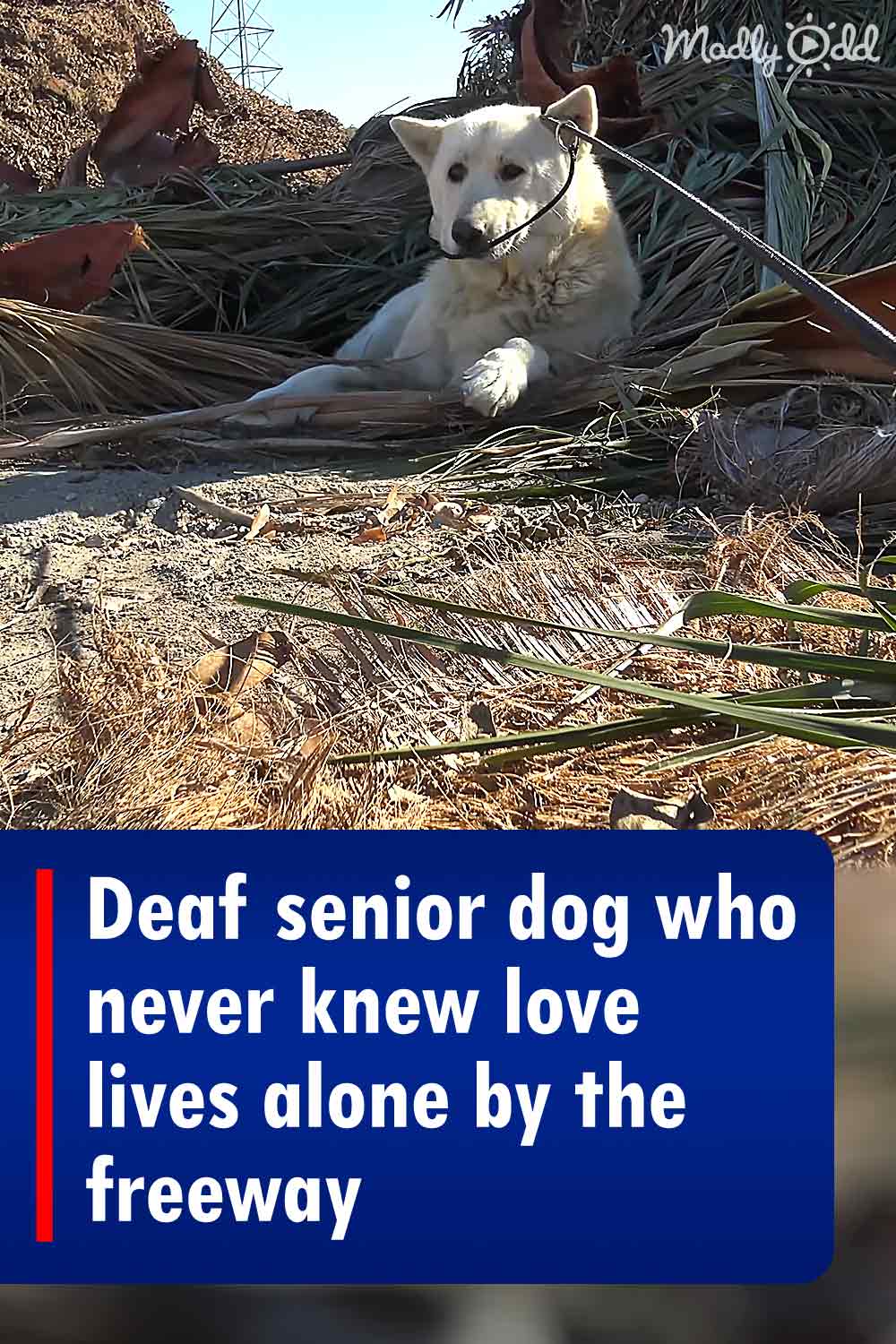