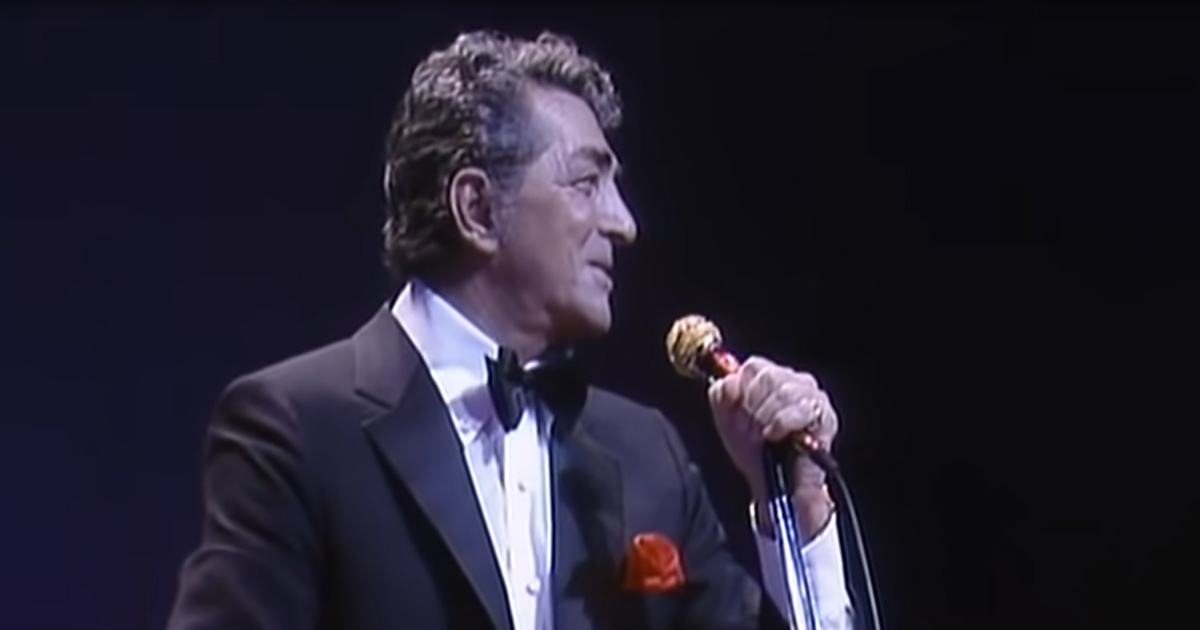 Dean Martin charmed, joked and sang his way around the world for decades, captivating audiences with his velvety voice and dashing good looks. A 1983 performance of “For the Good Times” captured Dino in his natural form, drawing both laughs and tears.

The King of Cool performed the song at London’s Apollo Victoria Theater in 1983. A recording shows him debonair as always, sporting a traditional tuxedo, red pocket square and cigarette as he banters with the crowd. “Here’s a song I recorded about 15 years ago,” he says. “I hope you remembered, and worst of all, I hope I remember.”

He then goes into show mode, putting on his sad eyes as light drumset and slinky piano notes begin. He channels the loss of the song, which features tear-jerking lines like, “Make believe you love me one more time, for the good times.”

“For the Good Times” was written by Kris Kristofferson and taken to No. 1 on the Billboard Hot Country Singles chart by Ray Price. Rolling Stone ranked it No. 18 on its list of the 40 saddest country songs of all time in 2019.