Fram was found wandering around by the roadside, lost and disoriented. His rescuers have no idea how he came to wander in the area, but he looked quite uncared for. They were wary of the dog as it looked like it hadn’t eaten in a few days and didn’t want to scare him away.

The lost puppy was near to a busy street and his rescuers didn’t want to startle him into making any sudden movements that would send him hurtling towards the heavy traffic. Patience was their only friend and after an hour passed, their patience was rewarded. Fram slowly approached them and trusted them to give them his paw.

By giving them his paw, he was also giving them his trust. They bundled the lost puppy into their car and rushed to the vet, seeing that the dog was obviously suffering from many problems. At the vet’s, they discovered that Fram had multiple ticks, fleas, and even mange.

He was given treatment for all of his problems and was given lots of TLC which transformed this lost mangy puppy into a well cared, good looking dog! After several baths, lots of hugs, love, and attention, Fram has become a whole new pup! This good-looking ‘polar bear’ pup is now looking for a new home.

Watch this video and let us know what you feel after watching it. My heart was just melting seeing the dog’s rescue and his comfort with his rescuers. Who wants to adopt him and add a valuable member to their family? Please let us know if you would be interested in the comments section. We’d love to hear from you! 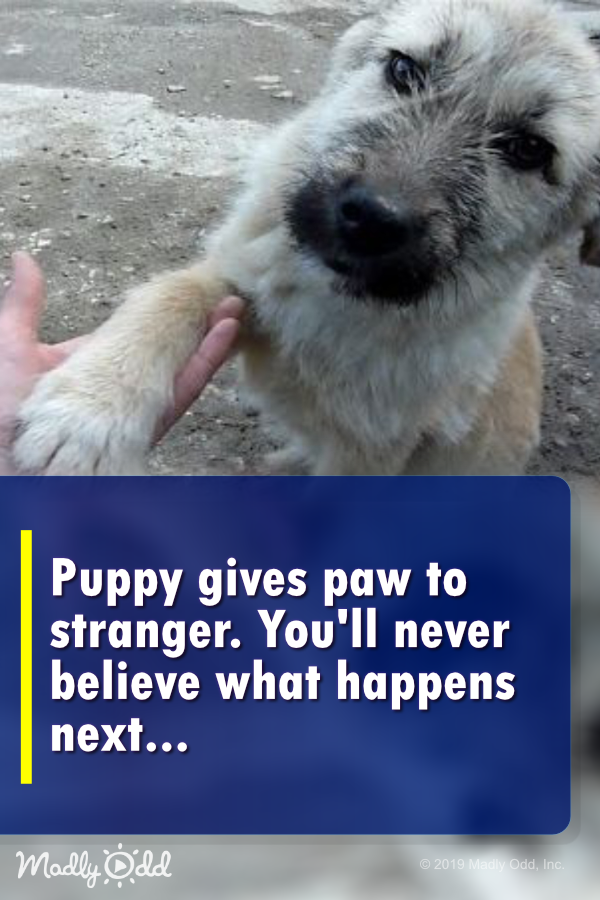