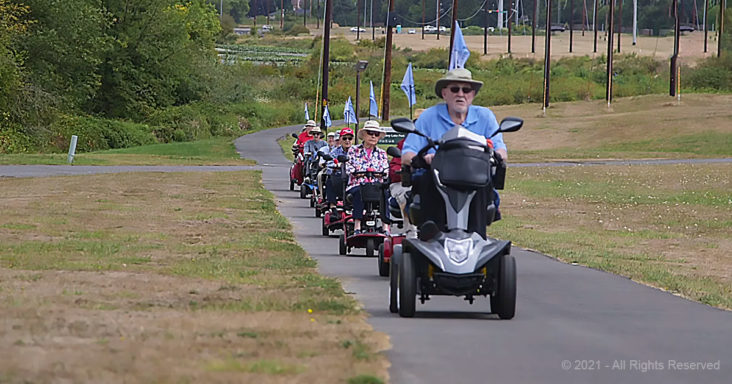 Retired lieutenant colonel Mel Hays leads a team of seniors on a scooter trail. His creation of Laurel Parc Scooter Club has grown into something special for a small community.

Navigation is something that stuck with WWII veteran Mel Hays through retirement. He recalls his time as a pilot in the war, where many of his countrymen would lose their way home in the chaos. This was a sobering thought, and one of his main motivations for starting a scooter club.

Hopping on a scooter is easy, but finding a ridable trail makes things difficult for seniors. Even in neighborhoods that keep up with their trails, it isn’t uncommon for some seniors to get lost while riding.

The 97-year-old Mel Hays goes through extraordinary lengths to map out the trail for his fellow members. The creation of the Laurel Parc Scooter Club uses destinations that are fully mapped out on his behalf.

As a caravan of happy seniors rolls down the trail, Mel Hays leads and makes sure they get to their destination. Other than the occasional bad weather, nothing can stop their weekly trips.

The biggest myth about aging is that you lose a lot of independence during your golden years. Mel Hays not only proves that myth wrong, but shows that being a leader is an innate trait. 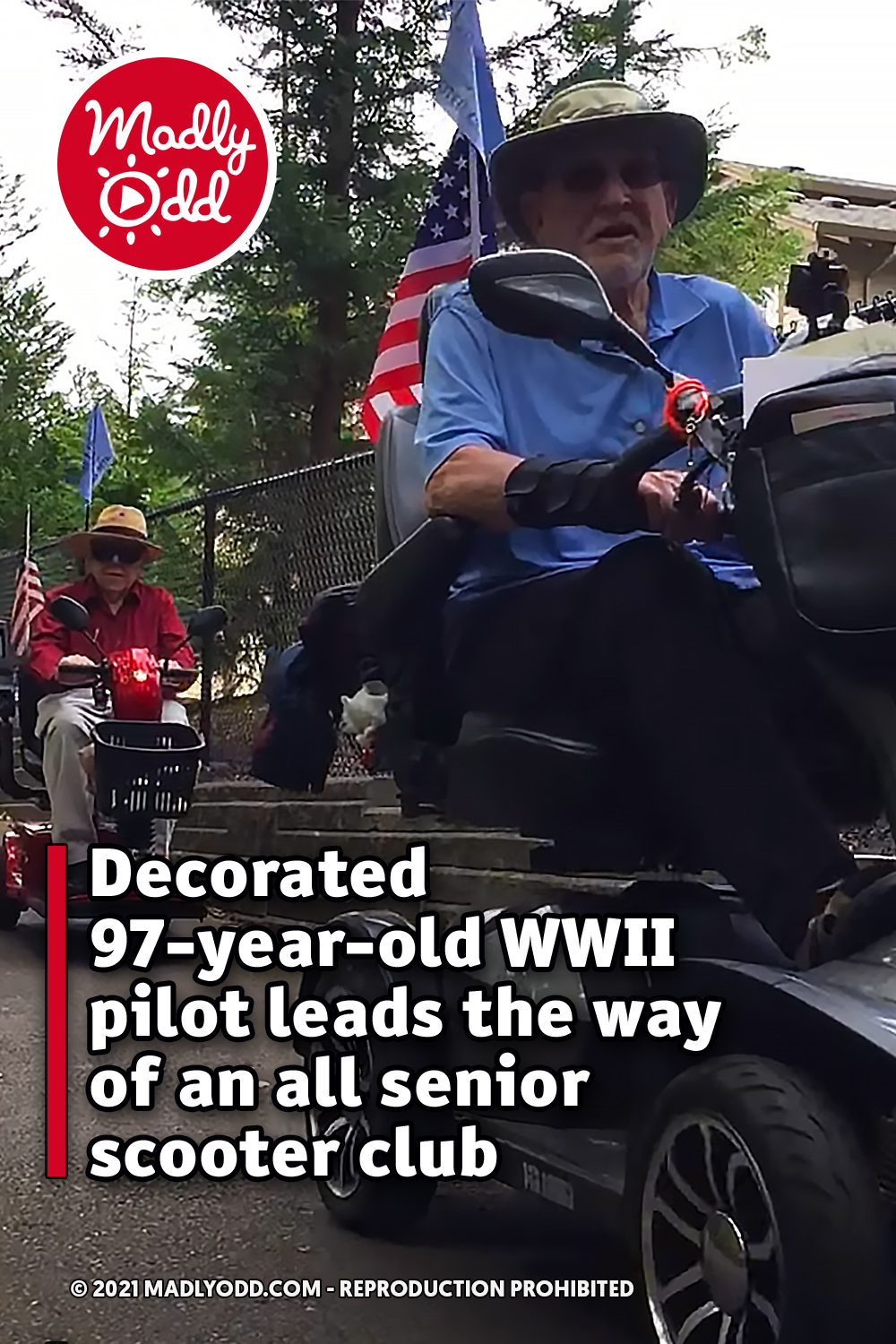