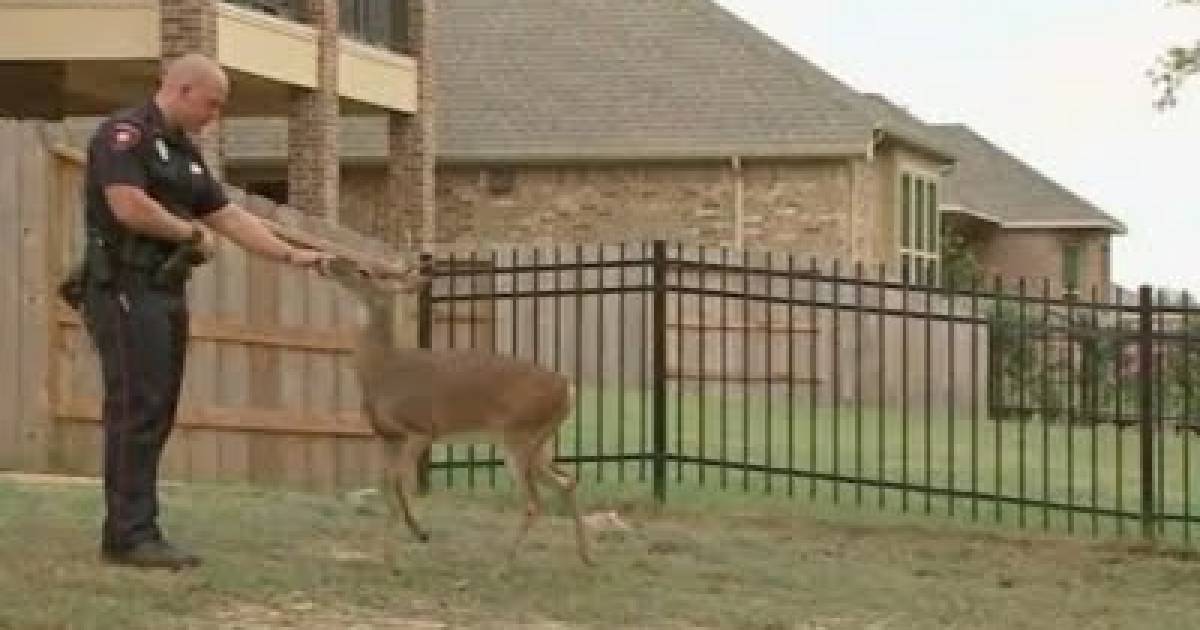 For one Texas homeowner, seeing a deer standing on his patio couldn’t have been too surprising, what with the wooded area that was nearby. There was something a bit unusual about this deer, though: there was a cord of some sort wrapped around one of the deer’s antlers. But what was really strange is that the deer almost seemed to be asking for help.

Figuring he couldn’t possibly help the deer on his own, he dialed 911 for backup. Officer Kevin Zieschang answered this less-than-routine call and was able to cut the cord off the deer’s antler gently. Even a friendly deer would have run off at this point, but not this one. 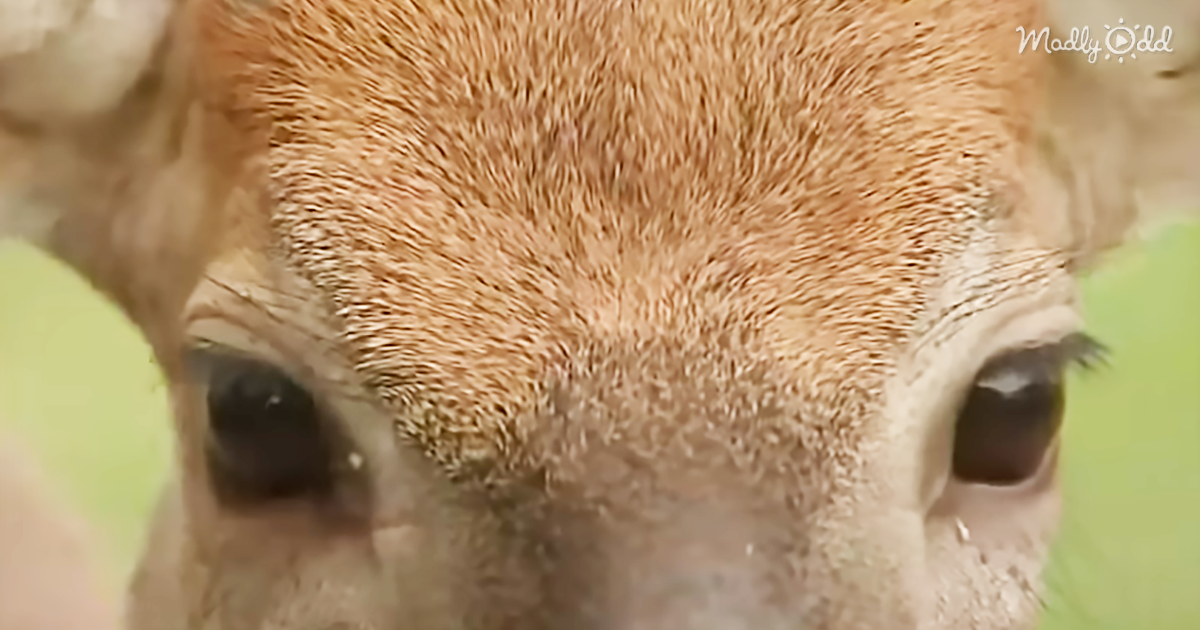 “I tried to spook him to get him to run back out in the woods, and he wasn’t having it. He wanted to hang out with us.” Could it be that this deer realized that these were nice people who wouldn’t hurt him and that it would be impolite to leave too soon?

The local news media picked up on this curious story, and a few days later, Officer Zieschang was back at the house with a reporter. As the reporter was interviewing the police officer, guess who showed up? Yes, the very same deer. It was as if the deer somehow knew they were talking about him, and he wanted his 15 minutes of fame. So he walked right up to the police officer who’d been so helpful. 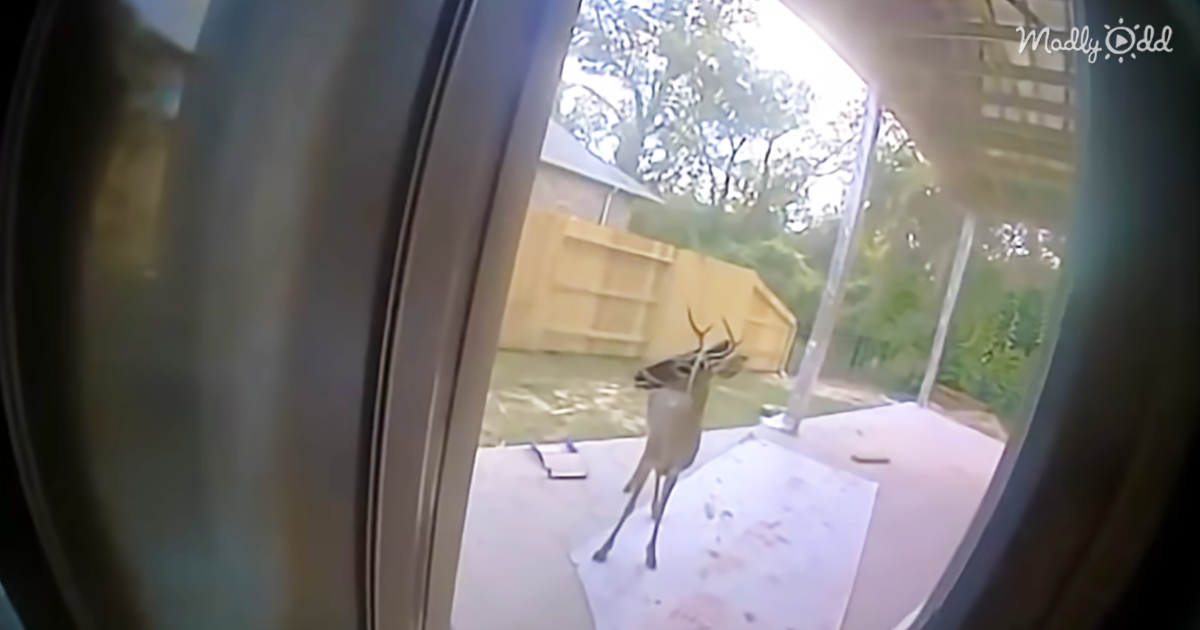 “Ah, he’s a good kid. I’m going to call him Uncle Buck, that’s my name for him.” Uncle Buck, the friendly deer, became a fixture in the neighborhood. Much as everyone liked him, they had to admit he was too unafraid of people for his own good. And so it was that Uncle Buck was sent to a local animal sanctuary to enjoy an early retirement from life in the woods. A video about this unusual deer is posted below. 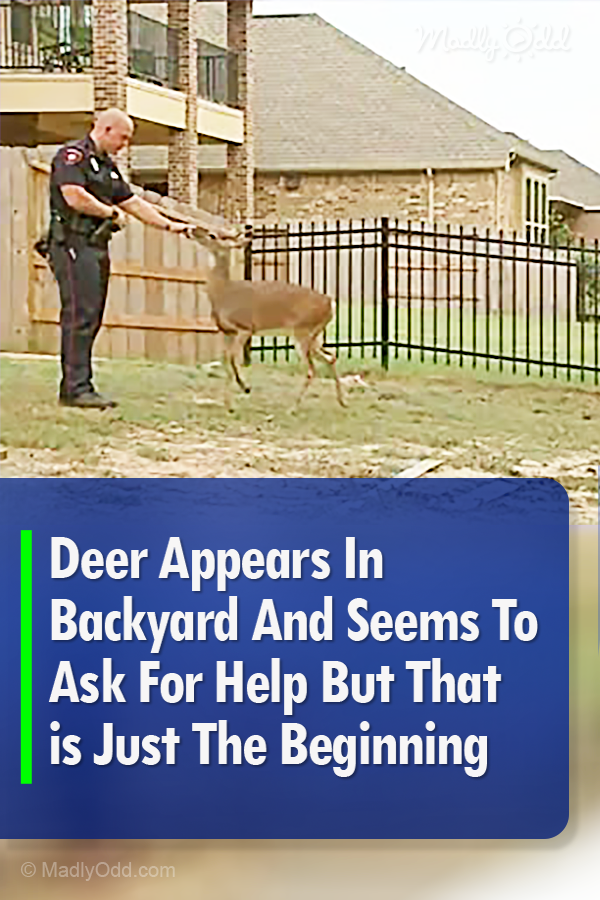