A homeowner in Texas couldn’t have been too surprised when he saw a deer standing on his patio, after all, there was a wooded area nearby. What was slightly unusual was that there was some cord wrapped around one of the deer’s antlers.

Strangely, it was almost as if the deer was asking for help! Assuming that there was no way he’d be able to help the deer on his own, he called the local police for backup.

Officer Kevin Zieschang answered the call and gently cut the cord off the deer’s antler. Instead of running away as a typical deer would, this one stayed put. “I tried to spook him to get him to run back out in the woods, and he didn’t have it. He wanted to hang out with us.”

Perhaps the deer knew these were lovely people and didn’t want to be impolite by leaving right away!

The local news media picked up on the story, and several days later, Officer Zieschang returned to the house along with a reporter. Partway through the interview, who suddenly turned up but that very same deer! It was as if he knew they were talking about him. The deer walked right up to the helpful police officer. “Ah, he’s a good kid. I’m going to call him Uncle Buck, that’s my name for him.”

WATCH: Abandoned by Mama, baby deer risks everything to be loved

The friendly deer became a fixture in the neighborhood and much as everyone like him, it was apparent that he was too unafraid of people for his own good. And so it was that Uncle Buck was sent to a local animal sanctuary to enjoy an early retirement from life in the wild.

Check out the video we’ve posted below and let us know what you thought of Uncle Buck in the Facebook comments. Be sure to like and share, too! 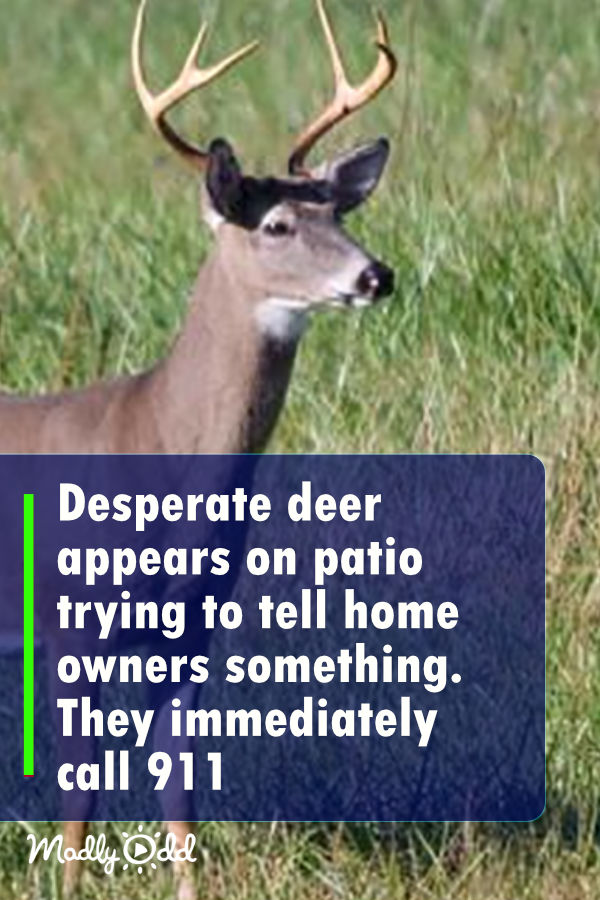