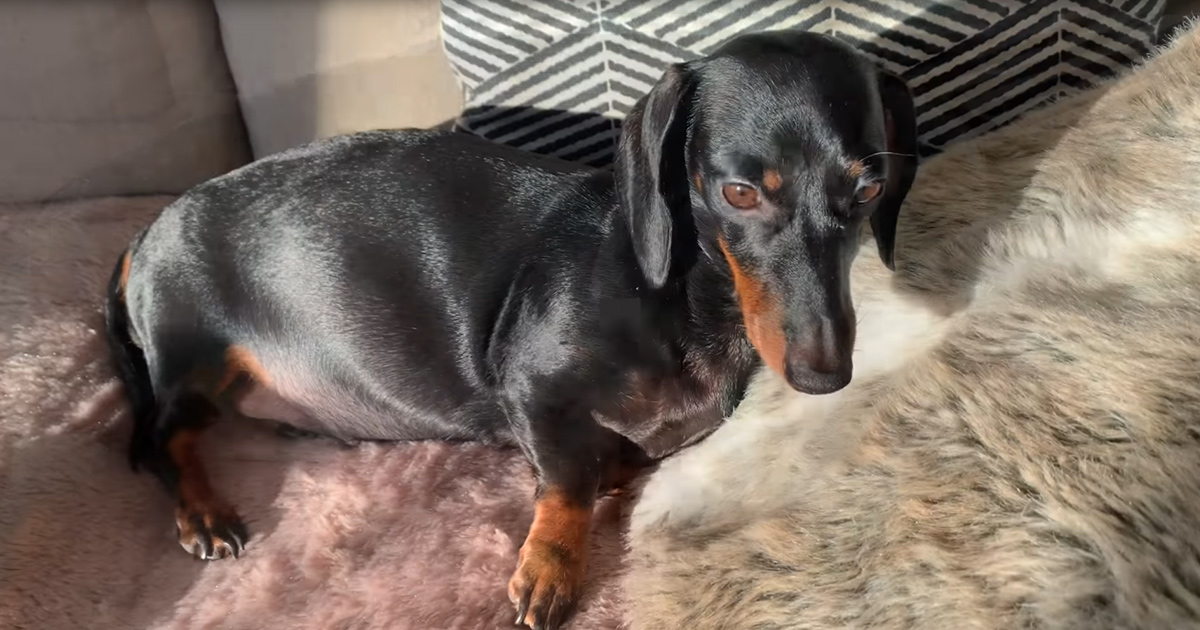 Poor Loulou, a very pregnant Dachshund, has officially hit the waddling stage of pregnancy. She wants her owner to pet her head and makes a valiant effort to get to the other side of the couch. When she finally makes her way over there her owner is more than happy to oblige with some ear scratching.

Her belly gets itchy too, but her little short legs can’t scratch it anymore. So whenever she wants her human to rub her belly, she kicks her legs. If you look really closely at her stomach, you can see the puppies are moving.

Loulou lies on top of some fluffy blankets inside the whelping box. She doesn’t look very comfortable, even though the box contains the soft blankets, but then again, no one is comfortable toward the end of their pregnancy.

When she lies on her stomach, her belly looks almost bigger than she is! The puppies are moving around a lot more. Loulou is 60 days pregnant here, and the average gestational period is 63 days, so thankfully, the poor pup doesn’t have much longer to go.