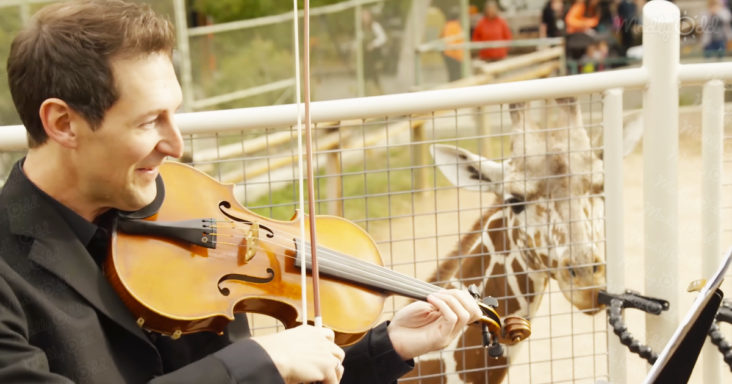 A herd of giraffes were given an unexpected and delightful performance when four members of the Colorado Symphony serenaded them with classical music. It was a fun and exciting day for the animals and the musicians.

The four-piece orchestra visited the Denver Zoo as part of an ongoing project to learn how animals respond to music stimulus. Playing just outside the animal enclosure, they went through a medley of well-known pieces.

The giraffes responded with gleeful and sometimes amusing antics. Although some of the more reticent animals stood near the back of the enclosure to observe the performance, others came out to see the show. 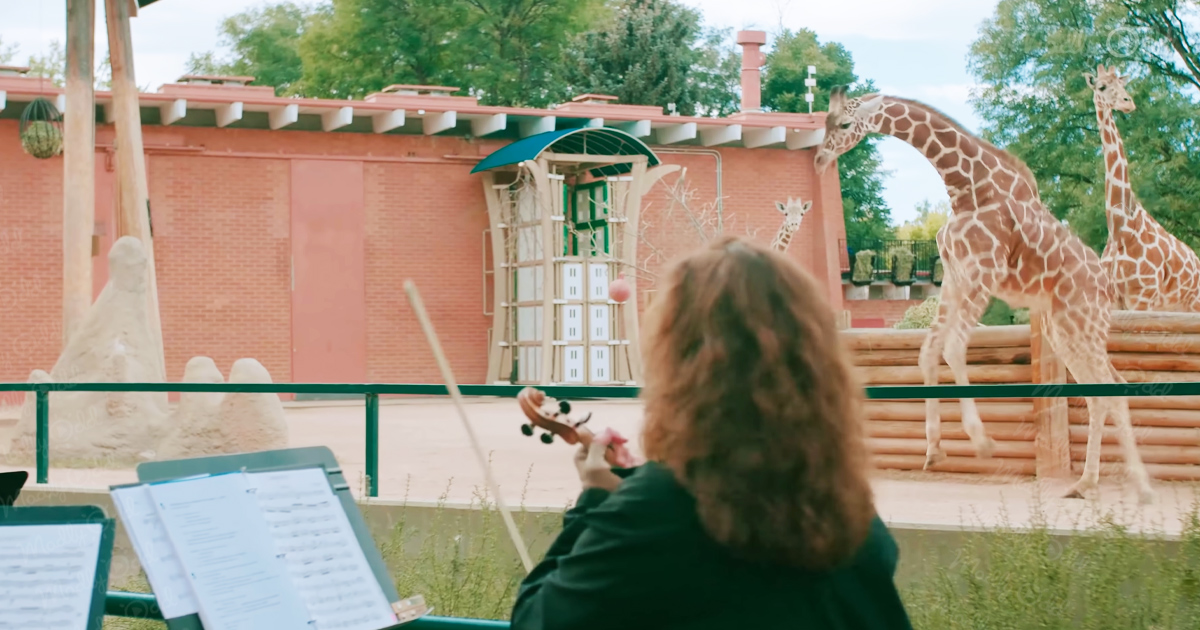 They often moved around their area and danced, shaking their legs, and moving their necks as the music changed tempo and tone. One of the boldest of the giraffes came right up to the group while they played.

He stood just inside the enclosure, watching them, and craning his neck to get a better look. At one point, he leaned his head all the way down outside the fence and nearly on top of the players.

Overall, it was an exciting day at the zoo for both the musicians and the animals. The Colorado Symphony has plans to continue playing music for different animal groups, both inside and outside the zoo grounds.

As for the giraffes at the Denver Zoo, they were happy to receive such an unusual performance. It is safe to say that animals respond to music in many of the same ways humans do.