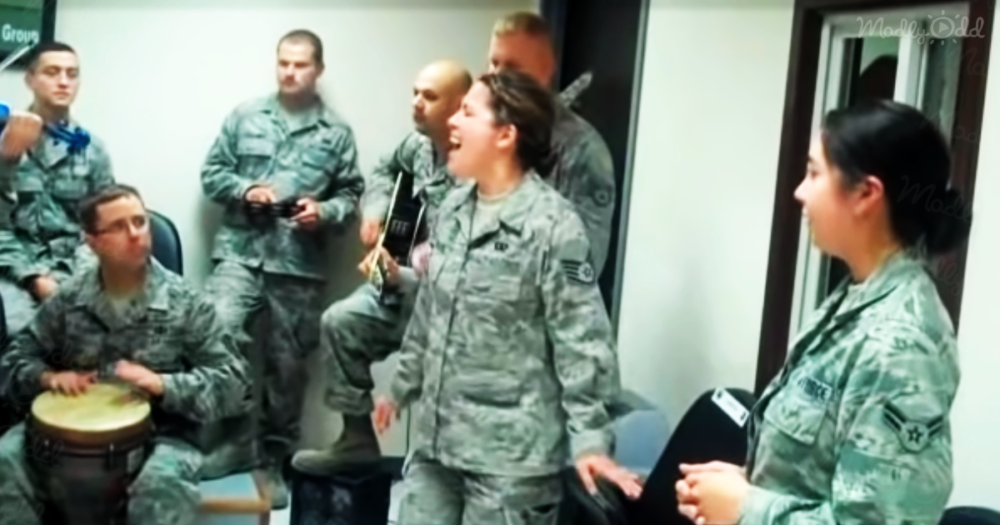 Just another reason to be proud of our mazing Armed Forces.

The men and women that make up our disciplined forces are the most courageous and straight-forward people you’ll ever meet. They put their lives on the line just so that we can enjoy a peaceful and tranquil environment on any day, time and at any location.

Their training regimen is already hard enough. Therefore, a time taken to relax is highly appreciated. One way of doing this is through song and dance as you might have seen in many videos on the internet. It’s a way of helping them reduce their stress levels. 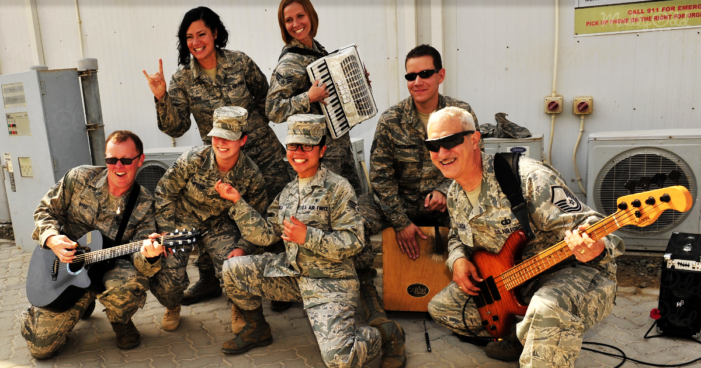 In the video featured below, a group of deployed airmen shares a hilarious casual performance of beautiful renditions of favorite songs. Some of the members of the U.S. Air Forces Central Command Band Band got together to celebrate Airman Amber Holt’s birthday, and they did it in harmonious style. They played the guitar and fiddle as they did what ordinary people do on birthdays, sing their hearts out.

They started with Adele’s “Rolling In The Deep,” followed by “Empire State of Mind”, a song in which Jay Z featured Alicia Keys and finally signed off with Journey’s “Don’t Stop Believing”. To say that they nailed each song is an exaggerated understatement. As if we really needed another reason to be proud of our amazing Armed Forces!

These guys not only deserve love and respect from us all but thousands of shares too. Do them justice by sharing the video with your friends and letting us know your thoughts in the comments section.