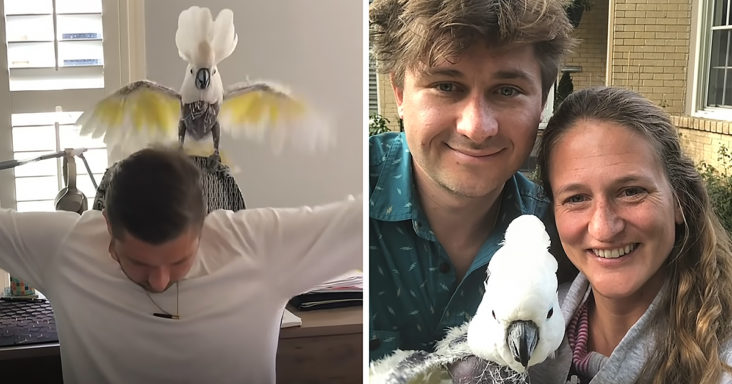 Misha & Kristin recently adopted a featherless cockatoo, Audrey. One day, the couple met a lovely 85-year-old lady at work whose husband had recently passed away. This had depressed the bird a lot, and she had ripped all her feathers out because of this. 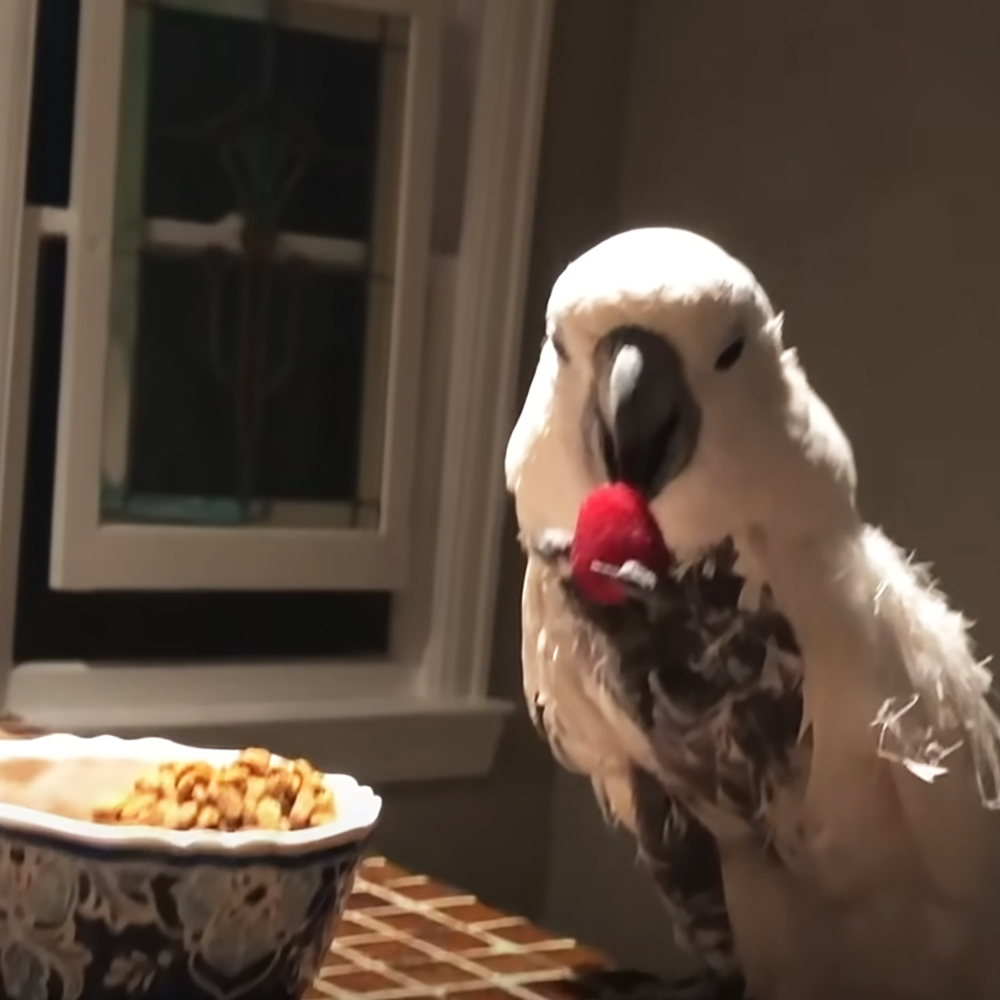 Audrey’s only feathers were on her head, her tail, and a few at the ends of her wings. When the couple met the bird for the second time, she just climbed straight into Misha’s arms.

Misha wanted to adopt the bird and called his wife to ask if he could. They already had a pet dog, and Kristin was overwhelmed to hear the news that they were adopting a cockatoo. The bird instantly bonded with Misha. While the new dad worked on his computer, the cockatoo would sit quietly beside him. 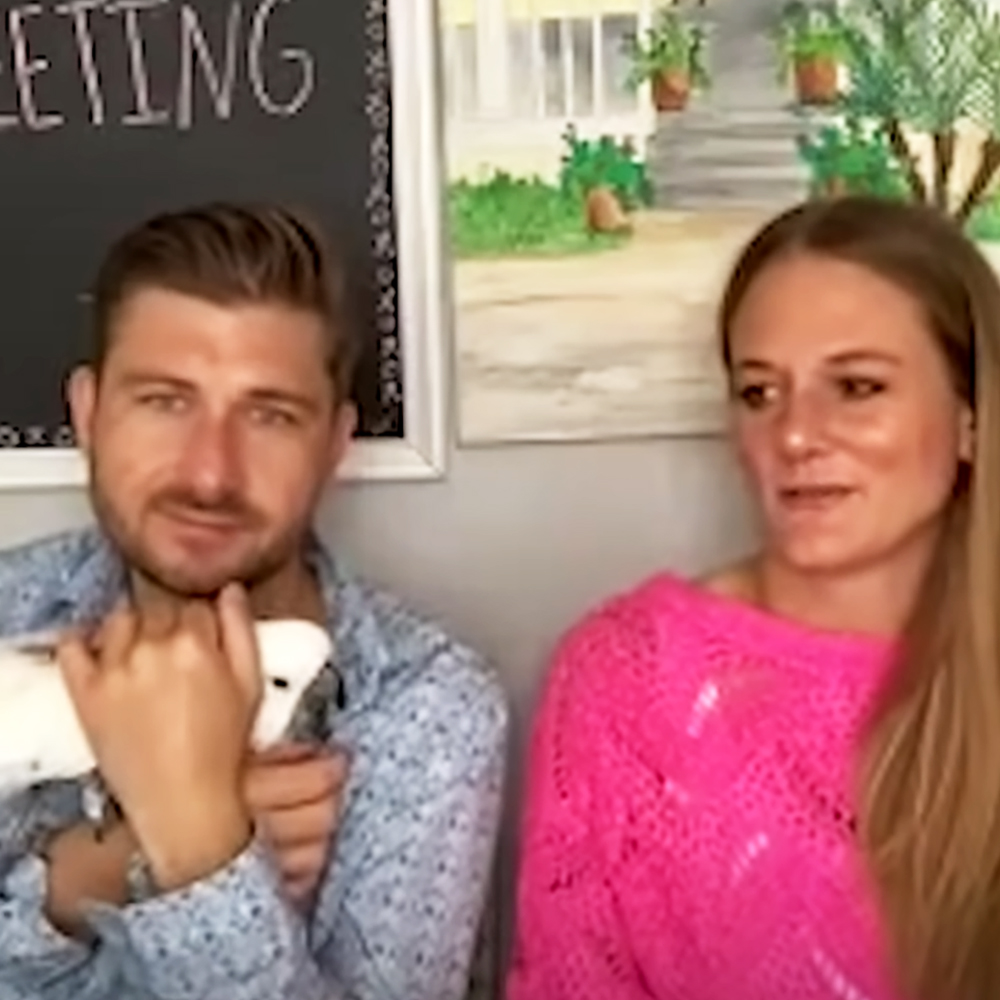 It took a couple of weeks for Kristin to hold Audrey and pet her. However, after she got comfortable, Audrey would snuggle up to Kristin whenever she wanted and kiss her often.

The cockatoo loved doing her hair. This was the turning point of the relationship between Audrey and her loving mom. After a couple of weeks of staying with her new family, one day, Misha played music, and Audrey started to sing along with it. 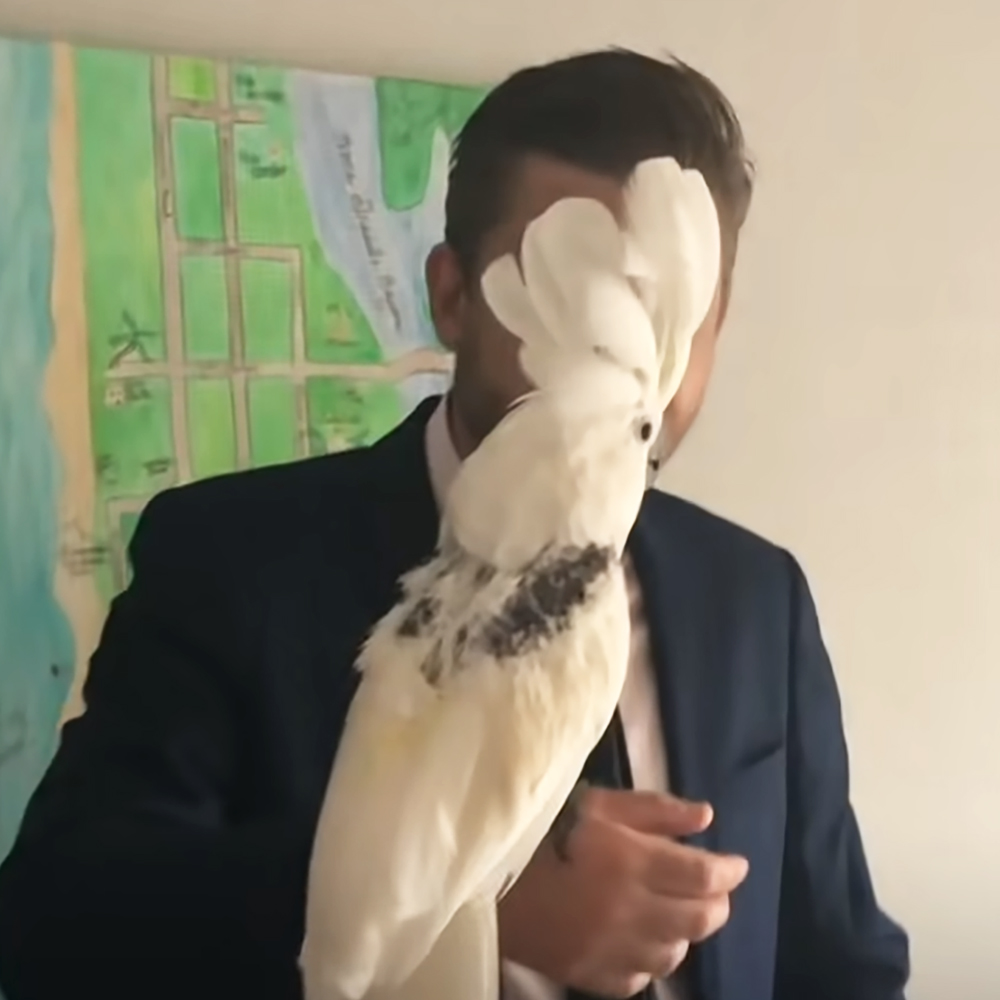 She would sway along with the music and mimic her dad’s every movement. Kristin could not believe that birds could move to music like that. The adorable bird just filled the day with happiness for the couple.

Audrey’s demeanor slowly but steadily became happier. The cockatoo parents could see the changes as the bird grew new feathers every day. Audrey just flourished and bloomed like a flower every single day.