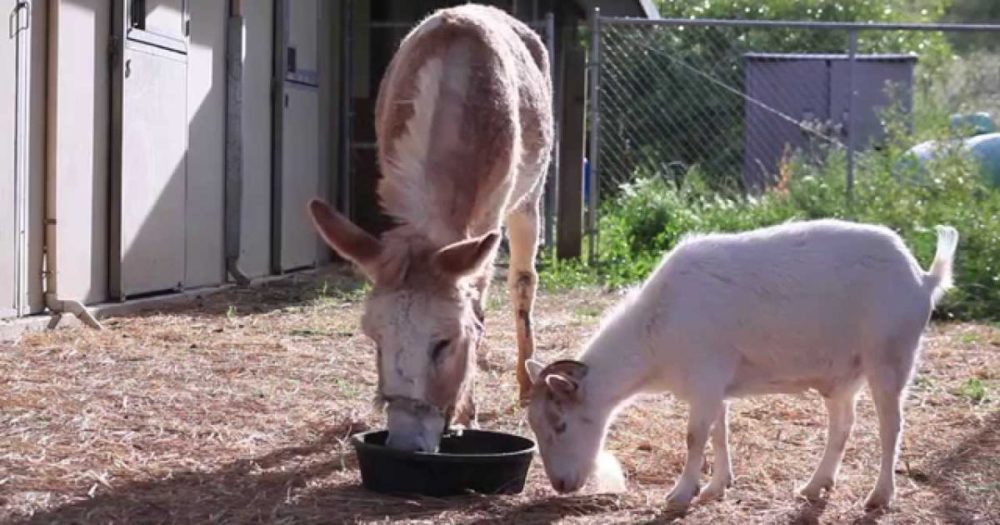 The video below features a touching story that will bring you to tears. A goat and a burro were rescued from a terrible environment where they had been living together for four years. They were very close to one another, but since their rescuers didn’t know about it, they were taken to two different animal sanctuaries to start their new lives.

The goat is called Mr. G and his friend the burro is named Jellybean. Mr. G missed his best friend so much that he started showing signs of depression. Even after six days of his rescue, all he did was lie in a corner of his stall. He wouldn’t eat and he wouldn’t step outside. Everyone was concerned about his behavior. But that’s when one of the volunteers drove 14 hours round-trip to bring Jellybean to Mr. G. Wait till you see how much difference that made on the goat’s outlook. 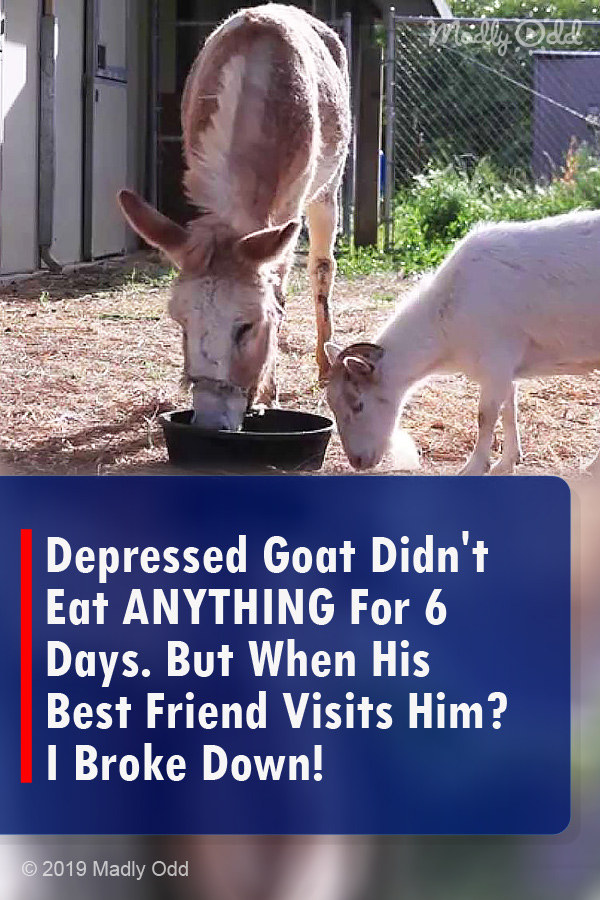