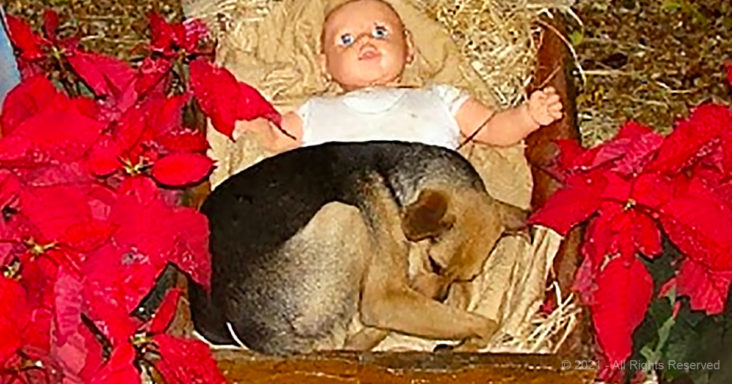 When life is hard, you look for familiar places. A homeless puppy found familiarity and warmth in a nativity scene.

Nativity scenes are one of the best parts of Christmas. You get to see an incredible story told on stage from beginning to end. Sometimes building the set is just as thrilling as the play itself.

When the scene was set and the lights went out, the lost German Shephard snuck into the hay-filled bed with the baby. In the middle of a cold night, he snuggled up and went to sleep without a care in the world.

When everyone arrived the next day to see the dog, it turned into the surprise of the year. Many saw it as a sign, and remarked on how incredible the journey was for the German Shephard. This was indeed a fortunate dog, one that found a temporary home.

Since the original post went viral, it was only a matter of time before a family adopted this very special dog. It’s obvious that he has good instincts, and even better taste in where he chooses to sleep.

Nativity scenes are an important part of the Christmas tradition. Families gather, and kids excitedly participate when chosen. No matter how many times you see it, there is nothing quite like seeing a miracle. 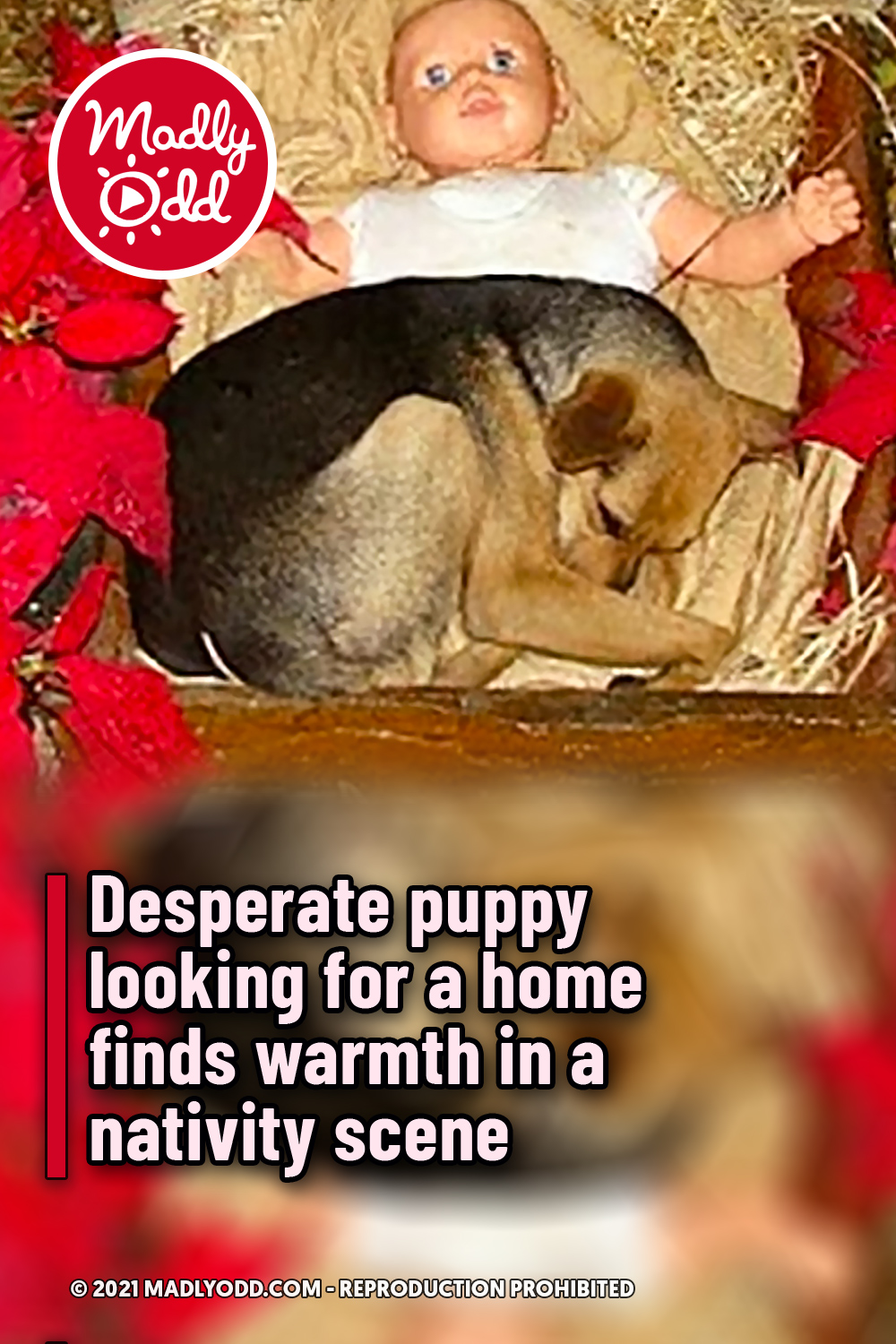