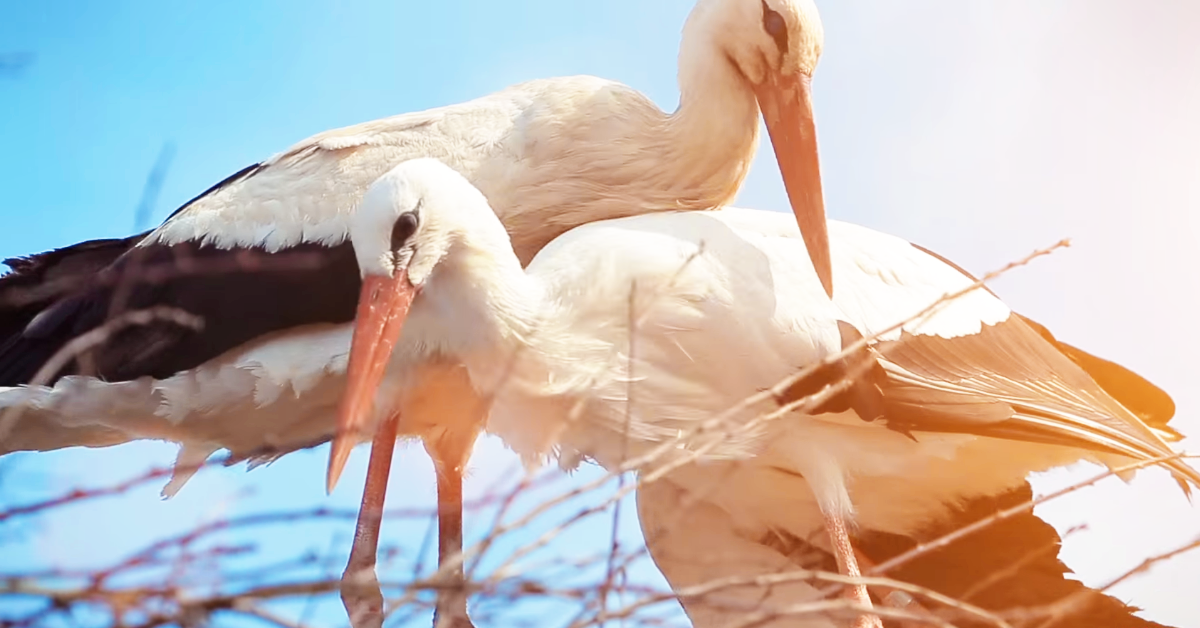 The storks in a small Croatian village migrate to South Africa near the end of every August. All but one stork, that is. Malena, a female stork, was injured by a hunter over two decades ago, and can no longer fly south for the winter.

Her partner, Klepetan, still migrates, leaving Malena in their nest on the rooftop of Stjepan Vokić’s house. Vokić cares for the storks all year, tending especially to Malena in the winter.

Once March rolls around, her partner, Klepetan, returns to her side. Storks don’t usually mate for life, though they often return to the same nest and nesting partner. While he doesn’t have his partner with him on the 8,000-mile journey each year, he always comes back.

This year, he surprised everyone, including Vokić, by returning a full week earlier than expected. While he had initial doubts whether the bird was actually Klepetan, Vokić says he saw the story seek out the bucket of fish he leaves outside for the returning bird.

Between March and August, Malena and Klepetan are inseparable. The two have raised more than 40 stork children over the years, and are sure to have plenty more.