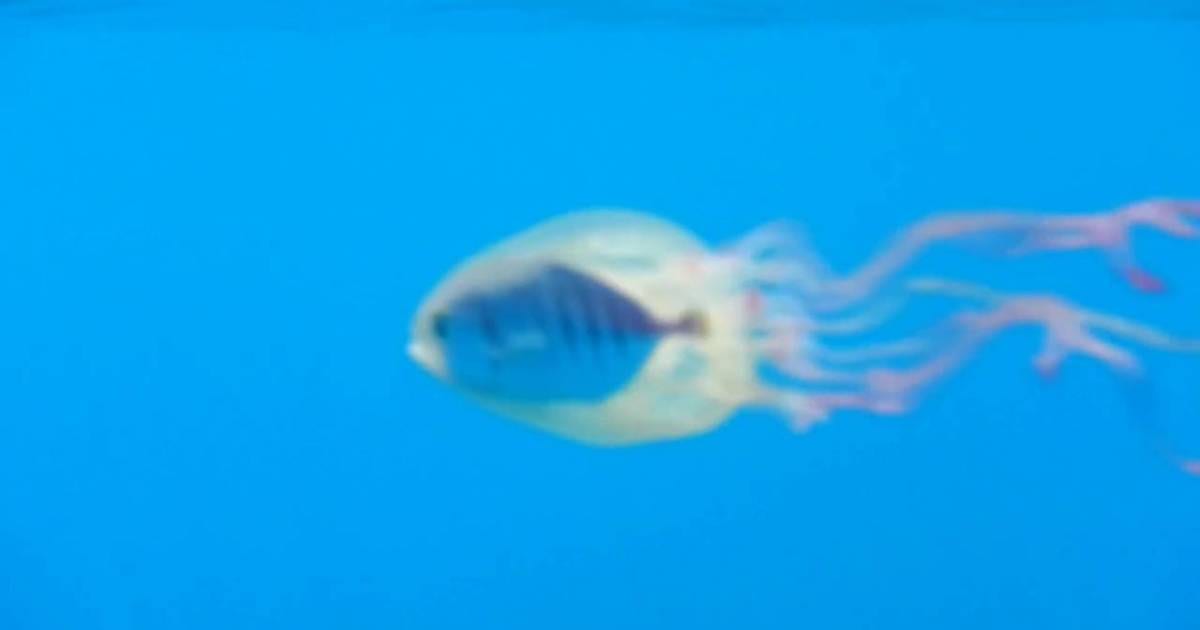 In the wild, it’s pretty commonly accepted that the larger animals tend to be at the top of the food chain while the smaller animals become the prey. That’s just how ecosystems function. However, many animals evolve in ways that give them defense mechanisms in case of an attack. Sometimes these methods of self-protecting turn out to be incredibly unique.

Tim Samuel is an Australian photographer. During a dive in Byron Bay in New South Wales, he didn’t know he would come across a one-of-a-kind discovery as he swam through the crystal clear waters. He pulled out his camera at just the right moment and captured something truly fascinating: a fish living inside of a jellyfish. While he couldn’t tell if the fish ended up inside the jellyfish’s body on accident or if the jellyfish had captured the fish on purpose, Tim knew one thing for sure: nature was running its course, and it wasn’t his place to interfere. He suspected that both parties were just as confused about the situation, but he might be wrong about that.

What Tim didn’t know was that this fish was likely trevally, a special fish that works with jellyfish in a really interesting way. These fish enter the body of a jellyfish in order to use the jelly’s stingers as protection from potential predators. That sure is one unique way of hiding from any approaching danger! It’s like slipping into a shield whenever you grow weary of your surroundings.

When you live in the depths of the ocean, you’ve got to do what you’ve got to do to survive, even if it means making an unlikely companion out of a jellyfish. Watch the video for more information on this intriguing occurrence.