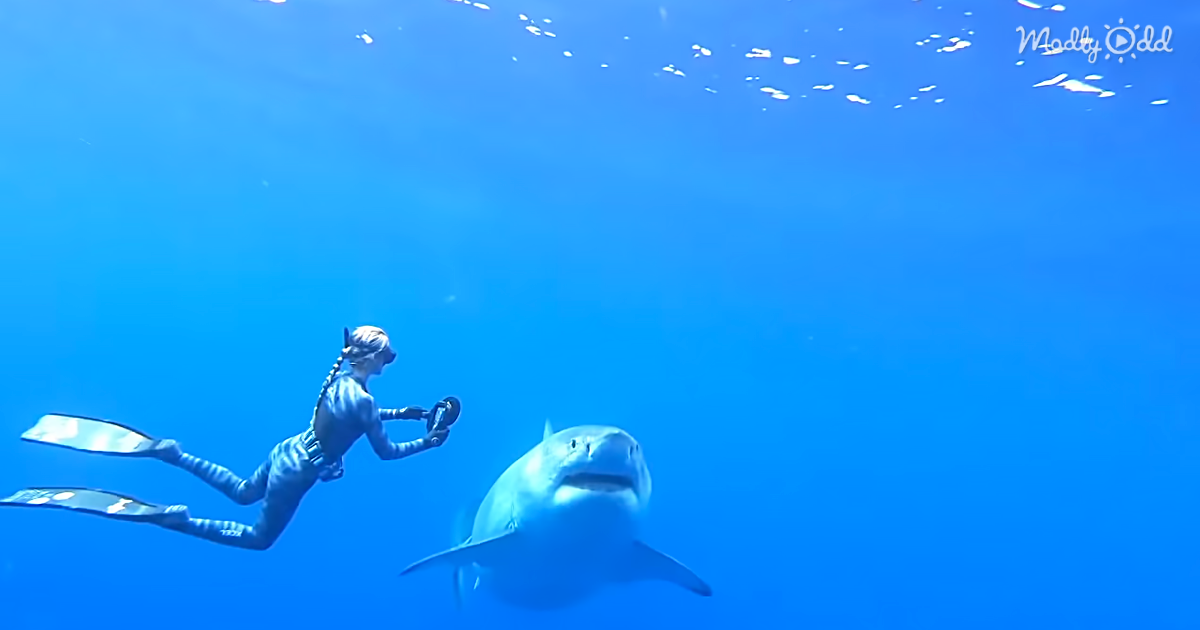 The largest Great White Shark on record, Deep Blue, was docile enough for an oceanographer to swim with her. The grandmother of the sea even let her fin be held.

A Great White Shark known as Deep Blue holds the distinction of being the largest shark on record. She’s also older than most sharks, so when divers spotted her off the coast of Oahu, they dove into the water for a chance to swim with her.

Deep Blue used their boat as a scratching post, swam with dolphins, and only showed the most passive of behaviors. It was for this reason that the divers felt like they could get in the water and swim with the giant shark.