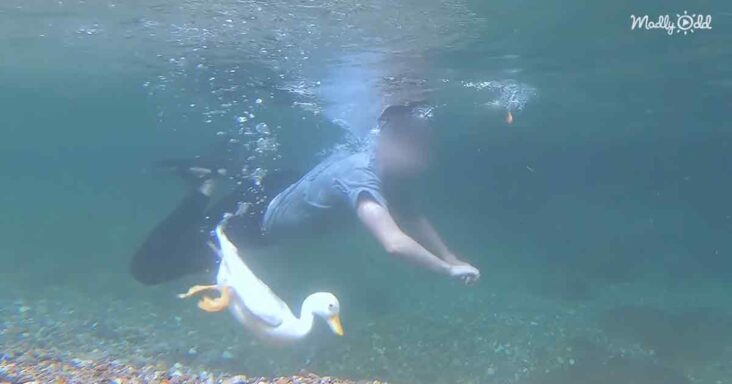 Recently, a couple had adopted 2 beautiful ducks. The kind owners lived in an apartment and felt guilty that they could not go out too often. So, the pet parents took them on holiday to a nearby pond. 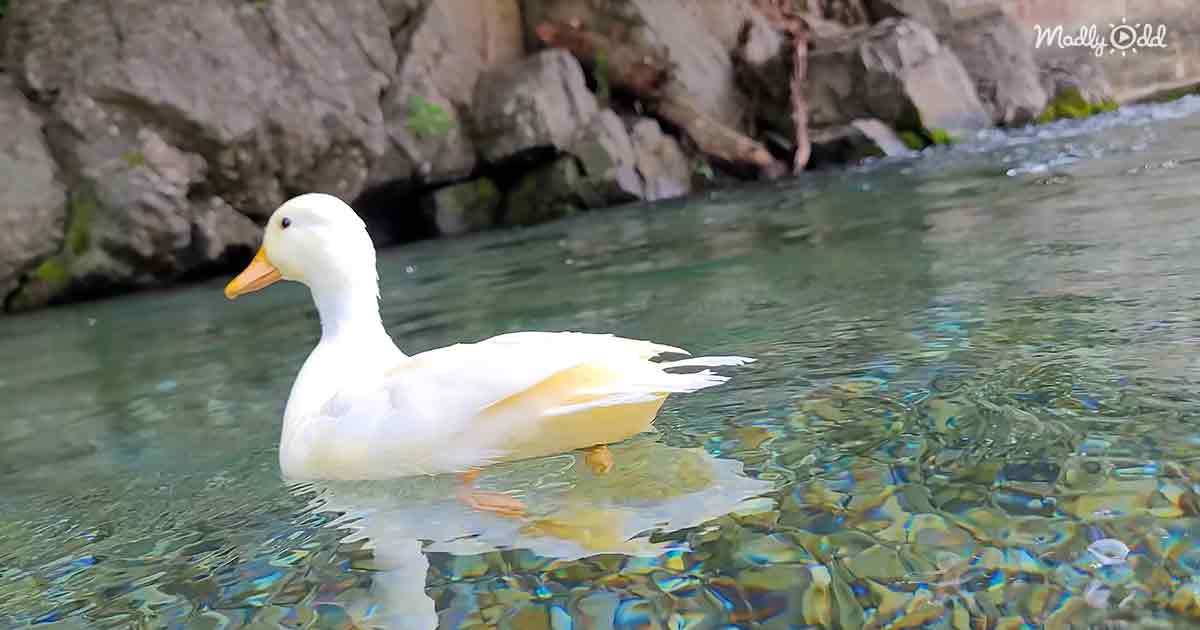 As soon as the two birds were released from their small customized carry-on enclosure, filled with green grass, they walked towards the pond and started to swim happily on their own.

The owners felt it was good for the birds to exercise at a natural pond because of the water current. So the ducks started to play in the water. One of the pet ducks, Seolgi, shook her head like a pigeon while she floated in the water. 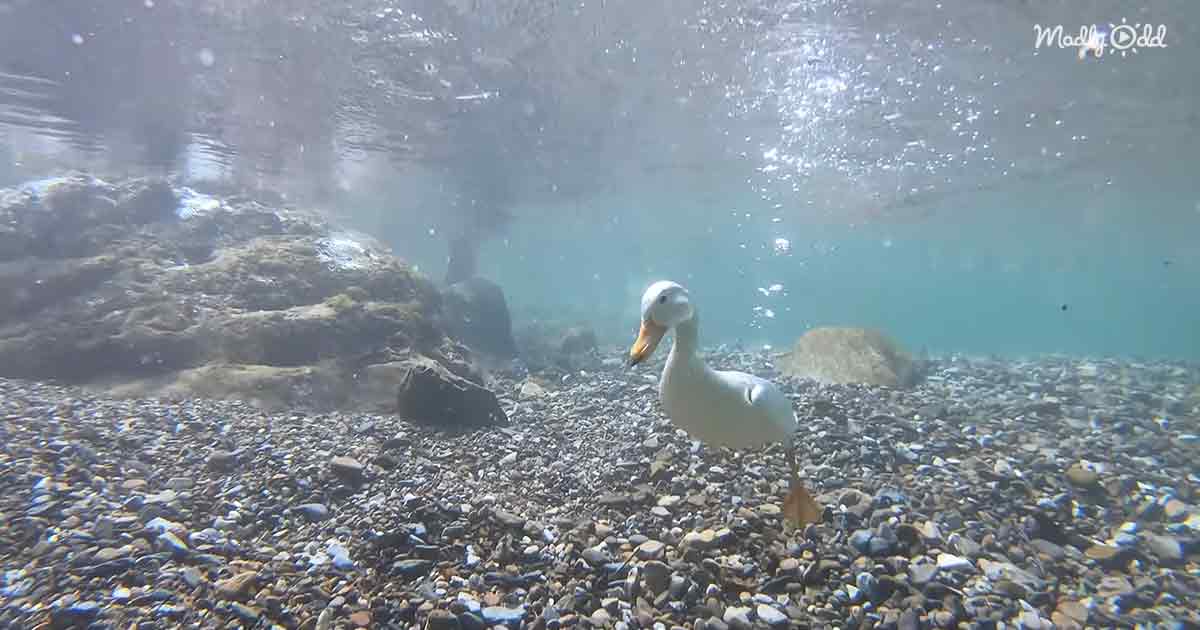 The pet parents watched the birds as they wanted them to be safe while the ducks enjoyed their day out at the pond. The pond’s water was crystal clear, and everything under the water was visible.

One of the owners decided to dive under the water and look at the fish and the living organisms underneath the pond. He was lucky to find a school of trout swimming nearby. 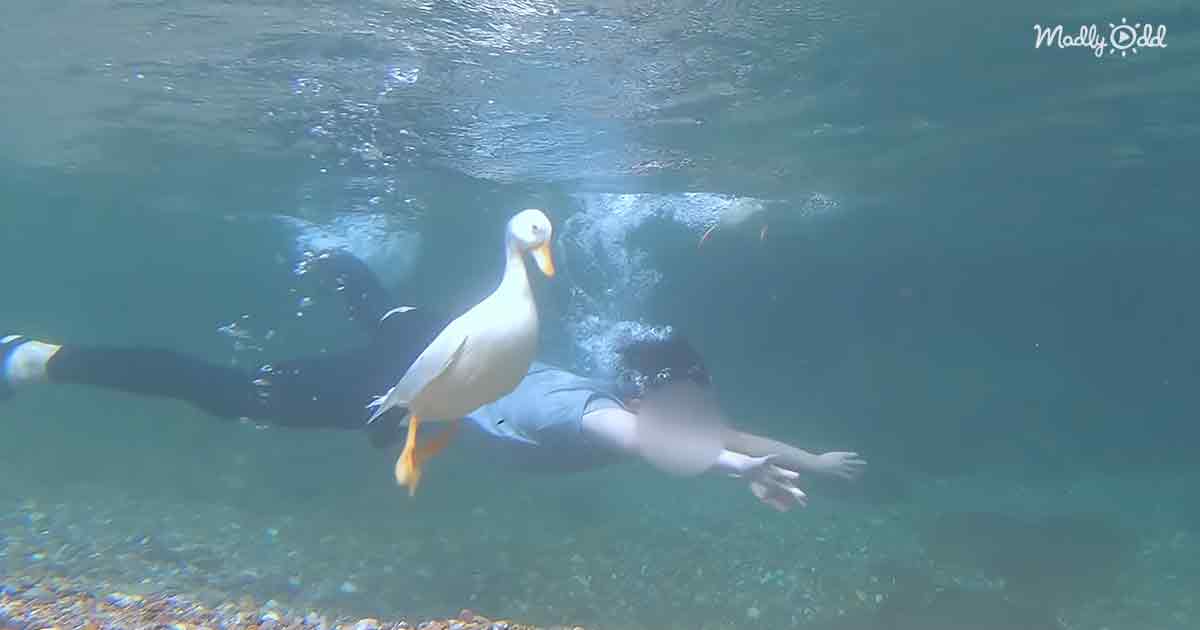 After diving once, he went down again to observe the fish. The ducks were swimming in the shallow water. However, when Cheese, the second duck, found the owner swimming, he immediately got on his back.

After a while, when the owner dived under the water again, Seolgi imitated his dive. It was beautiful to find both the bird and human under the water together. They continued to have fun diving and enjoyed each other’s company. The pet ducks really enjoyed themselves in the natural pool.