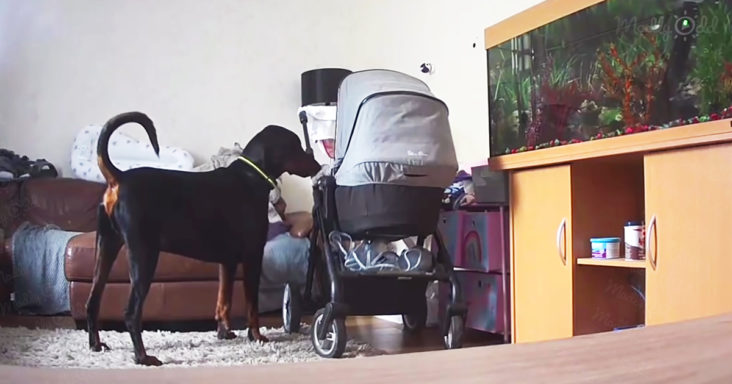 Dogs have been known as man’s best friend throughout history. In Crawley, England, UK, a gentle Doberman named Tommy has been seen solidifying the point. This adorable doggo found his new best friend in a baby.

Doberman Pinscher dogs are known for their strength and combat effectiveness, which may seem surprising to some. But at heart, Dobermans are still dogs, and like all dogs, they love humans.

Tommy is seen bringing his favorite toys to his owner’s baby. But, of course, he wasn’t trained to do that. He simply did it because he thought that the toys would make the baby happy. Such a sweet gesture! 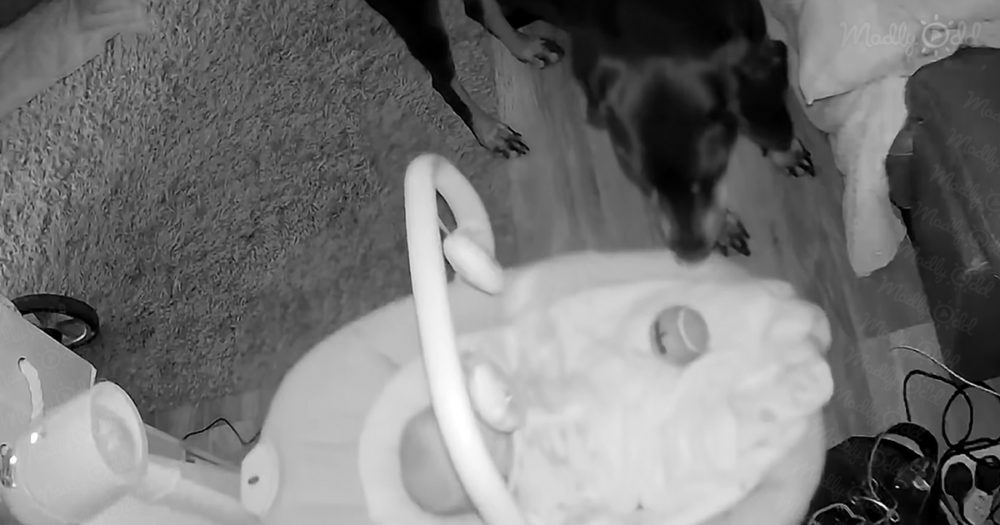 Of course, given the nature of dogs, it’s completely possible that he was simply trying to get the baby to throw the ball just like his owner does. In that case, we can conclude that they’re already very good friends.

Tommy’s kind gesture is no accident, though. As seen in the video, his tail hasn’t been clipped. It’s a cruel yet common practice to clip Dobie tails. The owner is clearly kind towards Tommy. In turn, Tommy is kind towards everyone.

According to Tommy’s owner, he’s been trained to stay at home, swim, and play with other dogs. Clearly, he has the staying-at-home part under his belt. With such an intelligent companion, the baby is sure to have an amazing childhood.

This is a testament to how kindness is reciprocated across the animal kingdom. The owner was kind to the dog, and the dog was kind towards the baby. It’s that simple.