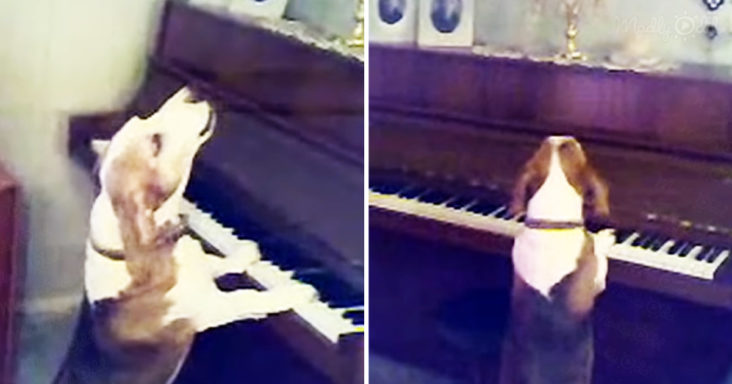 A dog stands on his hind legs, front paws on the piano. There isn’t a chair for him, and no music sheet in front of him. He starts his performance by pressing the keys with his paws.

Every now and then he lets out a deep emotional howl. Some would say he was singing the Blues. He continues to play piano and sing his heart out.

There are glimpses of his tail wagging, he is definitely happy to have an audience. He steals a few glances at the camera while still leaving his paws on the piano. 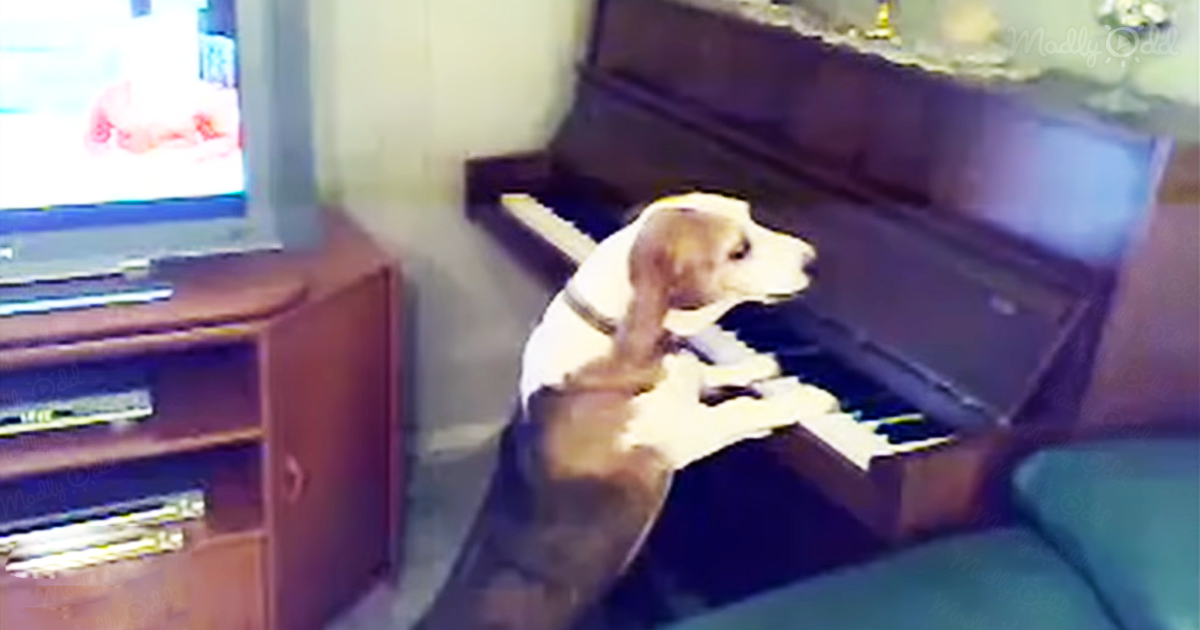 He even takes the time to take some dramatic pauses, sniffing the keys while thinking of what to do next. Like a true musician, he lets the music sing to him.

When he plays he doesn’t even have to look at the piano keys. He tilts his head back as he howls, clearly singing from a place of deep emotion.

He lets out a few more howls and slowly plays his way to the right end of the piano, hitting each key with all the weight of his paw.

A final howl and a final note, then his performance is over. He gets back down on his four legs, and simply walks away in silence. He knows he put on a great performance.