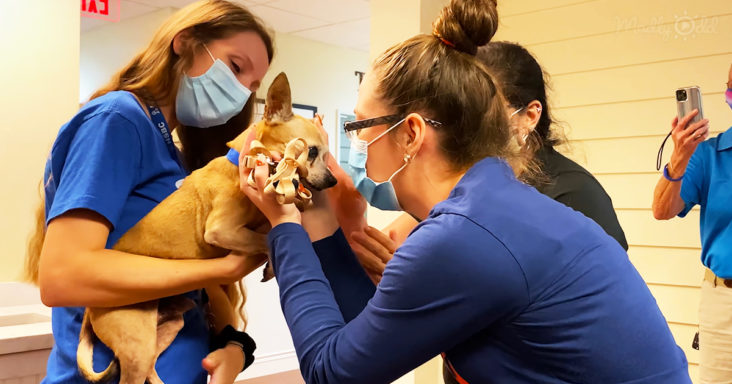 Finding someone you lost is the happiest instance in a person’s life. When you reunite with your loved ones, you feel as if a miracle has happened in your life and appreciate the fact that you found them.

A senior dog, King, who is a 15-year-old small brown Chihuahua mix, is the luckiest dog. He has been reunited with his family members after he went missing from his home in Texas. When the dog sees his family, he has a genuine smile on his face.

King had vanished one day six years ago from his family home in San Antonio, Texas. His family members had made numerous efforts such as making fliers, checking the dogs in other local shelters, posting the dog’s pictures on social media. Even if all the efforts were in vain, they never lost hope of finding King. 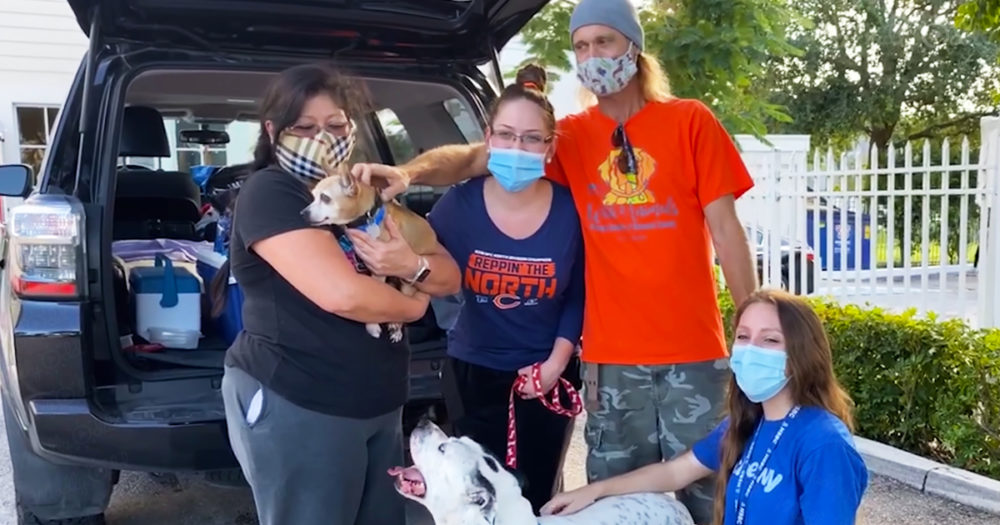 It took many years, but they found their lost dog; King’s family was thrilled to hear the good news. The animal shelter in Florida, known as the Humane Society of Broward County, found the dog. When they scanned him for the microchip, they found the owner’s information. So, they made no delays and contacted the family to come and get their dog, who has been missing them for a long time.

In an interview with the press, the owner Cherie Wachter, a vice president of marketing at the multinational bank HSBC, said they returned the call within one hour and were really happy and excited with the news about King being alive and safe. They drove 1,300 miles as the flight tickets were unavailable until the end of the week to get their sweet dog back home.

According to the shelter workers, King never came out of his shell and found the shelter a strange place to live. His behavior was very similar to the other dogs staying there. The shelter workers were delighted that they could find his home for him. The owners could be seen to be in tears when they saw their dog. King was a bit nervous as many people were there, but later, he found comfort in his human’s arms.

King’s family was so excited after the dog’s arrival that they decided to go on a trip to Dana Beach so that all of them could enjoy the time. Later on, the dog eased up and is enjoying his time with the family.