This video is a newscast featuring a dog named Killian who saved the baby from an abusive babysitter. As watching this video, I was in AWE.

The dog’s (Killian) behavior tipped the baby’s parents off to something was wrong. As time went on Killian became more and more aggressive towards their babysitter. This happened to the point where when the babysitter came in Killian’s mommy had to stop him from going after the babysitter.

“About five months into her being our baby sitter, we started to notice that our dog was very protective of our son when she would come in the door,” Benjamin told Fox News. “He was very aggressive towards her and a few times we had to restrain our dog from going towards her physically.”

This type of behavior spiked the parent’s curiosity, so they planted a recorder to record what was happening in the house while they were away from home.

As they returned and after listening to the recorder they found that the reason that Killian was so aggressive was that the babysitter was abusive towards the baby.

“It started with cussing,” Benjamin explains. “Then you hear slap noises and his crying changes from a distress cry to a pain cry. I just wanted to reach through the audio tape, go back in time and grab him up. To know that five months I had handed my child to a monster, not knowing what was going on in my house for that day,” Benjamin said in disbelief.

“Had our dog not alerted us to the trouble, had my wife’s instincts not said we need to make something happen, it could have been Finn that was killed by the babysitter,” Benjamin says. “You never know.”

Wow, just amazing, if animals could talk the stories that they could tell would amaze us!

“He is a very personable dog so for him to show aggression toward anyone is a sign that something was wrong,” Benjamin tells Fox News of hero dog Killian. “We hope other parents can learn from our lesson.”

After watching this video for yourself, leave your comments on how unbelievably amazing this pup named Killian is. We are always looking forward to hearing what you think! 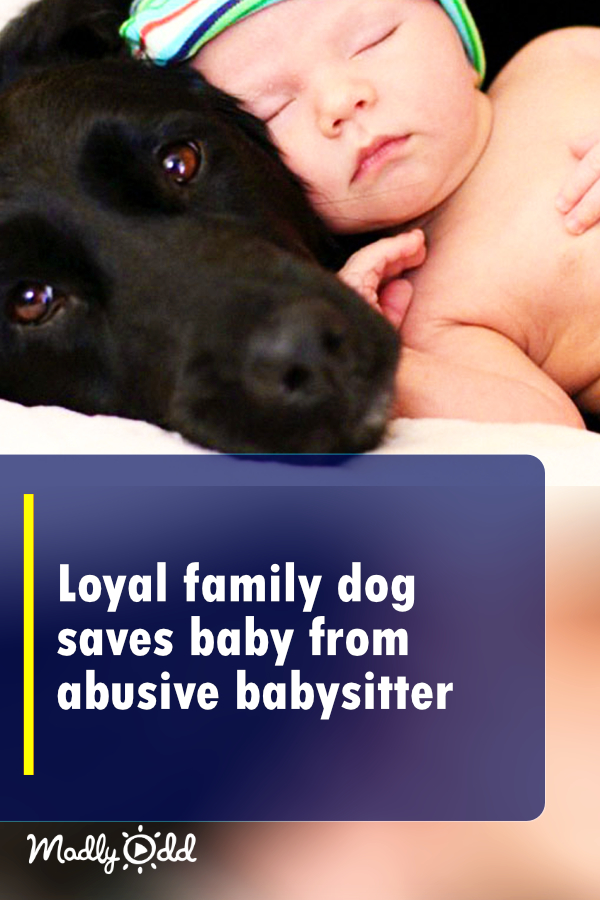