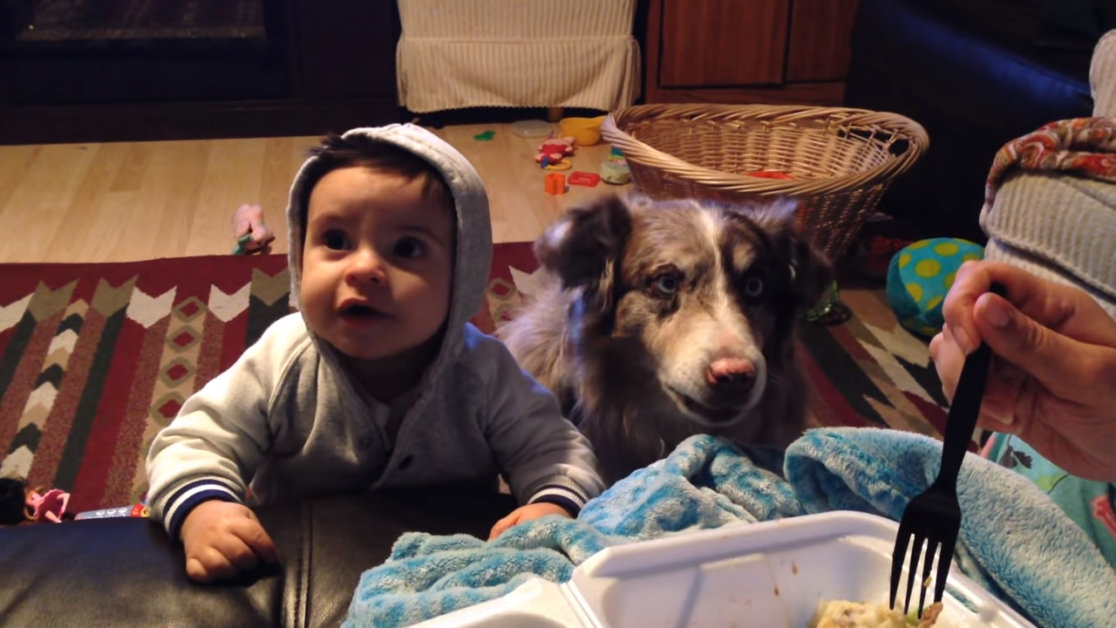 When this Utah mom asks her baby boy to say “mama,” the tyke is upstaged by the family dog who said “mama” instead. And the boy’s adorable reaction is even more hilarious to watch…

Mom is trying to teach her adorable 9-month-old baby Sam to say the word “Mama,” but she never expected to hear it come out of their Australian Shepard’s mouth! Now, I knew this breed was smart, but this dog takes the cake. The icing on top is Sam’s reaction at the end. 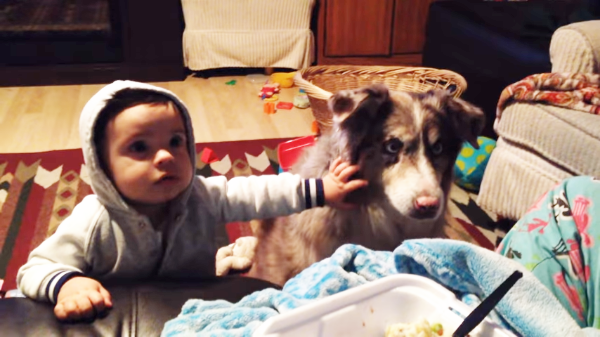 When Sam realizes that Patch is trying to steal his spotlight, he is not happy about it. The expression on his face says it all as he’s grandstanding for attention, but not succeeding like his canine sibling, “Hey, you’re stealing my thunder!”

Watch how Patch keeps his eye on Mom’s every move. He’s incredibly well behaved. He wants some of that tasty food, but he’s patient, watchful, and vocal! Patch’s pronunciation is surprisingly good. If someone told me about this, I wouldn’t have believed it.

The funniest comment we heard was, “That dog deserves more than just that bite of food after that. Give that dog a scholarship!”

In a later video uploaded by Mom, it’s clear that Patch got rewarded with lots of treats for his remarkable performance.  He definitely steals the show (but not the food) with his ability to speak. Give that dog a steak, Mom.