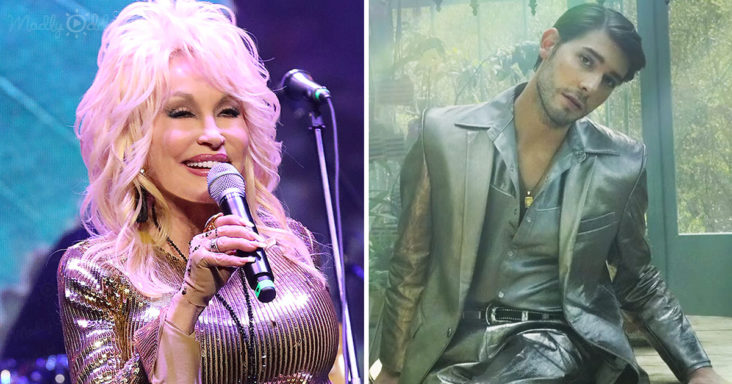 Legend Hank Williams must be smiling wherever he is. What grandfather wouldn’t be proud of his superstar grandson? It’s obvious he grew to look up to his grandfather in high regard.

Sam Williams, grandson to Hank Willams, just broke the ice with his debut album. The release caused sparks in the hearts of his fans and supporters. No doubt, this singer-songwriter put blood, sweat, and tears into this project.

Guess what? This 24-year-old was able to get a Dolly Parton feature. Yes, the legendary “Jolene” Dolly. She brought her glam to the track “Happy All The Time” from the Glasshouse Children album. And there is a beautiful story behind how he got her to feature.

In his interview, Sam stated he grew up listening to Dolly. She was one of his all-time favorites. He said the thought of having her sing with him was bizarre at first. In his words, “I’d always envisioned Dolly singing on it.” so he pulled a bizarre stunt.

Sam thought of the best way to ask such a huge request. Voila! He writes her a two-page letter, the good ol’ fashion way. He eulogizes her and humbly asks for her star presence on his album. And of course, when it got to her, she loved the track and was elated to get on it.

He also revealed that with such honor, he was pushed to produce a fantastic debut album. In his words, “That changed everything for me because suddenly I had this duet with Dolly Parton on my hands. I knew I was going to have to really push myself if I wanted to write an album powerful enough to stand alongside that.”

The track with Dolly was released as a preview for his debut album. It is a bittersweet ballad that talks about money and how happiness is not on its budget. It is such an electric track with Sam’s and Dolly’s uniqueness combined. Other tracks on “Glasshouse Children” include “Kids” “Can’t Fool Your Own Blood” and “The World: Alone.”