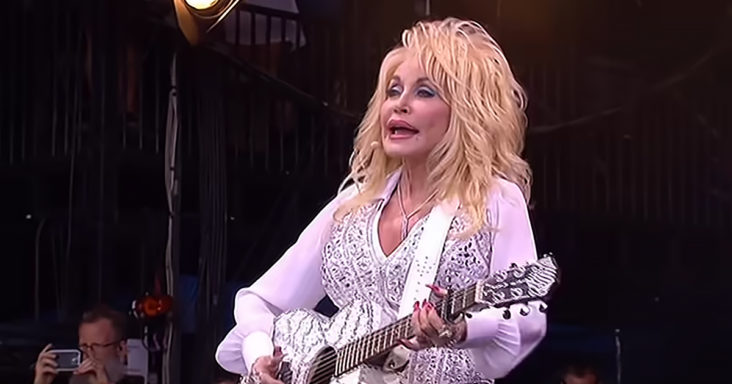 Dolly Parton is not only America’s sweetheart but is also adored by fans worldwide. Her hit songs are known all over the globe, and she has played at countless music festivals. 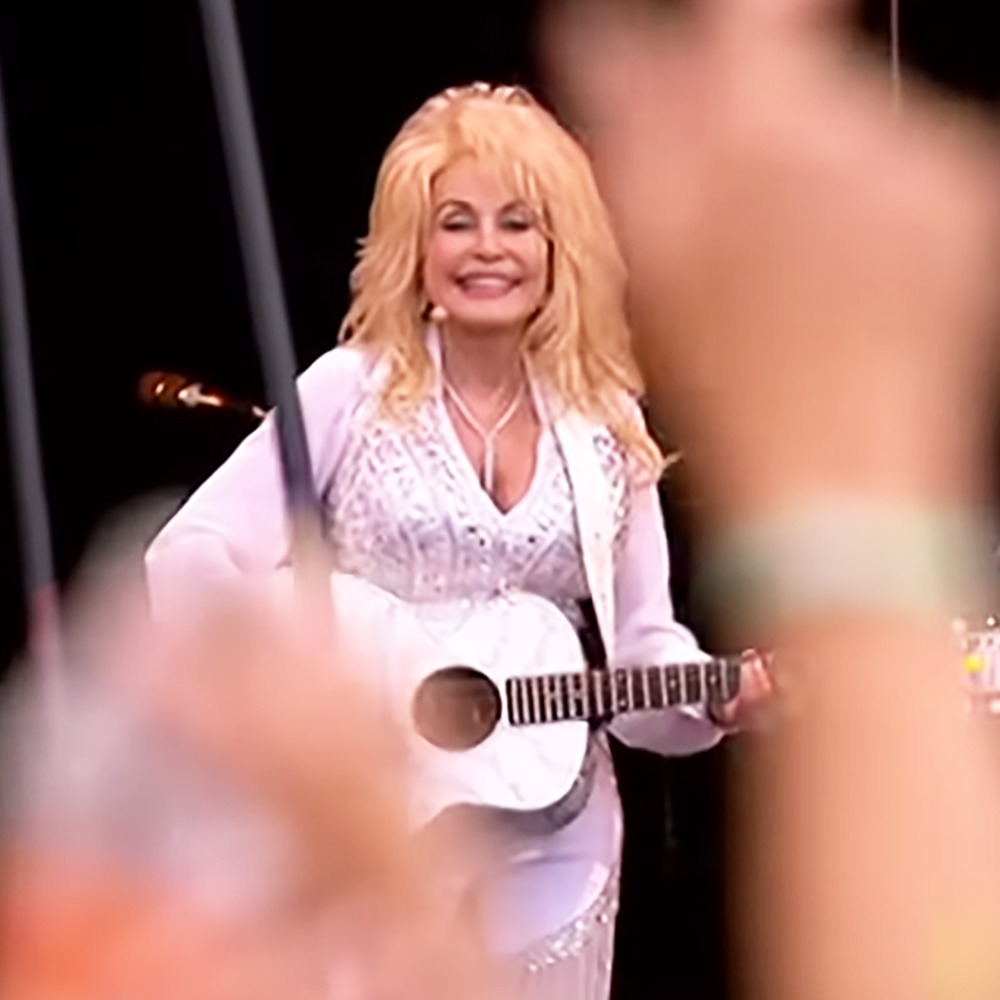 Dolly was invited to perform at the Glastonbury Festival, and she didn’t disappoint. With a crowd of thousands having a good time, Dolly gave them a show they’ll never forget.

Decked out in a sparkly white pantsuit with a matching guitar slung over her shoulder, Dolly asked the pumped-up crowd if they would like to hear a fan favorite: “Jolene.” 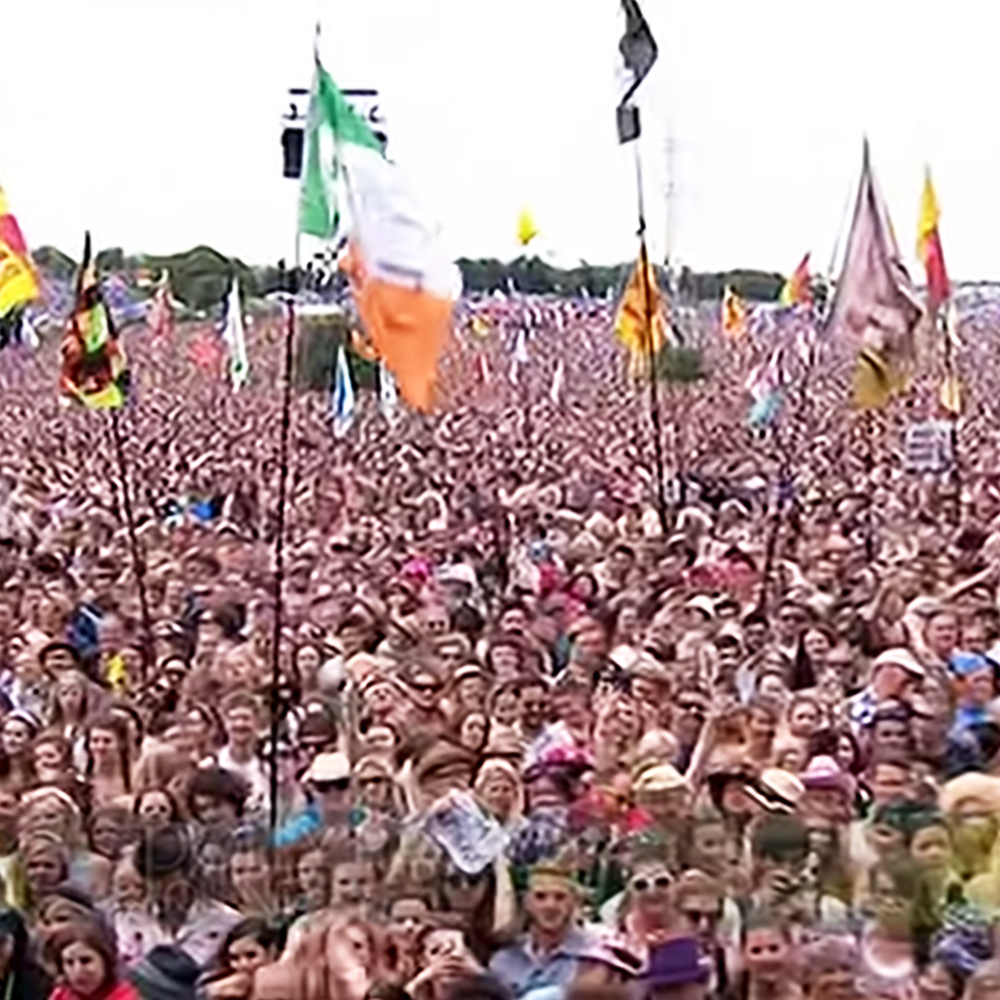 The audience gave a tremendous cheer, and she started her famous song. You can audibly hear the crowd singing along with Dolly, especially the resounding chorus of “Jolene, Jolene, Jolene, Jo-lene.”

Even the security guards can’t help but dance during this iconic song. Dolly always gives an outstanding performance, and her classic rendition of the hit “Jolene” at Glastonbury was no exception. 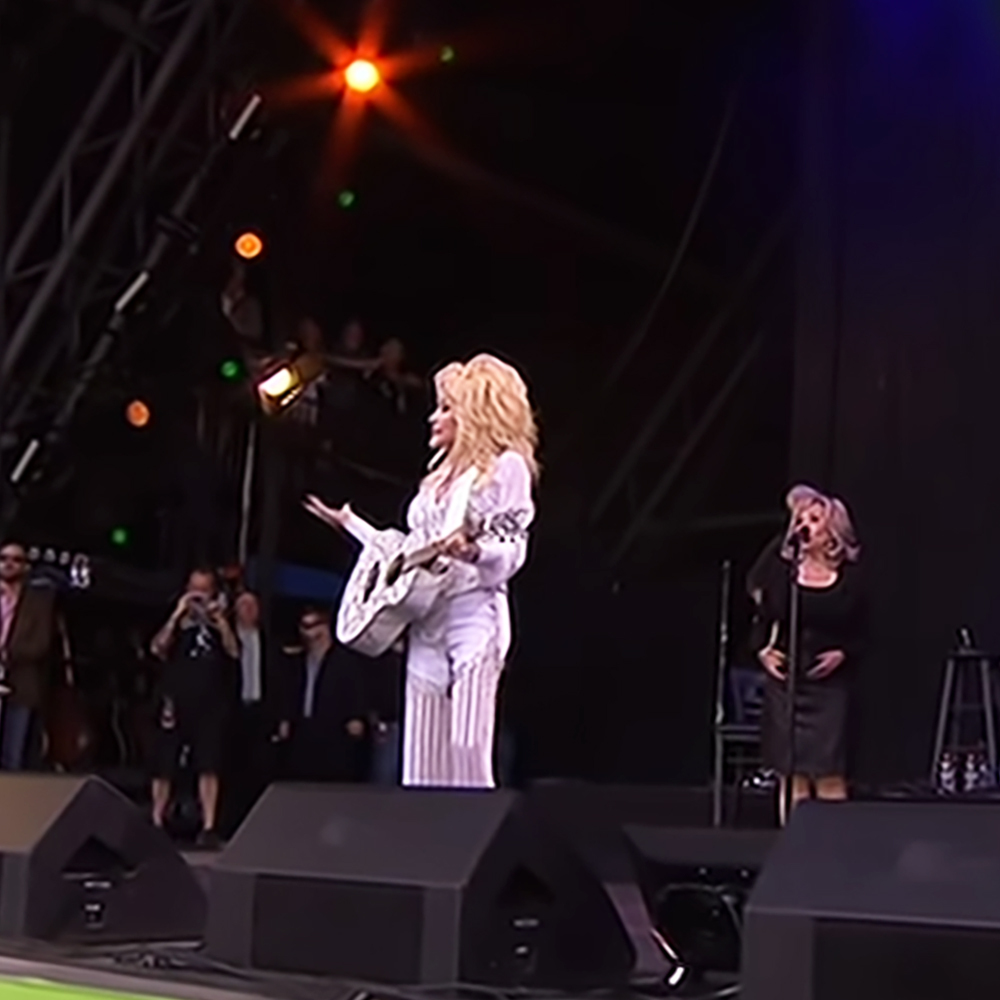 With a great big dazzling smile on her face, Dolly thanks her devoted fans for their support. She also applauds them for joining her in singing her well-known country song.

Glastonbury Festival was a massive success for Dolly Parton. Watching her perform is always a treat. We’re excited to see where in the world she’ll be invited to sing next!