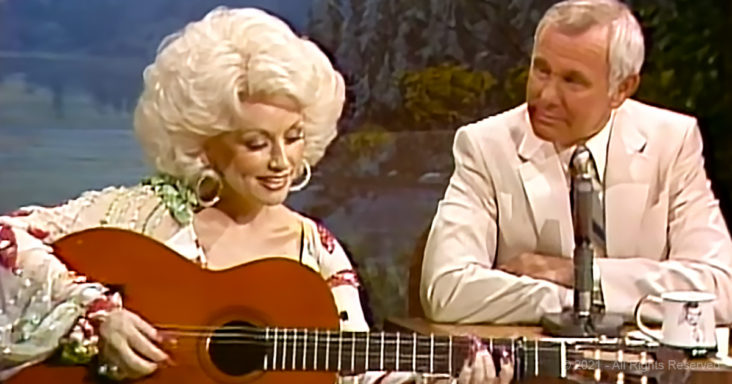 Dolly Parton endeared herself to Johnny Carson and the Tonight Show crowd with her touching tribute song.

Dolly Parton and Johnny Carson are two of the most beloved performers in American music and television history, and this interview perfectly captured their charm and appeal.

Featuring lighthearted banter between two icons, the interview reached its peak when Dolly reached behind the sofa and pulled out her guitar. 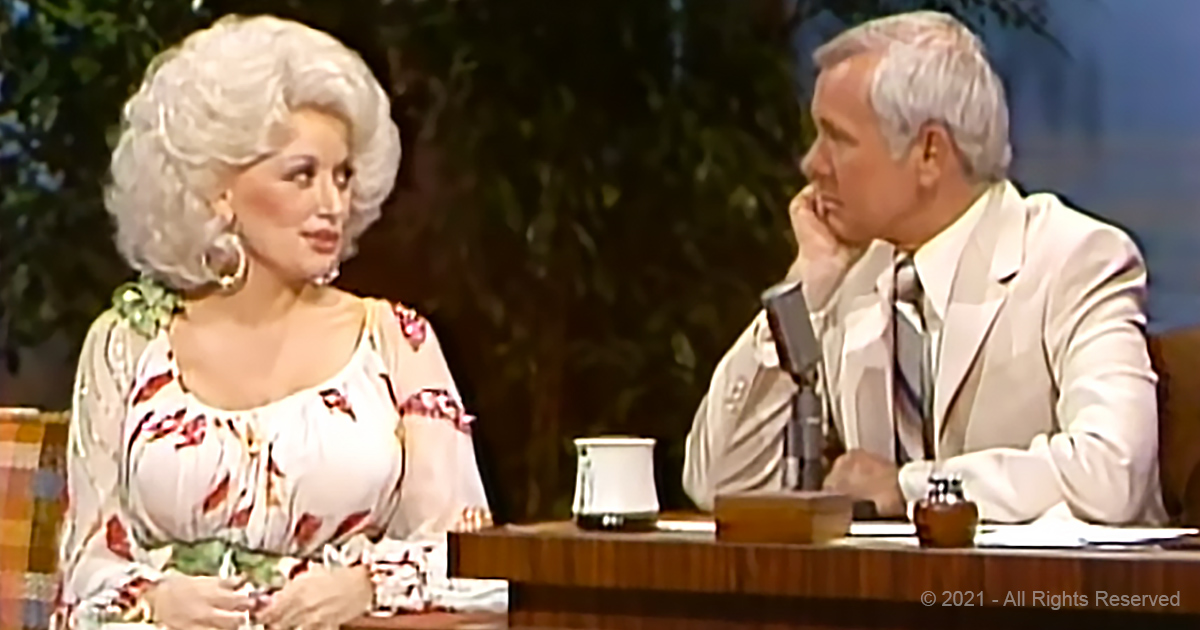 She had written an original song, specifically for her appearance on the Tonight Show and as a tribute to Johnny, someone she truly admired.

Easily strumming her guitar and singing with her signature vocals that fans have grown to know and love, Dolly sang a beautiful song of praise to the great Johnny Carson.

The audience loved it and reacted with applause, but the best reaction was Johnny’s, as it is clear how much respect and admiration exists between these two.