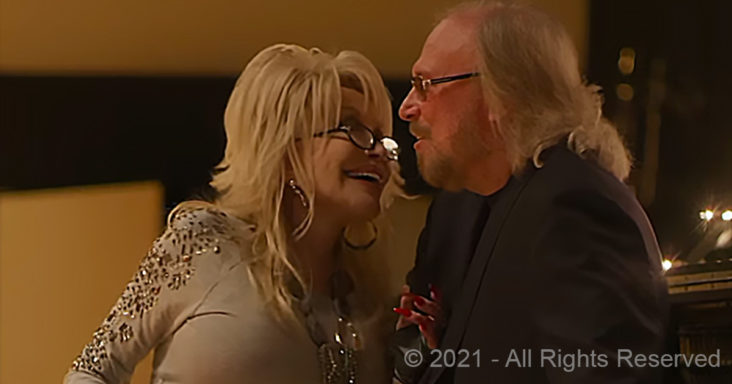 Barry’s falsetto still resonates as it did fifty years ago. To hear him hit the high notes brought back so many memories.

Barry Gibb is the last surviving member of the soft rock group, the Bee Gees. His newly released album is “Greenfields: The Gibb Brother’s Songbook.”

On the album, Gibb collaborates with different musicians to record duets of many of the group’s hit songs. He sings with Dolly Parton on “Words.”

The duet between the two famous singers, who are also personal friends, is beautiful to hear. Barry’s falsetto is complemented by Dolly’s soft soprano voice.

The song is orchestrated with a piano and violins, making the tune smoother and more romantic than the original, which also had a different tempo.

The producer said that he was in awe of these legendary singers. He noted his hands shook as he watched them sing in the studio.