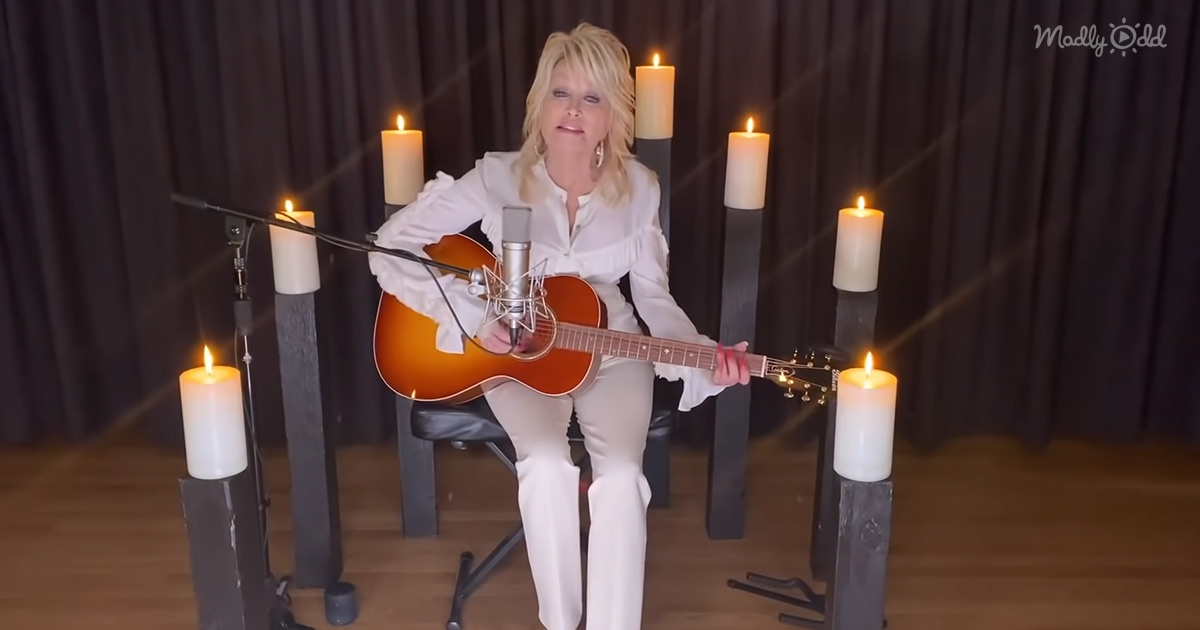 Last month the world mourned the loss of Kenny Rogers who died unexpectedly at the age of 81. Just one artist among the many country stars who were inspired by his presence in the music industry is Dolly Parton, who paid tribute to her friend and colleague in the most appropriate way: by singing one of his songs.

Even while self-isolating at her home due to the coronavirus, Dolly Parton performed on “CMT Giants: Kenny Rogers,” a tribute show benefiting the musicians COVID-19 Relief Fund through MusiCares. There she was joined by other country stars such as Vince Gill, Jennifer Nettles, and Rascal Flatts.

As put perfectly by Margaret Comeaux, CMT executive producer, “particularly in these turbulent times, we’ll stop and take a moment to allow the memory of our dear friend Kenny to bring us together.” Taking that message to heart, Parton did just that through her stirring rendition of Roger’s hit “Sweet Music Man.”

Sitting alone with her guitar in a ring of candles and wearing all-white, Parton’s emotional performance serves not only as a beautiful tribute to the memory of her late friend but also as a light of hope in this ever-changing world. Ending her video simply by saying “I believe in you,” Parton leaves us all with an important message of perseverance and encouragement.