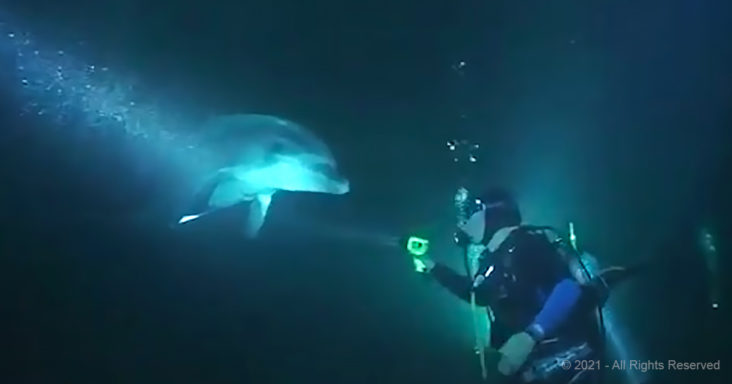 You won’t believe your eyes when you watch this incredible story of an undersea creature interacting in a most unusual way with a human.

One day, a man swimming with manta rays notices a dolphin emerging from the murky waters off Hawaii’s coast. The dolphin gets unnaturally close to the human.

At first, the human wonders why the heck the dolphin is doing that. Then, he sees that one of the poor creature’s flippers is entangled with a fishing line.

There’s also a fishhook deeply embedded in the same flipper. The guy just happens to have scissors in one of his packs. He cuts away the foreign objects—nasty reminders of humans’ lack of concern for other beings.

The dolphin swims away, but not before flipping its tail as if to say goodbye. Stories like this can be a potent reminder that we members of the race known as homo sapiens can both be protectors of the natural world, as well as its destroyers.

If we want the planet to survive, we must do more of the former and less of the latter. The earth is depending on us.