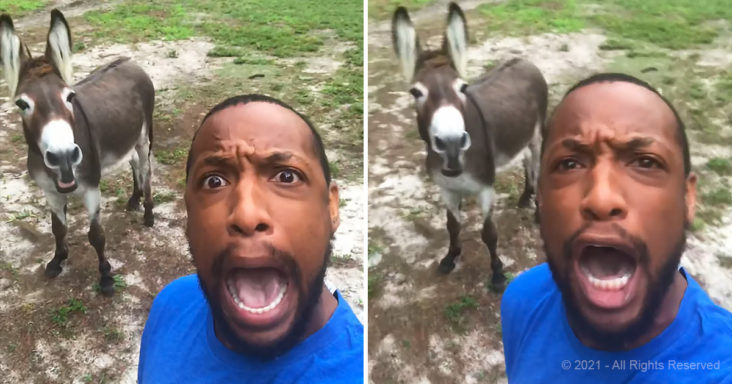 You must wonder if the donkey is really singing along or just annoyed by the loud singing hurting his ears.

A minister in South Carolina had a donkey and some horses for pets. He decided to try singing to the animals and videoing their reaction.

He thought the animals would run away. He planned to chase the animals while he sang. He was surprised when the donkey started singing along.

The donkey raised its ears and began braying. The more the man sang, the more the donkey sang. It bobbed its head to the rhythm.

The horse, on the other hand, was not impressed with all the noise. When the man stopped singing and laughed, the donkey kept on singing.

We don’t know whether the donkey was braying because he liked singing or was loudly protesting. After all, the noise hurt his big, sensitive ears. 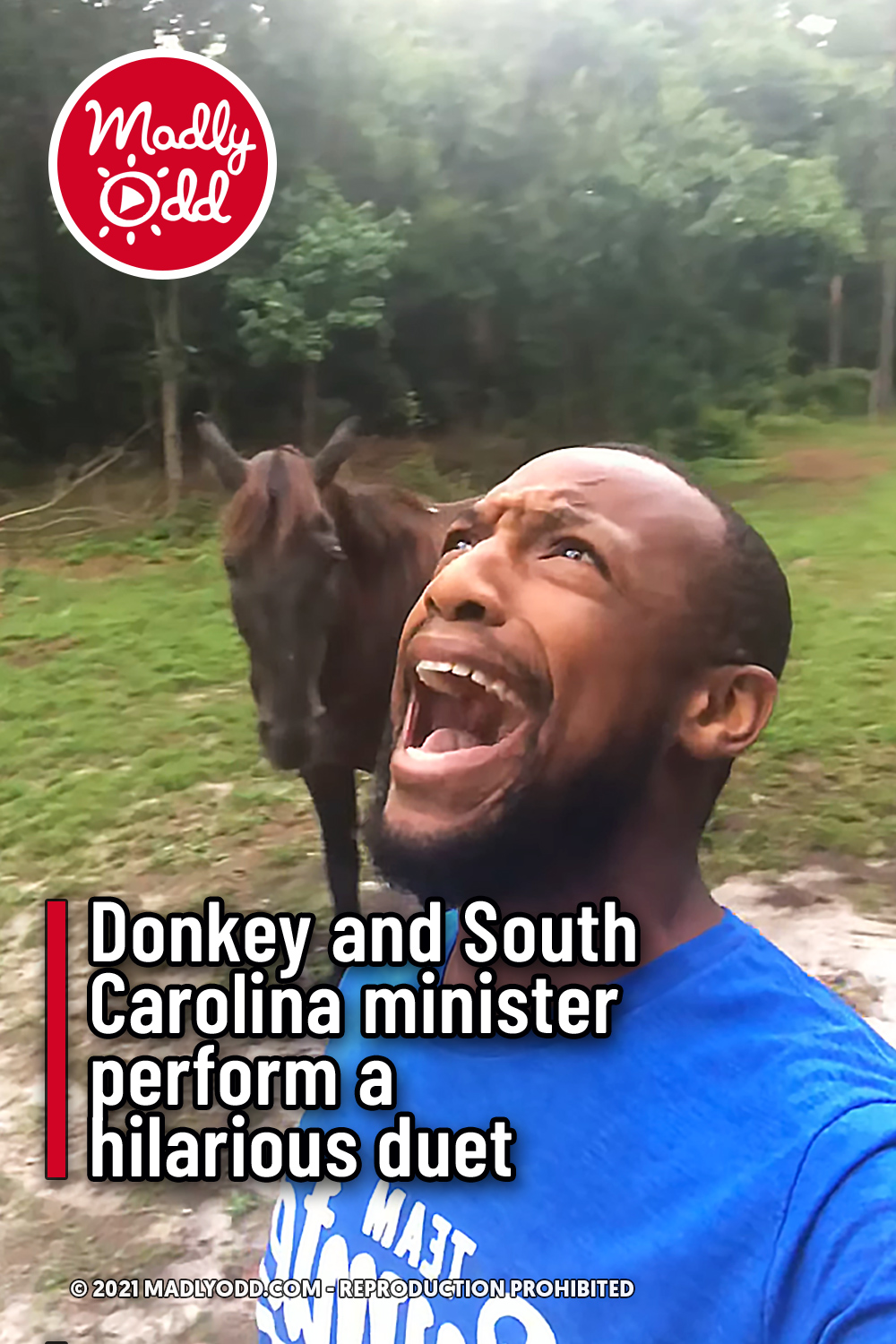