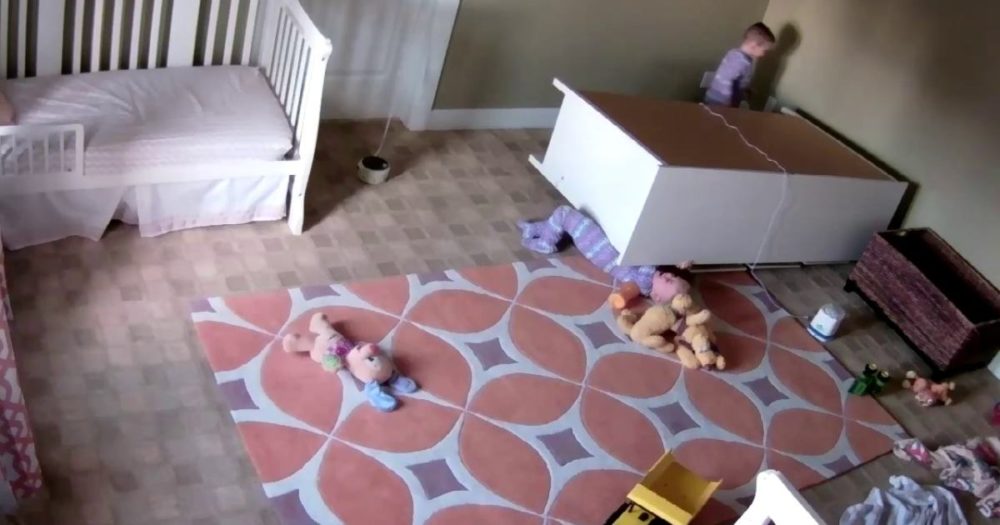 According to statistics, on average, one child dies every two weeks when a TV, or a piece of over-sized furniture or appliance falls over. The video below reminds us all how furniture might end up becoming a real danger in our homes.

Brock and Bowdy Shoff are two year old twins from Utah. These two were playing in their bedroom one day when a dresser tipped over. When Bowdy saw his brother get trapped underneath the dresser, he jumped into action. According to their mom, Kayli, she had gone upstairs for a bit and she did not hear anything. The home security camera, however, captured the whole horrifying incident on film. When Bowdy realizes the dresser is too heavy for him to lift by hand, he starts pushing it. Brock then crawls out. Kayli says both of them were unharmed and were playing again when she came back. Their dad, Ricky, posted it on his Facebook hoping to raise awareness. 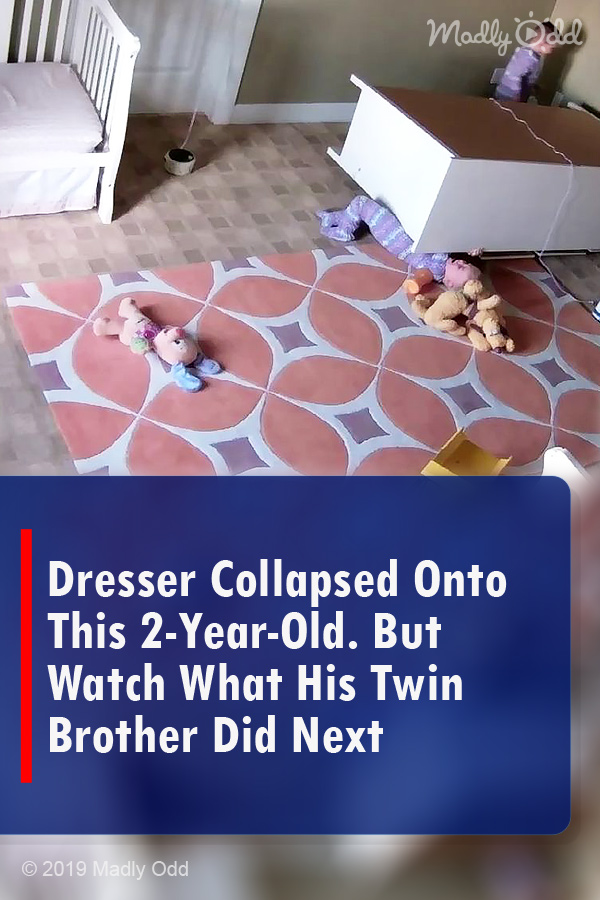