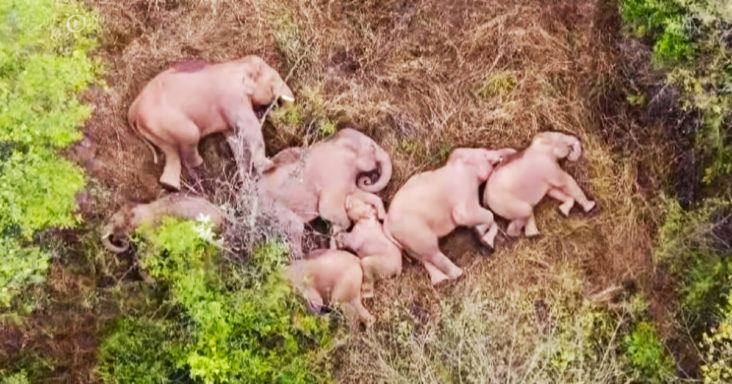 Asian elephants are unfortunately becoming an endangered species over the recent decades and it’s only right to protect them from any harm or danger. Coming across a herd of elephants trekking for long distances from their home forest to an unknown destination isn’t something you see every day.

The video shows a family of Asian elephants taking a nap after trekking for more than 500km. While elephant migrations are a normal event, trekking over such a long distance is a cause for alarm.

There are several reasons that may cause the elephants to trek over such a long distance with one of them being the destruction of their habitat by humans, surging waters or perhaps searching for greener pastures. 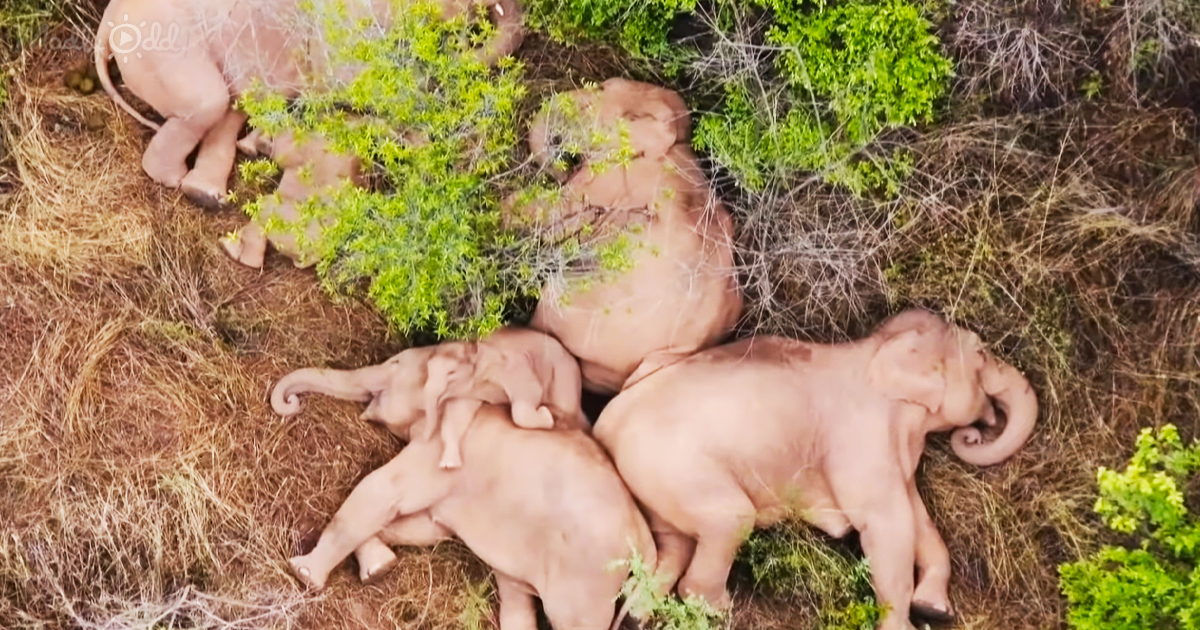 This drone footage shows the herd taking a nap in a local forest near Kunming city in the Yunnan province of Southwest China with an adorable baby elephant playing around.

The herd was initially of fifteen elephants, but one of the male elephants parted from the rest. The authorities are still keeping track of him through the drone cameras.

Severe rainstorms and swollen rivers have proven to be a challenge to the family of elephants on their journey. However, we can only hope that the pachyderms get to their destination safely.

The video has more than fifty-eight thousand views and it’s evident how most of the viewers are concerned about their safety. Meanwhile, we can only keep up with the elephants on their journey to the North and hope for the best.